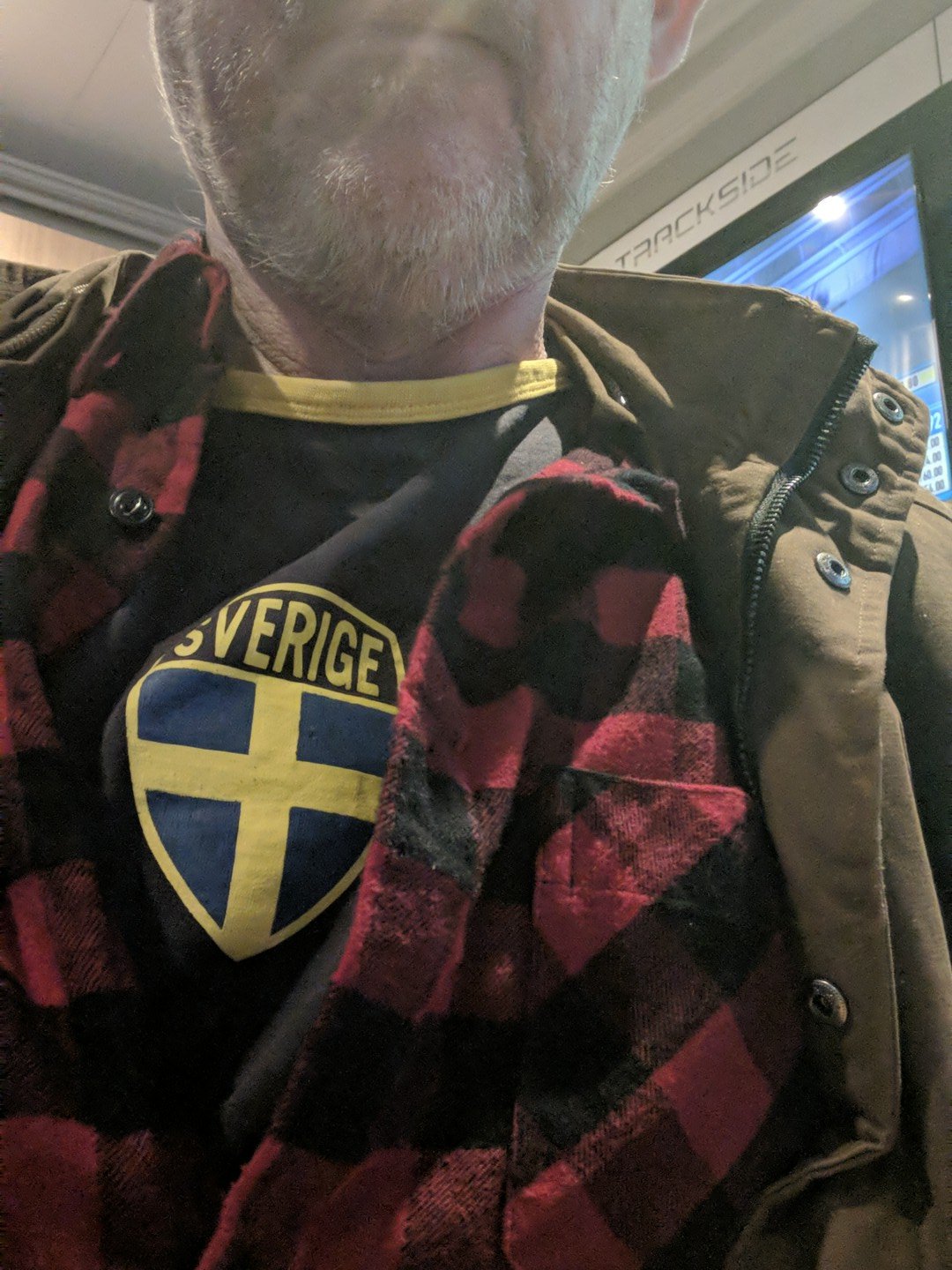 About a decade ago, probably much longer, I remember a friend, Declan, declaring he was supporting England in the World Cup. He was a born and bred Irishman, who concluded that, since Ireland had been eliminated from the World Cup, he should probably support England instead.

Even though my “local pub”, the Crown Hotel, has a fair contingent of Irish bar staff and customers, I’m pretty sure there were no Irish people present for the match on Saturday night/Sunday morning in support of the English football team. On top of that, I’m pretty sure I was the ONLY person at the pub supporting Sweden as they played England in the World Cup.

I doubt anyone in the pub knew the Swedish national anthem in the midst of such a resounding chorus of God Save The Queen.

On Twitter, a couple of Swedish friends applauded my bravery, wearing a Swedish football shirt in the midst of such a strong turnout for the English team.

“On the positive side, it’s my local pub so they’re serving me quickly.”, I told friends, to the reply “Are they pitying you?”

In the end, England were far too good, defeating Sweden 2-0, and deservedly so, as they played well against a largely defensive Swedish team.

But in the midst of it all, my thoughts went back to Declan (now deceased) and how he was prepared to go against the tide in a noisy pub of football fans.