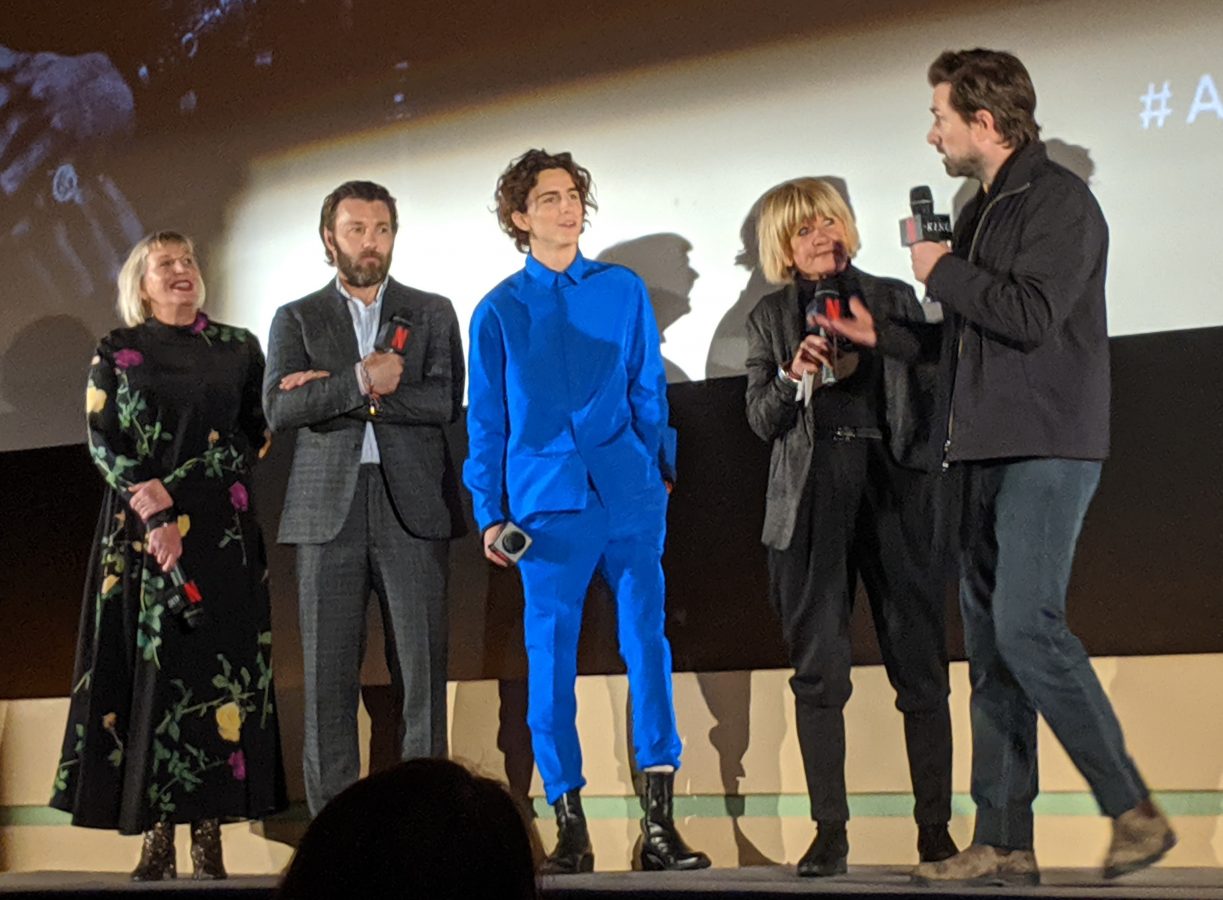 “What would David Stratton say?”, I thought to myself, when Margaret Pomeranz described the film as a “masterpiece”. She was the MC for the red carpet premiere of the new Netflix film, “The King”, a modern take of the story of Henry V.

I’m not exactly sure how, but I scored an invite, and invited my colleague and friend, Jo to come along with me. There was a red carpet, there were several glasses of champagne, and there was a lovely pack of cheese and crackers. What’s not to love?

There were also lots of young men and women (and maybe a couple of 50-somethings) impressed by the premiere night presence of lead actor, Timothée Chalamet. Memorably, he was in the movie, “Call Me By Your Name”, a wonderful story about the summer relationship between two young men. The relationship is complicated by one of them being under eighteen, though there’s not a huge age gap between them. The end of the film is very sad, and I shed a few tears. Oh, and there’s the scene with the peach.

Though he’s a wonderful actor, Timothée is also a bit of eye candy, and there were lots of screams of delight when he appeared on stage. With a much younger audience, there were also a few moments of audience response in the midst of the drama, which, to be honest, didn’t really match with the intensity of it all.

Though I’m not sure I’d agree with Margaret’s assessment that it’s a “masterpiece”, I thought it was very good. It was an interesting combination of different genres including a thoughtful, psychological drama and an action film. There were moments of violence, where I had to turn my eyes away. The muddy, bloody battlefield scene, where it was hard to tell the difference between the two sides, and where you gained an intensity of it all, is memorable.