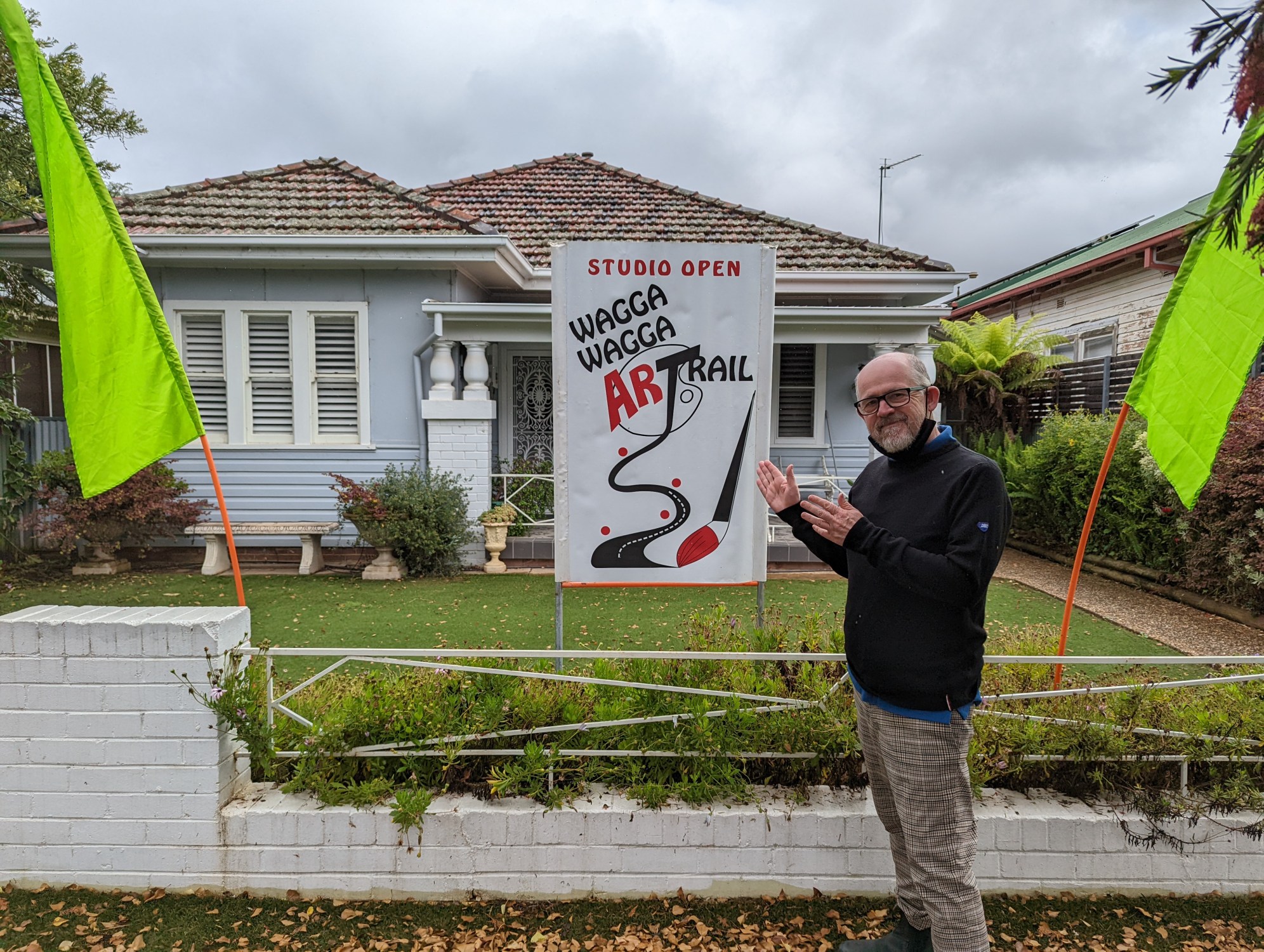 How old are you?

“Do you mind if we ask how old you are?” was a question we asked two people today. Not normally a “polite” question to ask, but it seemed relevant, and we didn’t think the people we asked would be offended. They both answered proudly.

The first was an 84-year old man called Geoff Couzins. We were curious to ask, because he told us he had discovered making art at the age of 72.

He was former commercial pilot who fell into making art after attending a workshop. Since then, he has developed a passion for print-making, has exhibited widely, and has even won some prizes. He went on to describe both the inspiration and detail of many of the works he had on display.

We also visited some other artist galleries on the Wagga Wagga Art Trail this weekend, including those of Sue Pryde, Carol Stewart and Aunty Kath Withers.

Geoff was our favourite, though. We loved the passionate way he spoke about his later-in-life discovery, and for the sheer artistry of his work.

The thing we loved most about the Wagga Wagga Art Trail was the chance to visit “ordinary people” doing terrific things in their regular suburban backyards. Often it was their backyard shed, often it was in a backyard conversion.

The other person we were curious about their age was Olive Ryan.

In 1963, she and her husband purchased the homestead, Monte Christo at Junee, about half an hour’s drive from Wagga.

By the way she described it, things were fairly dishevilled when they bought it, with missing windows, for example. Over a number of years they worked hard, and with passion to restore the homestead, turning it into a modern day “private musem”.

These days the house is open to the public, with a sign proudly declaring they received no government support.

Instead you pay $15 (adult rates) in cash (“I can’t keep up with technology”, she told us) on a self-guided tour.

And then you enter the house which contains a variety of heavy old furtniture and artefacts, to a more modern day bust of Elvis Presley, sitting high on the right-hand-side of an old book-case.

And there are children’s dolls. In fact, there is a nearby museum of dolls which we were encouraged to enter. Neither Sue nor I had much interest in the dolls and left not long after returning for a chat with Olive.