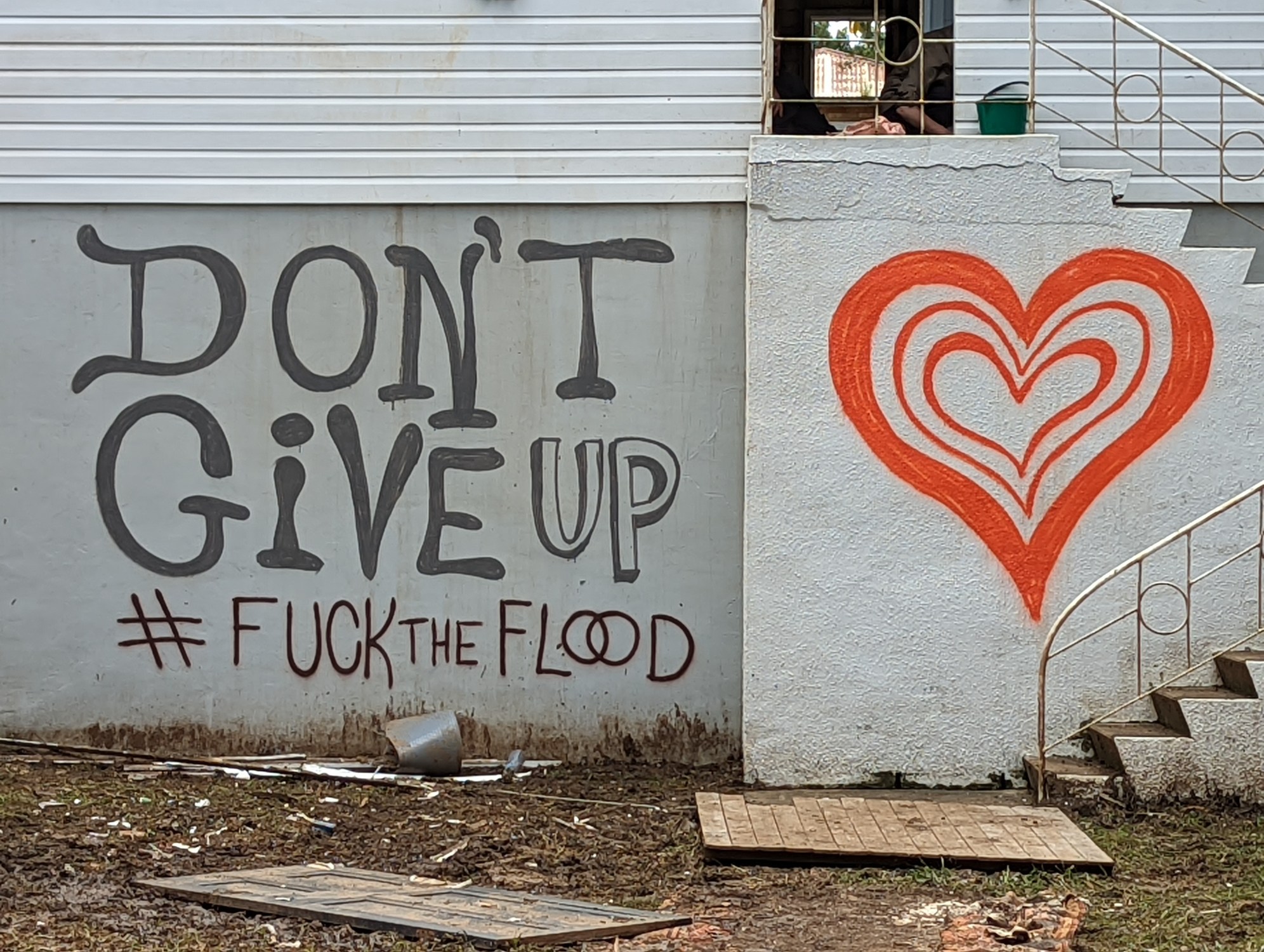 Signs of strength and community in Lismore

“There are signs of life, there are signs of positivity”, a slightly older bloke told me as we chatted on Magellan Street in Lismore today. “Take a look inside the Mecca Cafe. Even the old 50s style cafe booths aren’t looking too bad”, he added.

Even though I’m on leave all week, I went to work at the ABC in Lismore today. For this week I’ve managed to “outsource” most of my day to day activities. But since I didn’t bring a microphone with me, I needed to pop into the radio station to record some material for this weekend’s “Editor’s Choice”.

“It’s nice to do something that doesn’t involve walking around in mud”, I joked with my colleagues there.

It was also interesting to be in the station on the day of visits to the area by the Prime Minister and the Premier. I also made a couple of story suggestions based on our family’s experiences of the last week.

After a couple of hours, I made my way into town for a look around. Being on foot I thought I might be a less obvious “flood tourist”.

As I made my way down High Street, I was able to see how far up the water had come up. I also passed St Carthage’s Cathedral where a number of my family members have been christened, confirmed, married, and farewelled. Despite being on a hill, water entered the cathedral.

I took the same route I had regularly taken last year when I was living here. Unfortunately, there was no stop-off for a beer at the Rous Hotel, as I was inclined to do last year.

“You need to take the long way around”, a bloke told me when I attempted to walk down Woodlark Street, to take the bridge home to South Lismore. So I made my way along Keen Street, before turning into Magellan Street.

And that’s where I met the bloke who recommended I take look in the window of the Mecca Cafe. “My granny was a cook there in the 30s and 40s, and my dad played clarinet in a band there”, I told the bloke.

And from there, I continued my path home, via Union Street, South Lismore, taking in the impact of the floods on the area where I grew up, and where I spent a few months last year during COVID. The devastation to the places I became familiar with last year such as Bowen’s Cake Shop and the Duck Pond Espresso was evident, as these familiar shops were barely recognisable.

But there were, nonetheless, signs of life, strength and community, and I captured some of them along the way today.

In other news, a story about Jack was featured tonight as the lead story on Prime 7 News. I’ll post the video tomorrow.