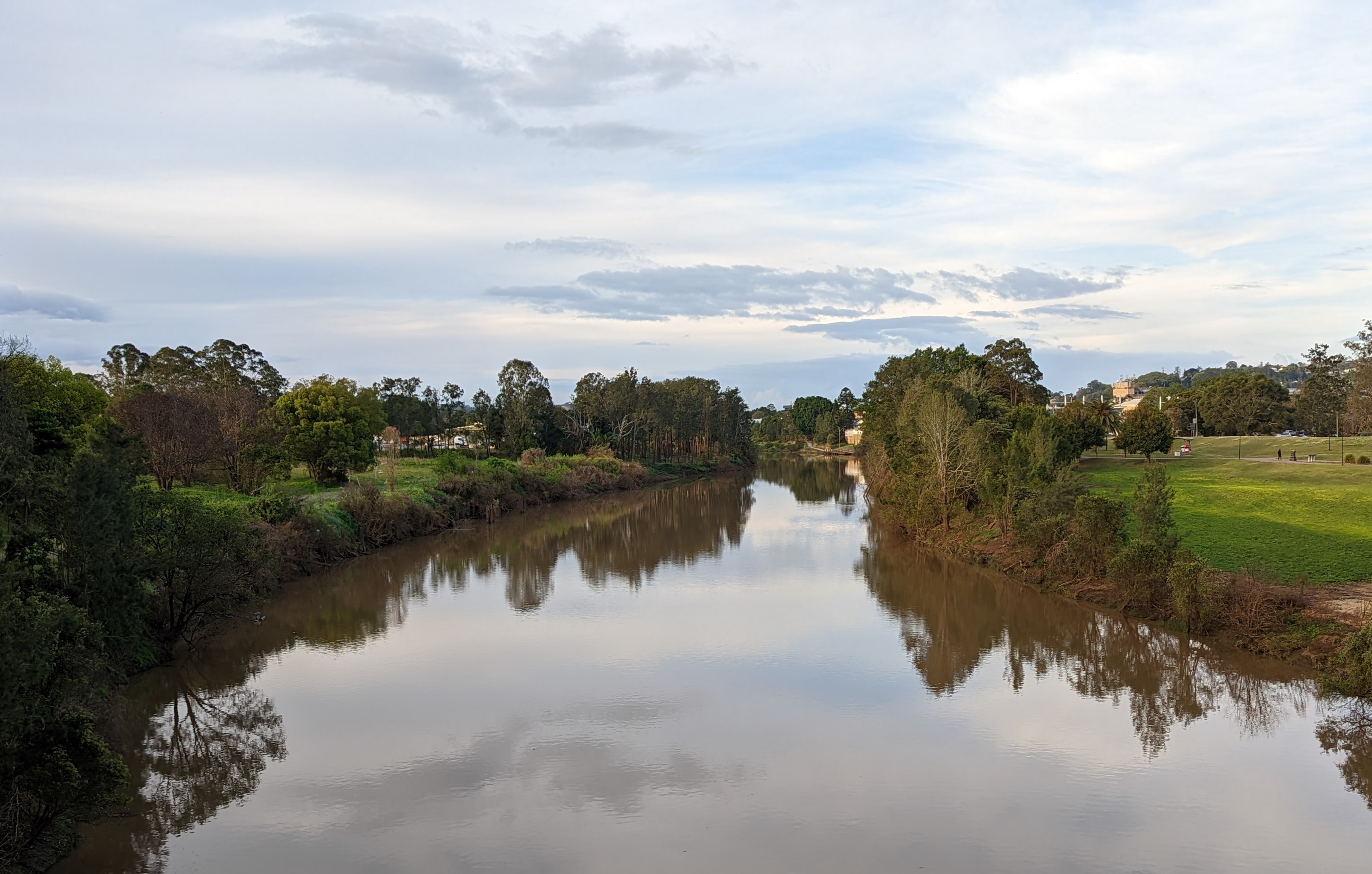 They seem to have either removed or painted over the 1974 flood signs in Lismore. The signs have been a constant reminder of the near record flood that engulfed Lismore. The 1954 flood was slightly higher and saw many more deaths. Maybe the signs have also been useful for those buying a property? Anyway, they’re gone now, replaced by a few signs around the CBD which go up to a 13 metre flood, roughly the same height as the awnings. That’s still not high enough, as the flood peaked at over 14 metres.

No one ever thought the floods would go beyond the 1974 level.

A photograph I shared on Twitter a couple of days ago has sparked a cord with people around Australia. As of Tuesday night, the photograph has reached 300,000 people, with over 1,000 retweets.

Janice : Without being there it is difficult to imagine, then I see an image like this is just unfathomable how high the water got. Terrifying.

The Smith Kid : Holy SH.T that’s is incredible and hard to imagine until we see the graphic. Now that putting the impact of flood into perspective

Jon : I’ve heard people wonder why Lismore is still reeling so much from this year’s floods 6 months on, but this puts it in perspective. Lismore well equipped to deal with floods, but 2022 was unprecedented at a level once thought impossible, but that climate change now makes possible

There were also a bunch of offensive comments from people who said things along the lines of “Well if you live on a floodplain…(followed by an offensive term about people with disability)… and “You’re just posting this for political and ideological reasons…” (meaning climate change). They don’t really add anything to the conversation, aside from repeating their own ideological perspective. But on Twitter, you can always block them, and so that’s what I’ve done.

Hopefully, the photograph has given a new perspective to a lot of people.

It’s mostly the large supermarkets and chain stores that have re-opened. They have the backing of a large corporation behind them. Many of the smaller shops have struggled to re-open.

I’m always optimistic, and there’s room for optimism, but I’ve also encountered a sense of pessimism and a lot of fatigue.

“James, we’re all just bloody tired,” an old classmate from primary and high school told me. She owns a shop, and two houses in South Lismore, all of which were almost completely destroyed by the flood. “We work here Monday to Friday, and then we go home and have to repair our home and Jess’ place”. Jess, by the way, is a young adult who was living in a group home for people with disability.

Six months after the floods and Lismore (and all of the other surrounding towns) are a long way from recovery.