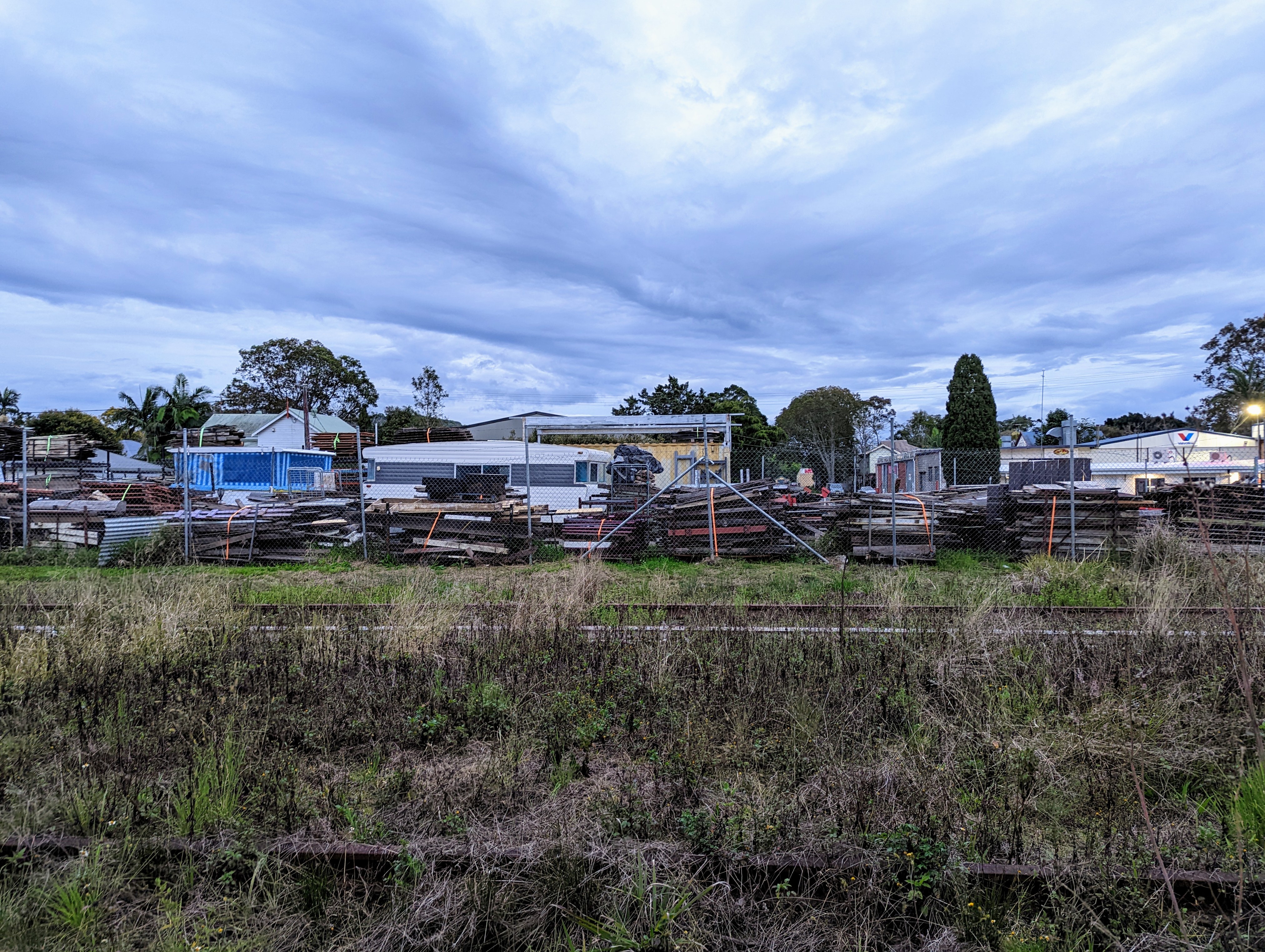 The house that floated

“Have you been down the back laneway near Engine Street”, a family member asked me yesterday.

The area of Crown Street and Engine Street, South Lismore was deeply impacted in the year’s catastrophic flood.

It’s also pretty close to home. In fact you can see our house from the back laneway my family member mentioned.

Near the corner of Crown and Engine, Marion’s house was deeply stained by a leak from the nearby former Boral Plant.

Our family is also mentioned in the article above.

Across the road, there’s a house that caught on fire, while the owner was on the roof, seeking refuge from the rising floodwaters. No, I’m not fucking joking. The woman was seated on her roof, as floodwaters swirled around her, and the roof caught on fire.

For a few months now I’ve wondered about the empty block on Engine Street. I was told the house on the block had “floated away”, but I didn’t know much more until yesterday.

A nearby neighbour confirmed that’s what happened, and she added her neighbour was seeking refuge in the ceiling/roof, as it floated. Thankfully, he survived. And his house has too, kinda, though not where it should be.

Many houses remain empty in the block around Engine Street, Crown Street and Elliott Road. One of our neighbours moved back only yesterday. “No point waiting for the buy-back. Might as well move home and get on with it” seems to be a common refrain. “Southies” are a tough bunch.