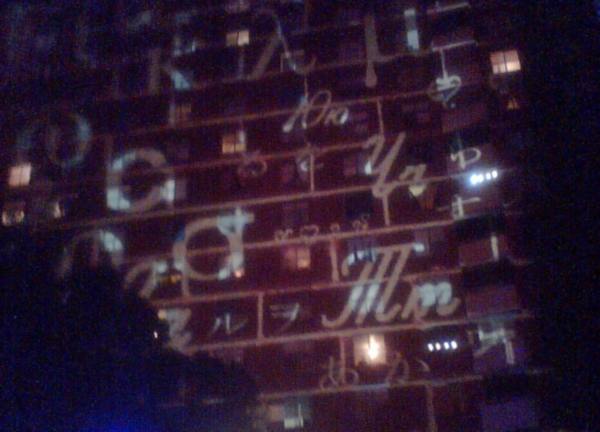 Every day on the way to and from work, I walk past the Northcott Estate. Known locally in Surry Hills as “the twin towers” or “suicide towers”, the estate which houses around 1,000 people has a “bad reputation”. Over the years there have been numerous calls for their demolition, partially due to changing attitudes towards these “eastern europe style” tower blocks, and partially due to the changing demographic nature of Surry Hills. The area is no longer the slums of Ruth Park’s “Poor Man’s Orange”. Nonetheless, Northcott Estate remains an important part, both physically and culturally of the area.

Although I sometimes think “community arts projects” can be well-intentioned, but fail to actually engage with the community, I think this project has probably worked really well. And that’s why I think they’ve managed to avoid patronising those they have worked with, which can be another of the common problems with some community arts projects. That said, those involved who performed were generally older or were children, which may reflect the time those people have to participate in a project like this, but it might also mean the project was considered a bit of an oddity around the estate. I don’t know the answer to that question.

As a piece of theatre it worked well, incorporating music, dance and spoken word vignettes which were both touching and humorous. I loved, in particular, the reminiscences about the visit by The Queen to Northcott Estate in the early 60s are very funny, with my favourite quote being, as “the Queen looked down from the rooftop, she was observed to say I see you still have some way to go with slum clearance”. I was also touched by the comment from an old Chinese woman, Mrs Ho, probably in her 80s or 90s who said, when thanking people around the estate who help her in her daily life, “I’m too old to help anyone any more”.