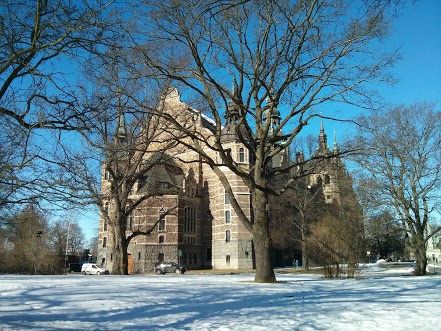 I thought Surry Hills was homo heaven with its large gay population, significant drug taking population, multicultural elements and significant homelessness problem. Even though Hillsong has a branch just around the corner in Redfern (or is it Waterloo?) near the Danks Street Galleries, I didn’t suspect for a moment there would be Hillsong types in my apartment block, but apparently there are. I found a ticket in the stairwell of my apartment on the way home tonight and was shocked. Was it the people in #27? Maybe they live in #4? Who could it be?

I must confess I went to a Joyce Meyer convention a couple of years ago at the Sydney Entertainment Centre. Being a bit of a God-botherer myself I am quite a fan of Joyce, though her brand of theology is probably a lot more conservative than my own. Nonetheless, I really like her work, as she speaks about the importance of a personal relationship with God. Sometimes however, I get a little concerned/confused by some of her comments which suggest a belief in Prosperity Theology. You know, the idea that is commonly a part of televangelist and pentecostal churches which claims God wants Christians to be successful in every way, especially in their finances. Proponents of this doctrine claim that its purpose is funding of preaching throughout the World, and is based largely on a Bible verse (Deuteronomy 8:18) which says, “God gives you the power to get wealth to establish his covenant.” Critics, on the other hand, claim that the doctrine is used by its proponents to become wealthy at the expense of persons who give or that the doctrine’s focus on material wealth is misguided.. A lot of the time Joyce quotes a little too much from Deuteronomy for my liking, but mostly I think she’s okay, as she mostly speaks with honesty and passion.

The only thing I didn’t like about her convention at the Entertainment Centre a couple of years ago was the music. There’s nothing worse than Christian Rock with its infernal blandness. Actually there is, it’s people singing and clapping along to Christian Rock, as they’re usually out of time with the music. It aint that hard if you want to clap properly and with a bit of groove… you clap on 2 and 4, not 1 and 3. Being surrounded by people who clapped 1, 4, 3, 4, 2, 4, 2, 3 made the experience more than I could bare and totally burned me from Christian music once and for all.

And I guess that’s why I was surprised to see a Hillsong ticket in my apartment block… it’s not the Christian stuff… it’s the appalling taste in music.