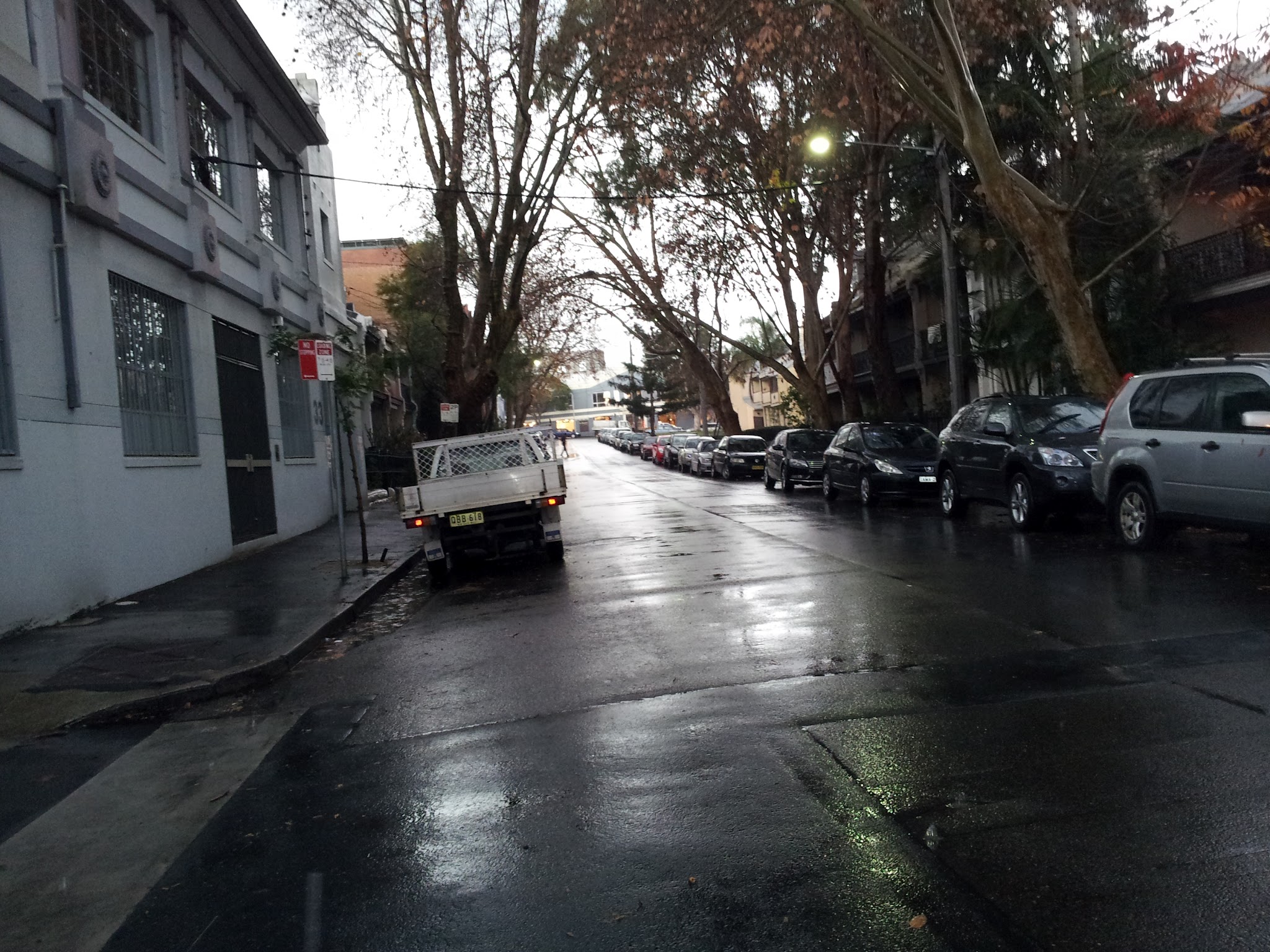 cksonThe wet weather continues in Sydney. Dark, cold and wet actually. In fact it’s been raining fairly constantly since about lunchtime yesterday. I first noticed the rain when my friend Colin and I were enjoying a very nice “flash lunch” at Bentley Bar on Crown Street, Surry Hills. It had been overcast for some of the morning, but about half way through our meal the heavens opened up.

As my work is usually fairly intense and fairly constant, it’s a rare pleasure for me to go out for lunch, a pleasure which I usually only enjoy when I’m on holiday. And so when Colin rang earlier this week and suggested we go out for a “nice lunch” one day, I responded with an emphatic yes.

There were three places we discussed as possible locations. The first I don’t recall now. The second was “Bird, Cow, Fish” which I’d been to once, which I thought was good, though a little noisy. And then when Colin suggested “Bentley Bar”, there was no doubt in my mind.

It’s funny, though, since I remember “Bentley Bar” when it was a fairly dodgy Surry Hills pub, with sticky carpet and rock bands. I’ve been to the renovated bar and restaurant on two or three occasions, including one very memorable occasion when Damo and I enjoyed tapas over several hours on a Saturday night.

One of my strongest memories of that night, in particular, was the dried beef dish. The thinly sliced, air-dried beef was to die for. And so when it came to deciding on an entree, I hoped we would have been able to share that. Unfortunately, it was no longer on the menu, and so the waiter suggested jamon (dried ham) from Spain instead. It was a great suggestion and just the perfect start to the meal.

As we cast our eyes down the menu, we were impressed with what was on offer. Duck? Oh yeah, I love duck. A vegetarian risotto? Yeah, maybe. I ended up ordering the beef cheeks, while Colin ordered the pork neck.

The beef cheek (s), served with an accompany red-wine based sauce, were tender and tasty. Very enjoyable. Colin’s pork dish was also tender and tasty, arriving on a beautifully decorated plate where the sweet corn puree was laid out in a crescent moon shape. We were both really impressed with the accompanying bubble crackling which both looked great and tasted terrific, without all of the usual accompanying fat.

To accompany the meal, sommelier Nick Hildebrandt suggested three wines of varying prices. Being a little budget conscious, we chose the mid-priced Argentinian wine, the Altos Las Hormigas, Malbec 2005′ which was about forty dollars a bottle. “It will open up”, he told us. And it certainly did, after about fifteen minutes, and was the perfect accompaniment for the meals we had chosen.

The boozing continued last night with farewell drinks for Paul who has decided he never wants to experience winter again, so he’s decided to return to England. As he has a four-year working Visa, I suspect he’ll return when it gets cold there too.

Aside from catching up with a mate earlier today for a coffee, a long walk into town, a walk around the Museum of Contemporary Art, and an afternoon nap, I haven’t really done all that much today. I had planned to start reading the new Armistead Maupin book which continues the much-loved “Tales Of The City” series, but I never quite got around to it. I’ll make an effort, though, this weekend.

The weekend? Well, I’m going out to catch up with Graeme and Andrew which we have promised ourselves will not be a repeat of the other week. I’ve also got a fifitieth birthday party to attend this weekend – it’s a worry don’t you think when your friends and workmates turn fifty? – and I might spend a few hours tomorrow at the State Library doing some family history research.

Holidays are good, aren’t they? Despite the weather…