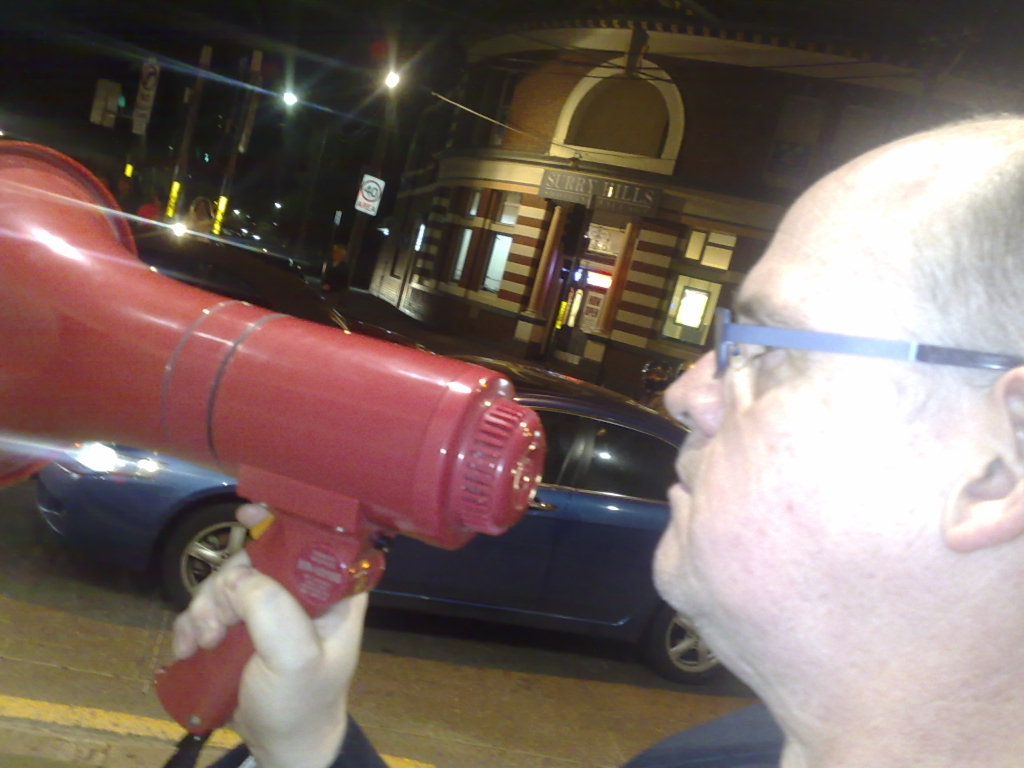 Should I write or call your home, shout it out with a megaphone?

When you’ve been given a megaphone to look after for the night, do you have any idea how tempting it is to misuse it?

It all started at about 6.30 tonight as I was about to leave work. It had been a reasonably busy and exhausting day and I guess I was feeling a little playful.

And so with just a handful of people in the office, I walked around doing “emergency warning messages” to much delight amongst those still in the office late on a Friday. And I mean that. If they thought I was being a wanker they would have told me.

Then, as I walked towards the bus stop with my colleague, Laura, she dared me to use it in the Devonshire Street tunnel.

The truth be told I would have loved to have used it, screaming at all the slow-walkers, and those people who can’t walk in a straight line. “Get out of the way, I’m coming through”, I wanted to shout, but ended up just saying, “hello” rather softly.

On the bus home tonight I was tempted again, but resisted the temptation.

And then tonight at home, I’ve had to stop myself from using and abusing it.

You know how some people “get off” on positions of power? Well, for me the pleasures are a little more simple, I reckon. Give me a megaphone or a microphone…

Speaking of which, I went delving through our archives at work in search of a few items from my former career as an on-air presenter. I’ve been able to locate some great pieces, including a lovely piece where I interviewed Dawn Fraser about moving to a property near Griffith. In particular, I love the opening line, “In just a few weeks we’ll know whether or not Sydney will host the Olympic Games”. That must be – what? – 1992 or 1993?

I did some serious journalism, too, but this piece gave me a giggle and so I thought I’d share it here today.

Obviously today’s experience with the megaphone means there’s a bloke who likes to hear the sound of his own voice, even now.