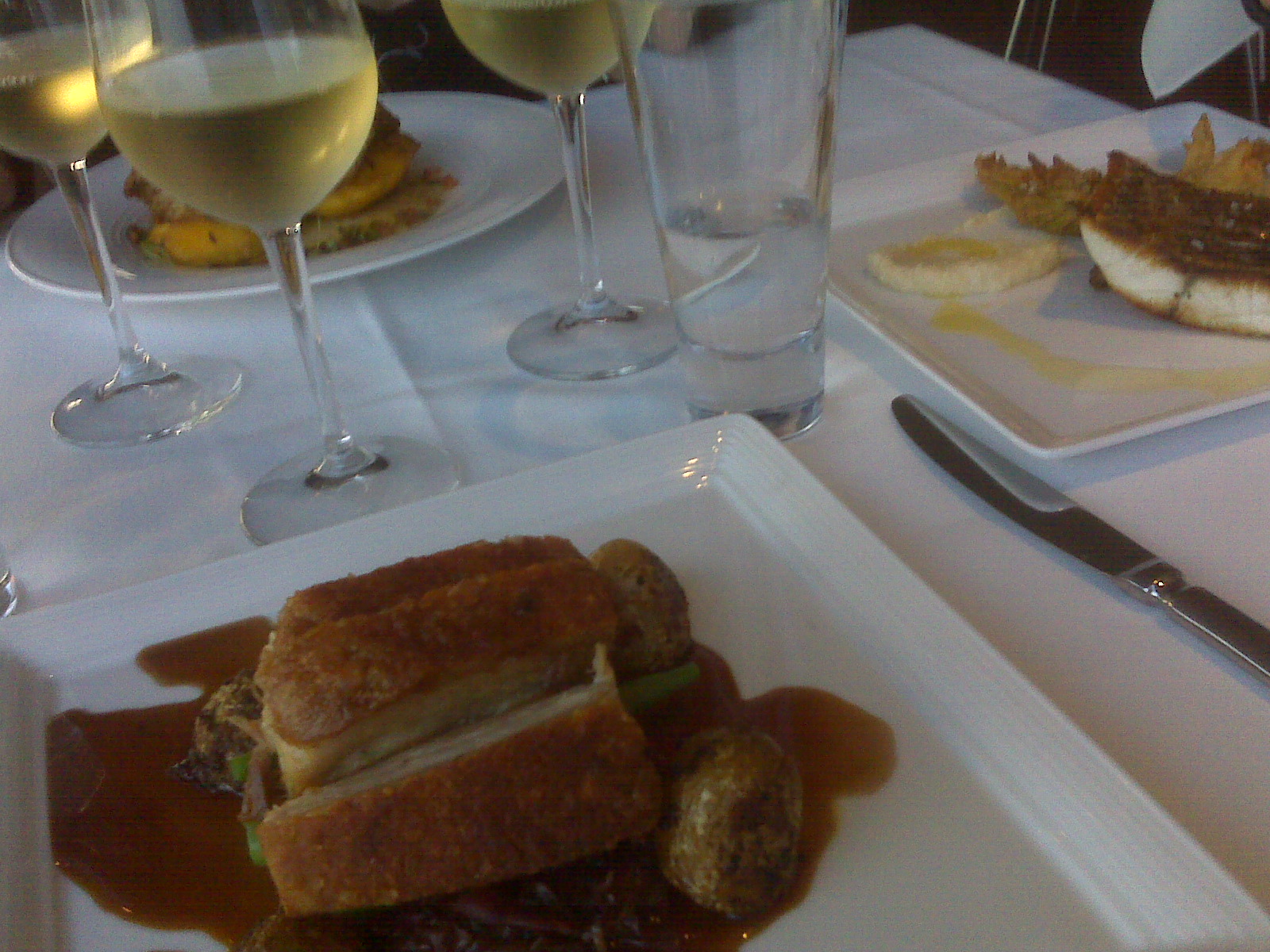 I’m normally quite a good “public transport sleeper”. I can, for example, hop on a bus at Railway Square, going into a deep “power nap” and wake up seconds before I need to get off the bus in Surry Hills On a plane, I am normally asleep before take-off, and also wake up just seconds before the first meal arrives.

On the way home from Cronulla tonight, however, I slept through the stop at Central and ended up at Martin Place. Whoops! I guess it’s the length of the trip from Cronulla, where you go into an intense sleep as opposed to a power nap. Or maybe it was the several glasses of wine and beer that we consumed?

I had dinner tonight with Damo and his boss, as a kind of “farewell” to Damien who is heading off overseas for the next four months or so. Damo and his boss have worked together for twelve years, and I’ve known her for almost all of that time, and so it was also for me, a chance to catch up with her.

And what better a location than the restaurant at the Wanda Surf Live Saving Club. With spectacular views, really good service, great food (including ample portions), and some lovely champagne and white wine to accompany, we had a really terrific few hours together. From the view, we could watch the whales and the seals, and the people coming in and out of the water from their after-work swims.

Seriously though, it’s a good place, and we were blessed with the weather. I don’t go to The Shire all that often, and when I do I always enjoy it. Another friend who lives also at Cronulla rang me during the meal. “She must be psychic knowing I’m in The Shire,” I said at one point over dinner. After dinner, we chatted further at the Cronulla Club (the local bowls club), and Damo gave me a tour of his new apartment. It was a lovely way to spend Friday evening.

The other news of the day is that I started in my new job. It was a day of passwords, printers, distributions lists, and chats about “what do you do? and which days do you work?”

I also appeared briefly on the radio in the weekly debate on James Valentine. The debate today… “that Scandinavia has nothing to offer the world”. It was a perfect topic for me, of course.

So overall, a memorable day in many respects.

On a downside, one of the taxi drivers we had insisted on sharing a few jokes with us. Anti-Muslim jokes. Doesn’t help the cause guys…