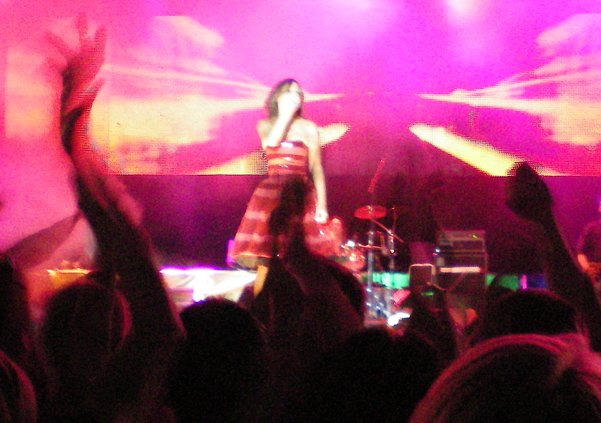 With just two weeks to go, I’m in serious Swedish language mode at the moment.

I’ve restricted all musical listening at home to Swedish pop.

Even on the way to work this morning, I listened only to songs in Swedish. One that really got stuck in my head was a song by Lena Philipsson called, “Mitt namn är Lena Philipsson” (I don’t think I need to translate).

It’s trashy and loud, and doesn’t really add much to the world, except that it’s quite good fun.

And then on the way home tonight, I listened to another song by Lena called, “På gatan där jag bor” (on the street where I live). It’s a ballad with simple lyrics and as I listened to it I had a breakthouugh: I pretty much understood the lyrics from start to finish without the need for a dictionary, and without needing to ask someone to speak slowly.

That said, it’s reasonably simply Swedish. The first few lines for example are…

In the grand scheme of things, it’s not all that complex, I admit. But I will still reasonably proud.

Fairly simple pop songs have been a great help to me in learning Swedish. Though I sometimes wonder if I’ve been learning to say things, which as the nature of pop songs, would sound quite ridiculous in real life. Ah well, I shall find out soon enough, I guess.

And when I walk through Swedish Customs in a couple of weeks time, and they ask me my name, I’m hoping I don’t launch into a chorus of “Mitt namn är Lena Philipsson”.