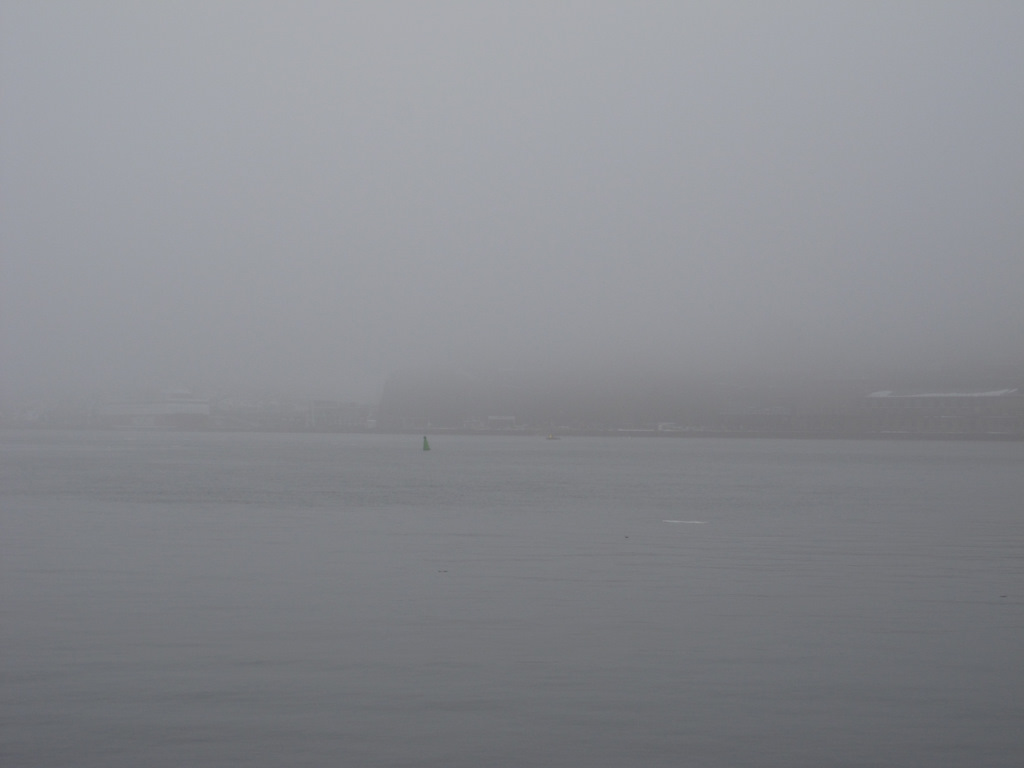 As if the weather today wasn’t depressing enough, when I walked into Torget in Gamla Stan for a late afternoon glass of wine, they were playing Billie Holiday. I was just about ready to jump off Västerbron.

Despite the weather – the technical term was “shitty” – I had a reasonably lovely day. I had great lunch at the well Danish/Swedish chain Jensens Böfhus, I looked around the city and took many photographs and, I went to the Moderna Museet.

As a collection of contemporary of art, it’s quite conservative. The collection is mostly comprised of traditional art – paintings, photographs, sculptures – though they do have some video art. I watched a short film by William Kentridge called “Journey To The Moon” though regrettably I have no idea what it was about. It was interesting though. And although they have quite a bit of European and North American art from the twentieth century – Liechtenstein, Pollack etc – I was more interested in the Swedish art they displayed. So that’s where I concentrated my attention. Particular favourites from the Swedish collection incuded a piece by Öyvind Fahlström called “World Bank” which features a mountain of gold bars surrounded by images from debtor nations. There was also a beautiful piece by Beth Laurin called “State of Mind” which is a long circular sausage made from vinyl (perhaps) where two faces meat. And on a slightly Swedish note, there’s a really lovely photograph of Ingmar Bergman by the American photographer, Irving Penn. Bergman has his eyes closed. There’s also a great piece by the Japanese conceptual artist, On Kawara which is a series of postcards sent to a doctor in Sweden from different parts of the world which simply say, “I got up at….” (and then the time is listed). Loved it.

I spent a few hours at the gallery, and a few hours wandering around the city more generally.

I can’t believe how many different types of weather I’ve experienced in Stockholm on both this trip and the last. On Sunday, it snowed. Yesterday it was warm and sunny. Today it’s grey, overcast, and slightly drizzly. In the midst of it all, I thought to myself “could I live here?” And I think the answer is yes. My Swedish needs to improve. But yes, I could.

And tomorrow, I’m off to Manly. Or what appears to be Stockholm’s answer to Manly called Saltsjöbaden. After a few days in Hotel Micro, I’m moving into a grand old hotel which has mixed reviews. Some say it’s lovely, romantic and so on. Others say it’s close to Fawlty Towers.