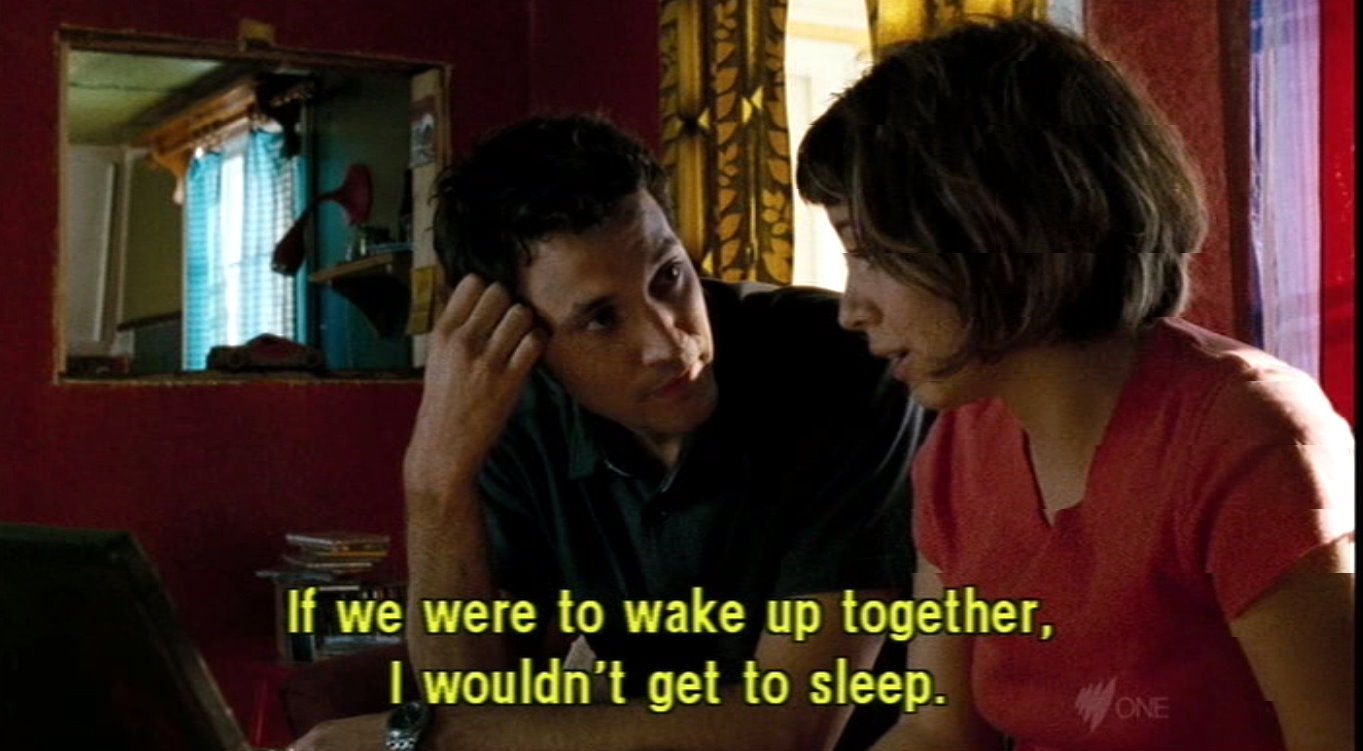 There have been Swedish films two nights in a row on SBS TV. One on SBS1, the other on SBS2. Of the two, my favourite was “Fröken Sverige” (literally “Miss Sweden”) which screened tonight.

The title, of course, is ironic, as it deals with a young woman living in a country town in Sweden who finds life rather complex and confusing.

She’s involved in so-called “fringe politics” where she is involved in “indie music” and “protests” about a range of subjects, with the consumption of meat at McDonalds a recurrent theme. Oh, and Australian animal rights campaigner, Peter Singer gets a brief mention.

But she also longs for more traditional notions of femininity and a relationship, which involves her in a number of personal compromises, and which puts her at odds with her friends. One of her female friends clearly has a bit of a crush on her. Meanwhile, she embarks on at least two significant relationships in the film. She also “connects” with the young man her parents have brought into the house because he has nowhere else to go. Yes, it’s very “Swedish” in that regard.

What I liked most about the film, as I do with most Swedish films, is the honest way in which people speak to each other. People EXPRESS their point of view, though not necessarily their feelings, an important distinction. You also “feel” for the character, as she makes mistakes, recognising the mistakes you’ve made in your own life, and the “compromises” you’ve made for love.

Miss Sweden, originally titled Fröken Sverige, is a 2004 Swedish film directed by Tova Magnusson-Norling. The film tells the story of Mona (Alexandra Dahlström), who lives by herself in a cottage in the forest, and has a dead-end job in a toilet paper factory. She is trying to find herself; she has a dead-end job, yet has a talent for computer layouts and photography; she is an activist on causes such as veganism and anti-capitalism, accompanying her friends on demonstrations, but it seems that she may be doing this just to fit in. When at home, by herself, she listens to commercial pop music and uses make-up. As the story progresses, it transpires that she lacks self-esteem, and is used and abused by what she takes to be her friends. Boys are happy to have sex with her, but dump her soon afterwards. She begins to gain self-confidence as she comes into contact with Jens (Leo Hallerstam), a troubled teenager whom the local authorities have entrusted to Mona’s parents, perennial foster parents and do-gooders, to look after.

I felt less strongly for the other film, Lilya 4-ever, which was a film about a woman who moves from Russia to Sweden.

Wikipedia summarises the film as..

Lilya 4-ever is a 2002 Swedish drama film. It is director Lukas Moodysson’s third feature film which marks a sharp change of mood from his previous two films, the uplifting love story Show Me Love and Together, a comedy set in the 1970s. Lilya 4-ever is an unremittingly brutal and realistic story of the downward spiral of Lilya, played by Oksana Akinshina, a girl in the former Soviet Union whose mother abandons her to move to the United States. The story is loosely based on a true case and examines the issue of human trafficking and sexual slavery. The film received positive reviews both in Sweden and abroad. It won five Guldbagge Awards including Best Film, and was nominated for Best Film and Best Actress at the European Film Awards.

I just couldn’t get into it. Maybe I was in the wrong mood? Using my fabulous new PVR, I have recorded the film, and will probably watch it back when in a different time and space.