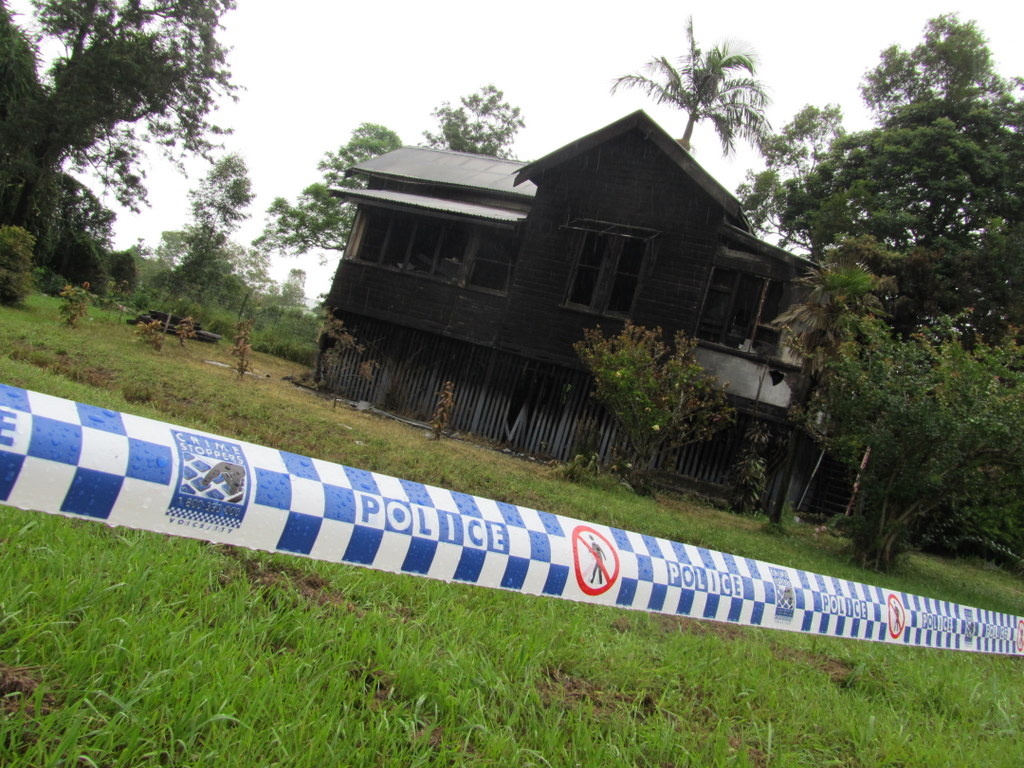 I feel sorry for the people who live in the house around the corner that burned down on Christmas Eve. Even though it was raining quite heavily, the house caught fire and was pretty much destroyed.

Apparently they were away on holidays, so it’s going to be a sad return home for them. A couple of days later and the house still has a strong smell about it, as we discovered when we went on another big afternoon drive around town.

It’s Sunday night and raining quite heavily outside. Even though we had a reasonably fine day – a relative statement, since there was no sign of actual sun – it’s been raining fairly constantly for the last few hours. Earlier today, the Weather Bureau and the State Emergency Service advised people in lower areas to be prepared for evacuation, particularly around the Tweed.

It’s a stark contrast to conditions first thing this morning. In fact, when I finished work this morning at about 6 o’clock you’d have thought it was winter, not summer, as there was a lot of mist around the place.

While most recent summer holidays to Lismore have been characterised by hot, humid, sunny conditions, that’s not the case this year

It’s a bit of a relief actually, since I slept most of the day. By the time I’d woken up the Australian cricket team were bowled out, and there was renewed talk of flooding: a lot can happen in just a few hours.

It’s been a reasonably lazy day since, watching a bit of television, hanging out with the family, and catching up on some local newspaper reading.

Aside from that, there’s buggar-all to read in the local papers.

Still, there are things to keep me interested and busy, such as this Flood Watch issued a short while ago…

Note: This Flood Watch is a “heads up” for possible future flooding and is NOT a Flood Warning [see note below].

Further rain is forecast for Sunday and early Monday for the NSW northern rivers and mid north coast.

The above catchments are wet from recent rain so there is a higher than 70% of further flooding developing Sunday and Monday in the following:

This Flood Watch means that people living or working along rivers and streams must monitor the latest weather forecasts and warnings and be ready to move to higher ground should flooding develop. Flood Warnings will be issued if Minor Flood Level is expected to be exceeded at key sites along the main rivers for which the Bureau of Meteorology provides a flood warning service. Across NSW, about 70% of Flood Watches are followed by flooding.