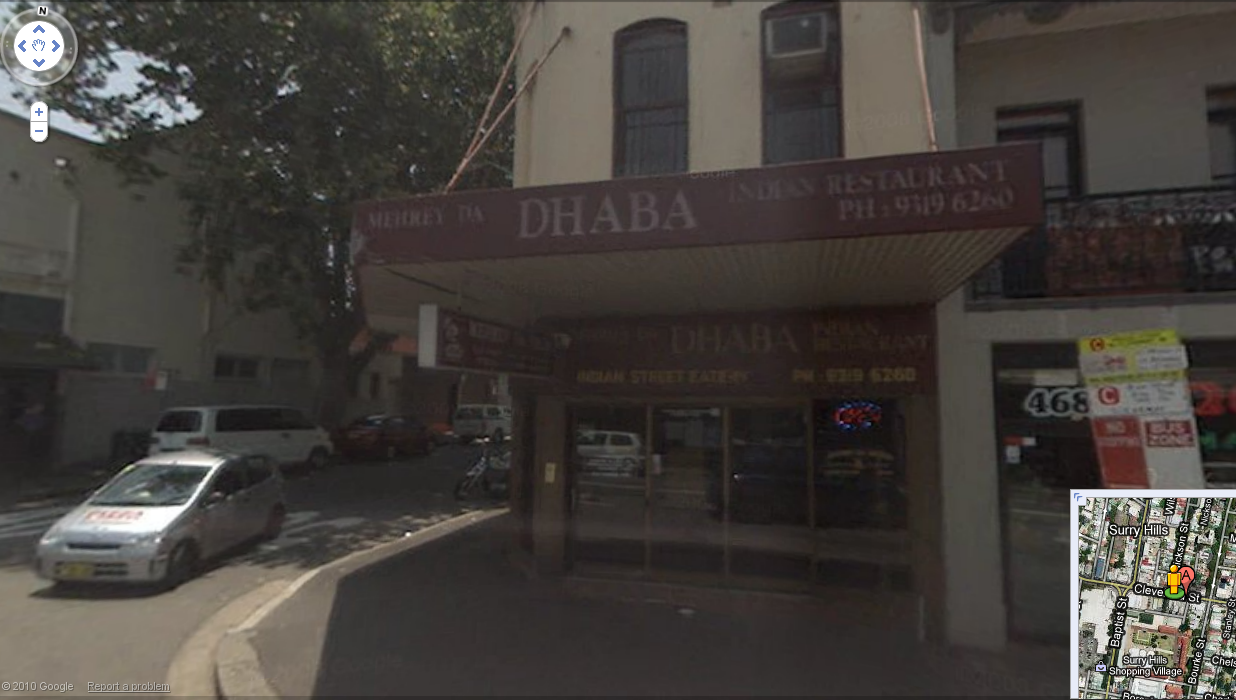 I honestly can’t remember the last time I ate at “The Dhaba” on Cleveland Street.”The Dhaba” is, by the way, a legendary Indian restaurant in my neighbourhood, and I think possibly one of the first Indian restaurants in the area.

And when I moved to Surry Hills – just a few hundred metres away from The Dhaba – it became for a while my default restaurant. You know what I mean? “You feel like a meal. Let’s meet at The Dhaba” became a recurrent refrain in my life for many years.

This wasn’t hard to do because the food was so good. Malai kofta was always on the list, as was mango chutney, pickles, raita and peshwari nan. In fact, that combination was usually enough to make for a tasty, filling meal.

Now, of course, we’re almost spoiled for choice when it comes to Indian restaurant. And although that’s not without incident – who can forget the famous Indian restaurant explosion of July last year – I guess that’s additional choice is part of the reason, I haven’t been to The Dhaba for a couple of years. But when my friend visiting for work from Canberra suggested dinner, and suggested The Dhaba, I couldn’t resist the invitation.

Anyway, we met at nearby Bar Cleveland for a couple of beers and catch-up. And then we wandered over the road to The Dhaba which was absolutely packed. It was actually a little noisy, so we sometimes struggled to be heard. But the food was good, and we had a great time. I’d forgotten until tonight just how good “The Dhaba” is. I must get back there more often.

After dinner, I made my way to our regular Wednesday catch up at the pub in Lewisham. Aside from chatting, we spent a bit of time watching the tennis.

Although we all agreed Roger Federer was both a good tennis player and lovely bloke, we were also quite impressed with Gilles Simon. Impressed not so much with his tennis playing, but with his cute face and great legs. Oooh, those legs! I know it’s shameful to reduce someone down to their physical characteristics, but sometimes it’s hard to resist the deep core in human nature to find attractive people likeable.

“Oh no”, I told my friends as I did a quick online search to find out more about Mr Simon. “He has a wife and just had a baby a few months ago”. Talk about disappointing.

It was the only disappointment, however, in an otherwise lovely evening.