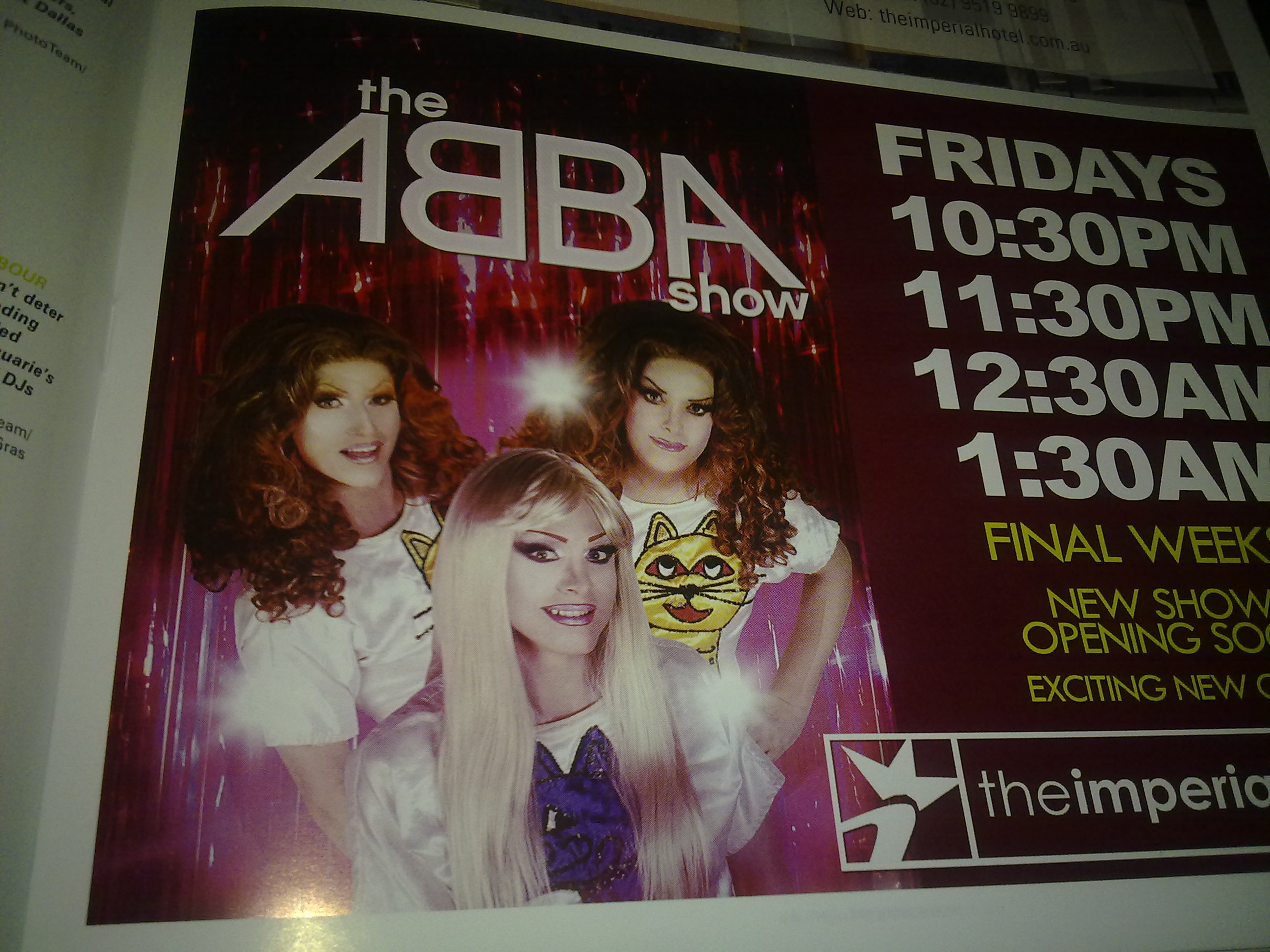 Almost too old for retro

The musical genre, “retro” has always been a 70’s thing to me. ABBA. Village People. Racey. Even a bit of Bay City Rollers. You might even extend the genre at the absolute extreme to include music from the early to mid 1980s.

But at about one o’clock this morning at Palms on Oxford Street I suddenly realised “retro” now seems to kick in at about 1990. “Oh my God”, I thought to myself, “I’m too old for even retro”.

I can only blame the full moon to explain how I ended up at Palms on a Friday night along with a whole bunch of people who had left work at about five o’clock, went to the pub, and then also somehow ended up at what I call “The Blue Light Disco of Oxford Street”.

It’s a great venue and the place where you go for a night of absolute indulgent pleasure. Nobody dances particularly well, nobody looks particularly cool, but everyone has a great time.

The only downside with Palms is its location right next door to the Adult World Sex Shop. You’re standing in the queue and you run into someone you know who asks what you’re up to tonight, undecided if you’re in the queue for Palms or just killing time before heading upstairs to the sex shop. In fact, it occurred to me a few of my favourite places on Oxford Street including Never Mind bar and Snake Bean restaurant are located right next door to sex shops.

Anyway, it was a fun night even if I did discover I’m practically ancient and that “retro” is an ever-expanding musical genre.