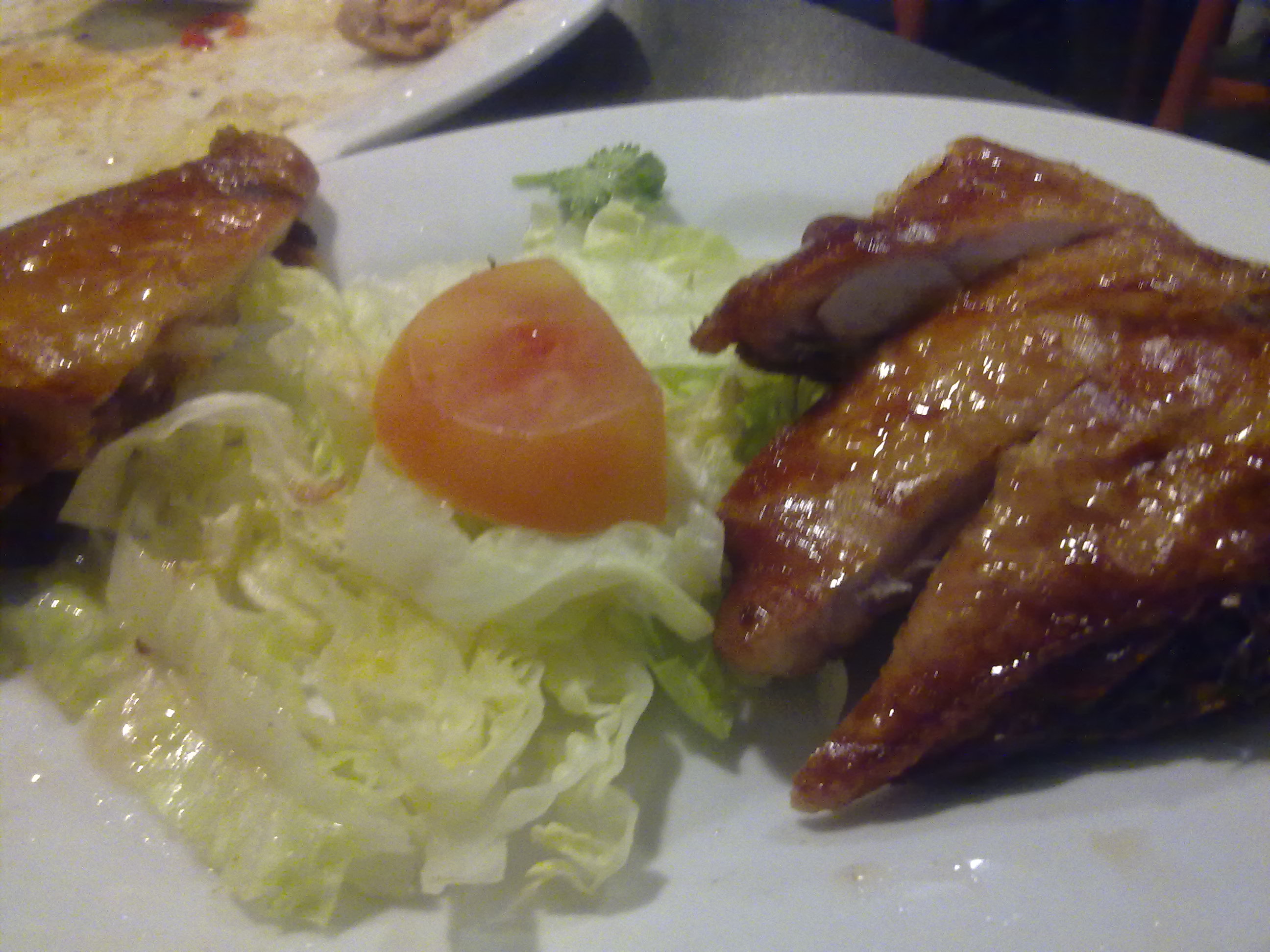 For just a moment tonight, I thought I was back on the subway in Beijing. Okay, so maybe that’s a bit of an exaggeration borne out of my lack of experience on crowded Sydney trains. I simply don’t catch many trains during peak hours, and so when it is busy, I’m always a bit surprised.

Nonetheless, the train from Central to Hurstville just after 6 tonight was pretty crowded. I had to stand all the way. Worst of all, I was surrounded by “train idiots”. They stand there in a state of suspended lethargy. It’s as if you have to wake them before they’ll make way for anyone else.

After the trip, however, there was some light at the end of the tunnel. I caught up with Damo (the ex) for dinner tonight, and we chose Hurstville because it’s roughly halfway between where I live in Surry Hills and he lives in Cronulla.

“We came looking here for a meal years ago”, he reminded me tonight. We concluded there wasn’t much on offer when we came here looking previously, though we both noted tonight things had improved significantly. The area around the train station was, by contrast with ten years ago (or whatever) fairly buzzing early in the night lots of busy, mostly Asian restaurants.

Damo had done some research and suggested we choose between either a Malaysian restaurant or a Vietnamese. We chose the Vietnamese, Miss Saigon.

It’s nothing much to the eye as you enter, but it’s busy, and you get the idea the experience for most is a brief, inexpensive one, as opposed to something more drawn out. We had two dishes, a shared entree (a very healthy serving of rice paper rolls), some rice, some tea, and paid just $27.00. All of the food was fresh, tasted good, and was pretty well, though simply presented. In short, we thought Miss Saigon was excellent value, and if I’m ever back in Hurstville, I’ll definitely go there again.

Naturally enough we had a beer at the nearby pub which was also pretty good value.

In summary… Hurstville 2011… not bad at all. Bloody chilly, though.