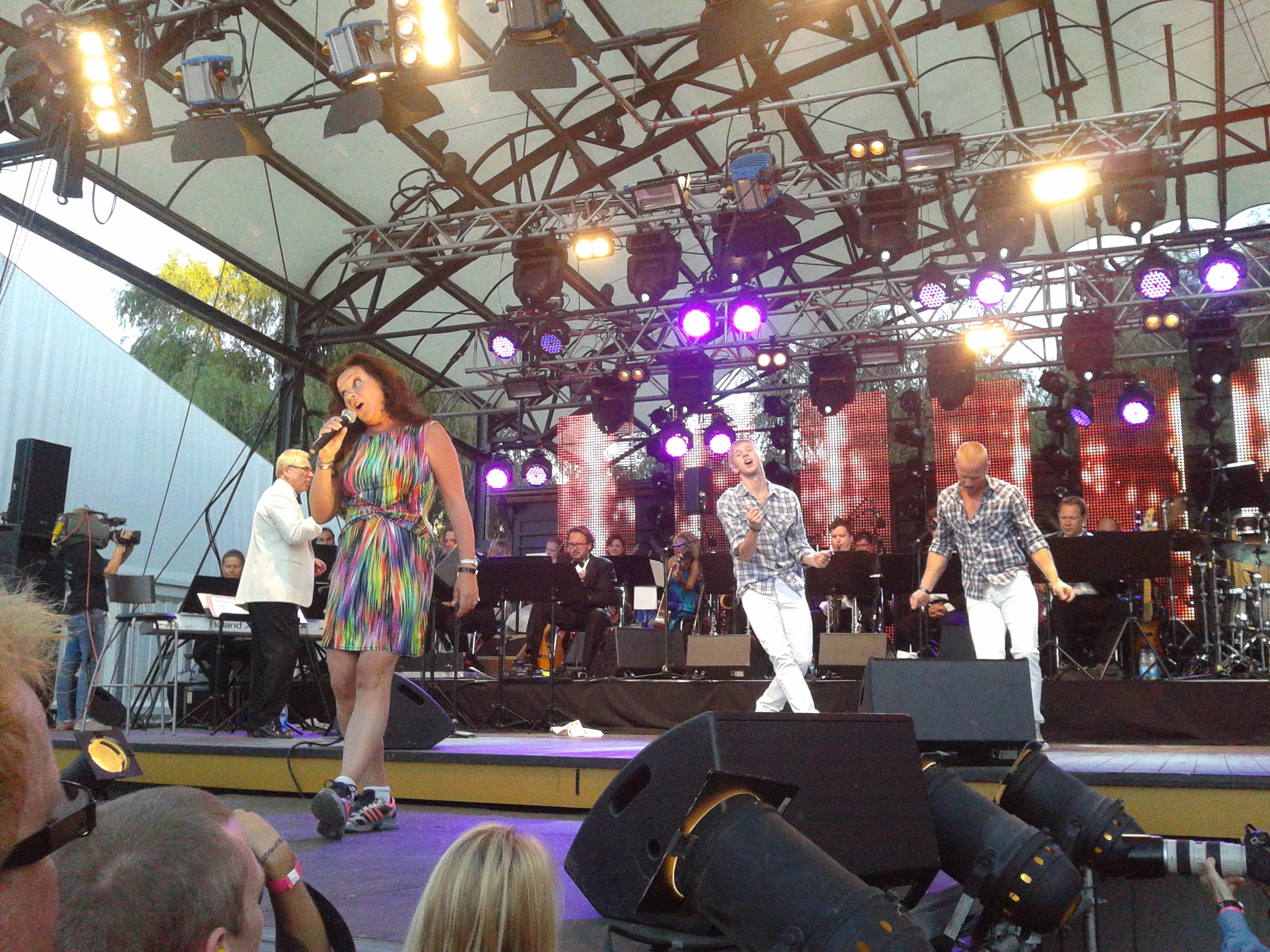 I never really “rated” Sanna Nielsen all that much until I saw her perform this year at the Schlagerkväll at Stockholm Pride. I always thought her performances were a little “wooden”, a little “mediocre” when compared with other schlager greats like Shirley Clamp and Pernilla Wahlgren. But her performances blew me away and she came across as a really nice, lovely person. Along with Shirley’s performance of “Min kärlek”, Sanna was one of the highlights of the night.

The thing I like most about Schlagerkväll is that most acts are only on for one song. As the whole premise for the night is reliving some great moments from Eurovision and Melodifestivalen (the Swedish finals), it makes sense the acts come out, perform their hit song (often their only hit song) and disappear. They don’t “bore” you with their follow up single or their B-side. Unfortunately that wasn’t the case this year, as a couple of the international acts did, in fact, bore the crowd with their follow up tracks. What was the deal with the English act – Josh Dubovie – who performed a follow up track to his Eurovision song with a number from musical theatre about being in love with a girl? Hello? Wrong crowd here, I think.

As with last time, the acts that go down best with the local crowd are the Swedish schlager acts, particularly the performers people haven’t seen for many years, including people like Kikki Danielsson. Kikki, in particular acknowledged the importance of a performance at a previous Schlagerkväll which completely helped revitalise her career.

The most popular performances of the night were by Ann-Louise Hanson, Towa Carson and Siw Malmkvist. Individually, they were stalwarts of the Swedish pop music scene for a number of years and are warmly and fondly regarded by the locals. They even made a comeback of sorts a couple of years ago, appearing in Melodifestivalen. At this year’s Schlagerkväll, they also performed many of their individual hit songs. Were it not for the fact we were all already standing, I’m sure they would have received a number of standing ovations.

Standing near the front of the stage, Graeme and I enjoyed a really great view of the 5-hour show (yes 5 hours! though probably closer to 4 if you take out the breaks). The only downside was that we were pretty much squashed in for most of the night, though I did make a break half way through the night and fought my way back through the crowd with a couple of drinks. “Det var svart” (that was difficult), a bloke standing near us said to me as I made my way triumphantly back through the crowd of 14,000 people. Oh yeah, and the bloke next to us had really bad B.O.

But it was definitely worth it. The thing I like most about this type of pop music is the absolute joy in the music experienced by both the performers and the audience. You go to a typical “meat market” straight nightclub in Sydney, and the blokes need to be “half blotto” (as my granny used to say) before they’ll get up and have a dance. In Stockholm, you put on some schlager and the blokes are up dancing as quickly as the sheilas, and everyone’s singing along and having a great time. And they’re doing it all without drugs – shock, horror.

Anyway, off my soap box. Having stood for five hours and having listened and watched more schlager than most Australians would experience in a lifetime, you’d think it was time to go home to bed and rest up.

But no, there was another, more exciting schlager experience yet to come.