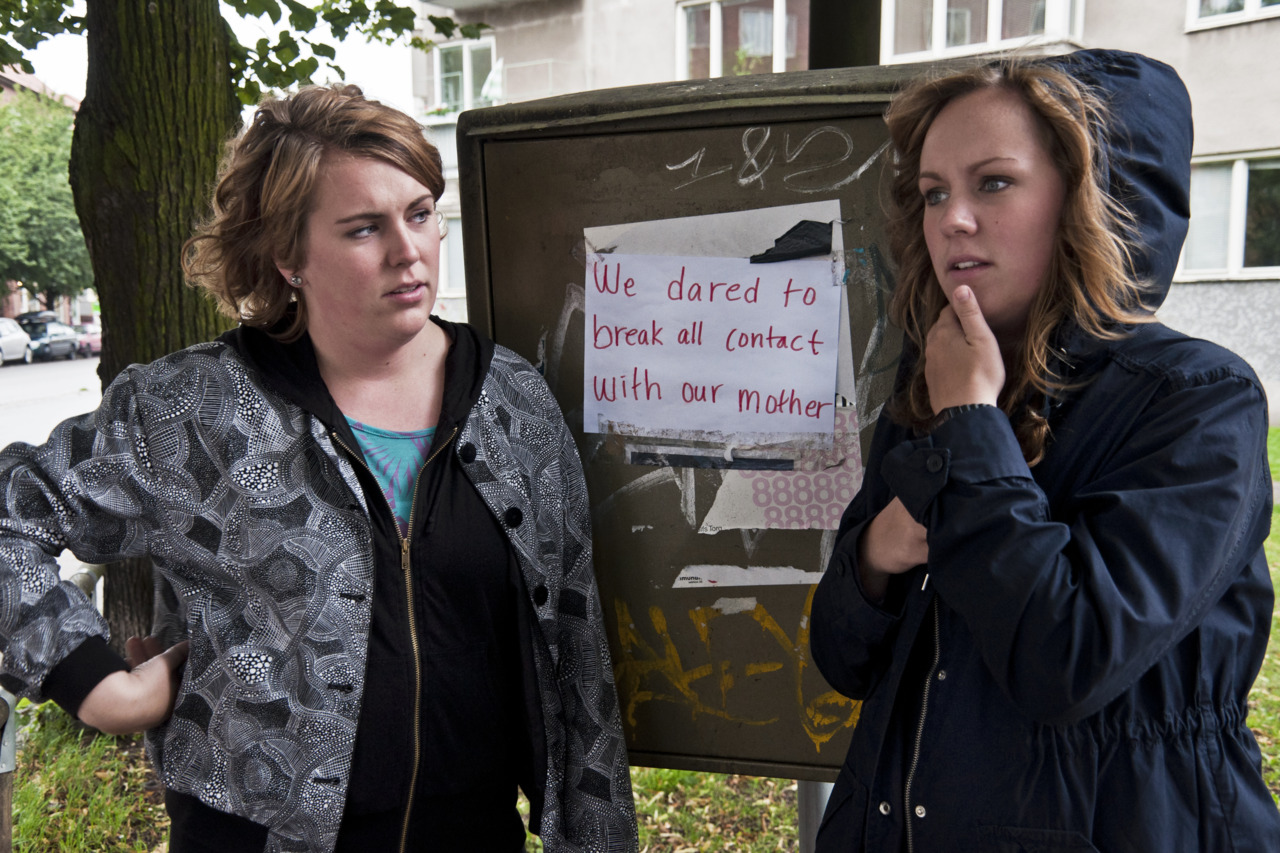 I almost cried when I saw this photograph. “What on earth have they been through to make such a declaration”, I asked myself. “We dared to break all contact with our mother” is such an incredibly sad statement. You just know that whatever’s happened must have been difficult for both the daughters and the mother.

It’s one of a series of images – about daring to do things – in a music video by the Swedish group, Säkert, a group I discovered about twelve months ago. Their song, Fredrik has been a real favourite of mine in the time since. I even translated it for Swedish class.

And now they’ve translated Fredrik into English also. Though the translation takes on a very different form, and personally, I don’t think it sounds as good in English as it did in Swedish.

“What if”, I thought, “I translate them almost word by word, and it nearly turns into a third language, English words used in a Swedish way?”*

And that’s what she’s done. Love the concept.

The last group to do that was ABBA! Well, maybe not intentially, but their song Fernando contains a wonderful example of a phrase that makes perfect sense in Swedish “sedan många år” (since many years) which makes absolutely no sense in English. We would never say “since many years” in English, though, thanks to ABBA, that’s maybe no longer the case.

Anyway, here’s a very beautiful example of Säkert with a song that was once “på svenska” but which is now “in English”.