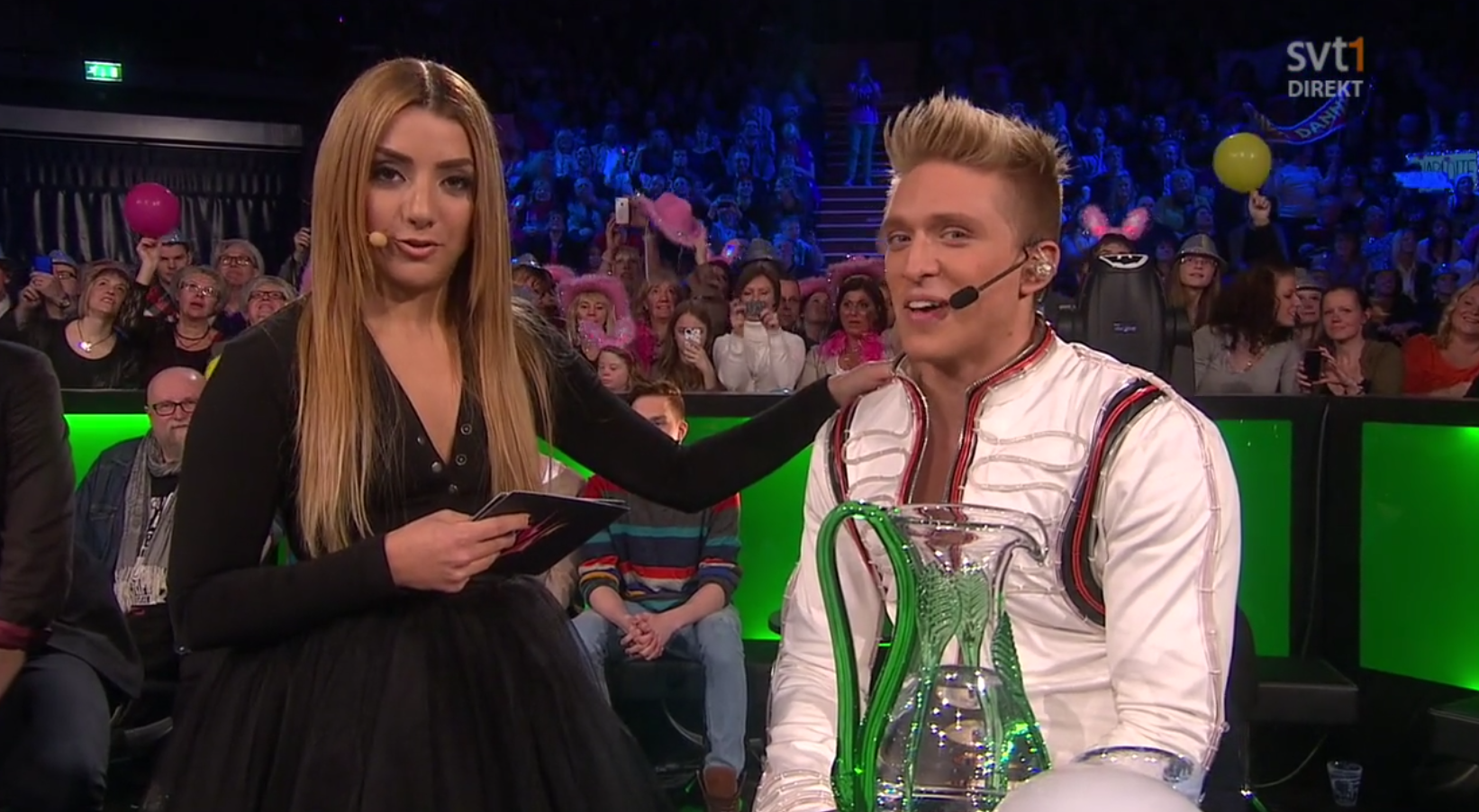 Over the last few days I’ve been gripped by the “controversy” in the Swedish newspapers about one of the artists who could represent Sweden at this year’s Eurovision Song Contest. At the centre of the controversy is the song, “Mirakel” by Björn Ranelid, a sixty-something former football player, and academic, who is one of Sweden’s best known authors.

As I mentioned last week, I quite like the song which is a kind of rap/dance number. It’s certainly not a conventional pop song, but I think it’s good fun. As much as I love a well-sung serious heart-break song, I also like music that can really make you smile, and that’s what this song does. It also carries a fairly inspirational “lyric” about the “miracle of love”.

Love is a miracle that overcomes everything.
Love has the world’s largest hands but it weighs nothing.
Love can travel without a passport in all countries.
Love is a playground for children.

Nonetheless, Swedes are divided over the entry, as is noted here…

(Ranelid)… is as well known for his incredibly tanned face as for his own and unique – and self proclaimed – language, Ranelidskan. He is controversial, he is different and now he has created a massive debate by singing/speaking his way to the grande finale on March 11. The song is a combination between music and lyrics and it’s probably the most criticised entry ever. EVERYONE seem to hate this song, but still, it made the cut, won the public vote and will now compete again.

“The Swedish selection starts to look like a joke…Sean Banan, Ranelid! It’s terrible. So sad for the real artists that take it seriously…” writes one fan. The degree to which this has become a talking point is evident on another blog, where a Swedish bloke who normally writes about serious subjects such as archaeology has written about it. He describes the success of the song as a “collective joke” and goes on to argue the song should be disqualified since it re-uses some of the artists’ lyrics from earlier works.

If that were a real issue, half of this year’s entries should be disqualified :) Many of the works this year are highly derivative. This week’s Melodifestivalen, for example, started off with a song by Charlotte Perelli. Charlotte has represented Sweden twice at Eurovision, having won in 1999 with a complete ABBA rip-off, on the twenty-fifth anniversary of their win with Waterloo. This time around her song hasn’t completely sampled “Mamma Mia”, though it comes pretty close.

There was also lots of “old-style” Eurovision this week with “Allting blir bra igen” (Everything will be fine again) by OPA, which had a Balkan-influenced musical style complete with bouzouki and piano accordion. If you closed your eyes you could have sworn it was from Greece in the 1970s. Meanwhile, Lotta Engberg & Christer Sjögren, who have also been through Melodifestivalen/Eurovision quite a few times, sang a number which could have equally been from thirty or forty years ago.

Why bother with the finals, anyway? There’s a school of thought Danny Saucedo, the final entry for this week’s Melodifestivalen, is already the most likely winner for Sweden this year. With good looks and a good voice, he is the kind of performer who, like Eric Saade last year, could attract a young audience who would vote for him on the night. I really like Danny. In fact, I met Danny at Stockholm Pride this year when I asked if I could take a photograph with him and my friend. He was very polite, which counts for lot for me.

I loved his entry last year, “In The Club”, and thought that would have had a good chance at Eurovision with that song. But this year? Although he made it through to the final, I think there was a bit of a sympathy vote, as he was out of tune for much of his performance. Anyway, I wish him well and hope he gets it together in time for the final.

I also hope Björn Ranelid goes on and does well. After the criticism levelled at him by fellow musicians and members of the public this article in Aftonbladet says he thought about withdrawing from the contest, altogether. The article says what convinced him to continue was the desire to support Sara and the songwriter involved, as well as the huge public response. He says he has received about 6,000 letters/emails from people saying they love the song. It would hugely be controversial if he went on to represent Sweden at Eurovision, but not entirely out of the question. I mean, the UK announced this week, they’re sending Engelbert Humperdink, now in his seventies, to the contest this year.