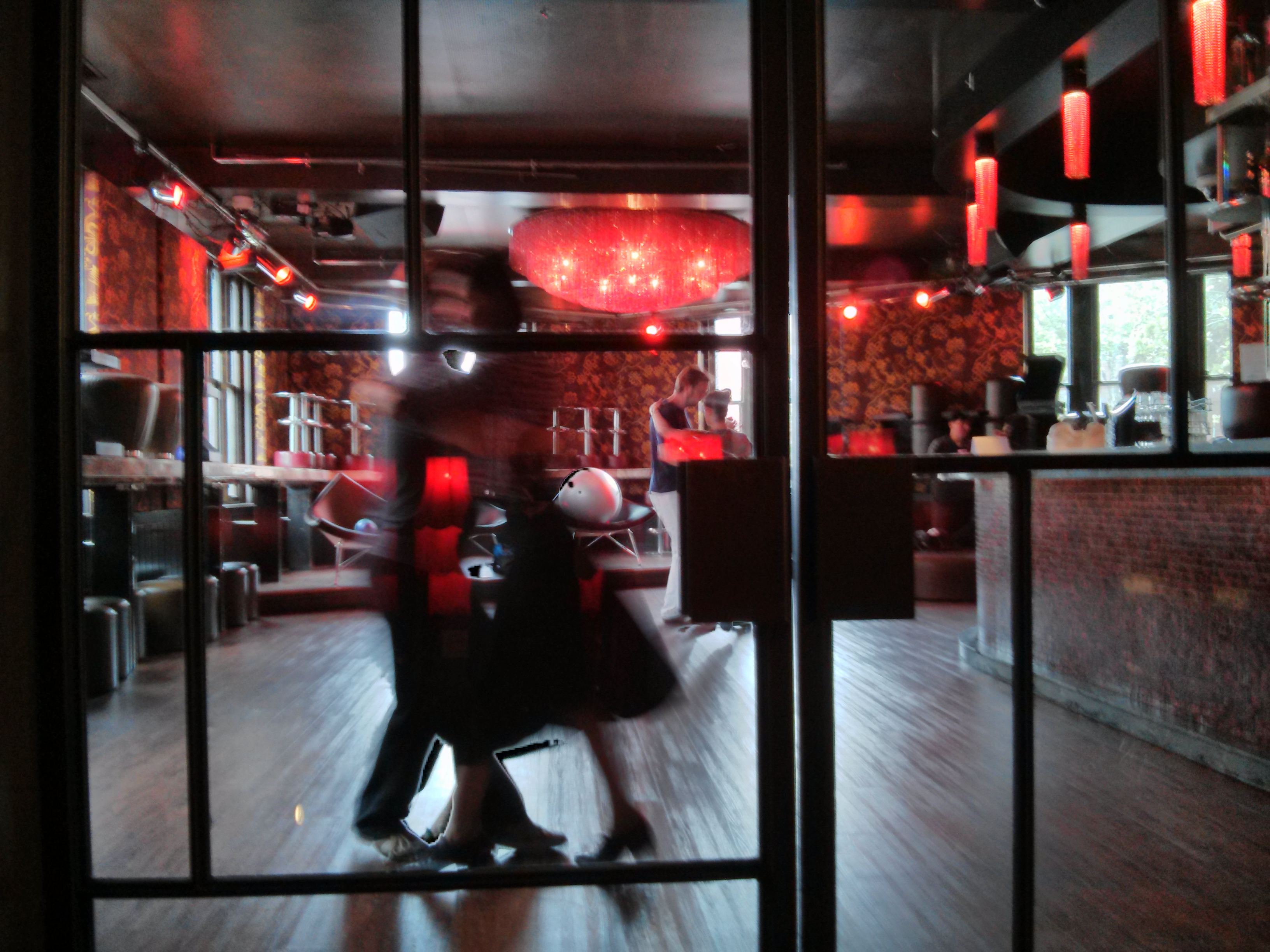 Dancing at The Columbian

When you mention the words “Dancing” and “Columbian Hotel” in the same sentence, you don’t immediately think of ballroom dancing.

But that’s exactly what my friend and I saw when we had a late afternoon drink at The Columnbian.

Downstairs we were chatting with a transexual women about her life. Upstairs, they were doing a bit of ballroom dancing. I’m ambivalent about which was the most interesting.

On two occasions today I was asked “what did you do for your birthday”? The first answer I gave was “Absolutely nothing. I hardly left the house…” The second answer was in response to my blog… “I read your blog and so I got the sanitised version of Friday night, but what really happened…”

The short answer is Friday night was as described, and Saturday was also as described. I didn’t do much at all.

But on Sunday I went out for lunch with my friend, Michaela. We went to Four14, a restaurant on Fitzroy Street, Surry Hills, where we enjoyed, really enjoyed, like really, really enjoyed, their roast pork. It was excellent and we had a lovely time.

After lunch we wandered upstairs to Somedays, the Swedish clothing store in Surry Hills I’ve often blogged about.

There wasn’t a lot to interest me this time, aside from a brief chat-ette in Swedish with the owner. Like most Swedes in Sydney, he probably thought I was a bit of a freak, but I figure that’s his problem, not mine. Having solidly convinced Michaela of the extreme value of Swedish jeans, she’s due to return there in a week. Instantly, the owner recognised I was buying a pair of jeans from there also. Honestly, Swedish jeans are the most comfortable, best fitting jeans I’ve ever worn.

Later, we had a drink at The Columbian. What better way to spend my forty-somethingth birthday?