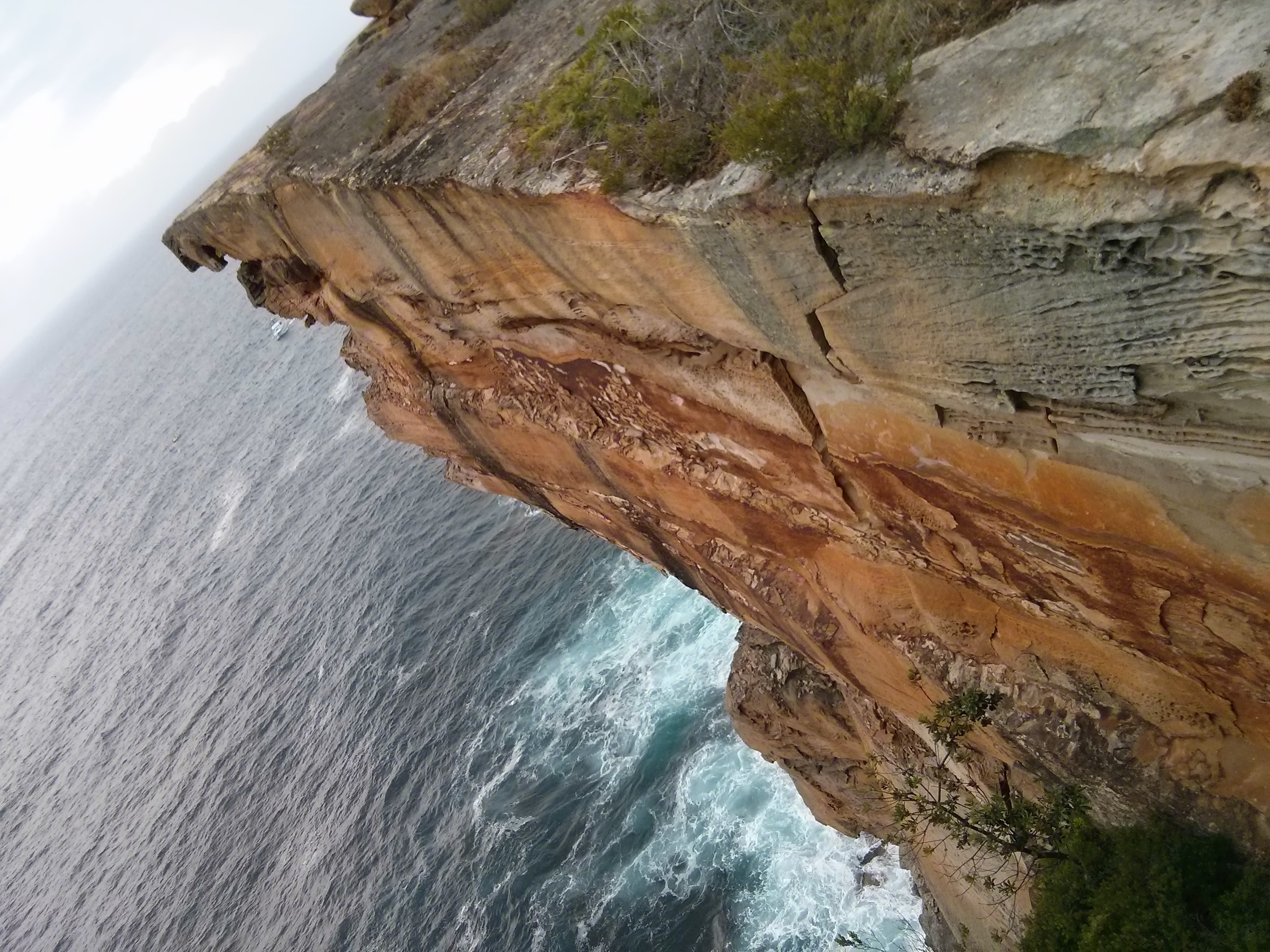 There was a moment when I thought to myself “this is a pretty weird spot” to be taking some visitors from overseas.

The way we ended up at The Gap (the infamous spot where many Sydneysiders take their own lives) was quite accidental.

One of our visitors had been to Australia a few years ago (2009, as I recall). Four years later and she’s back with her partner to show him around the city. As the weather was looking a little grim, and as they were both in the early stages of fight recovery, we decided a trip to Manly was a little too far. Instead, we took the next available ferry, which was to Watson’s Bay.

The ferry trip to Watson’s Bay is a lovely trip, taking you past some really good looking Sydney real estate.

And of course, when you arrive at Watson’s Bay, there’s Doyle’s, a lovely park, and a fairly gentle walk up the hill to The Gap.

Things have changed a fair bit at The Gap since the last time I paid a visit which was (maybe) ten years ago. The pavement’s improved. The fencing seems to have gotten higher and been made sturdy. And then everywhere you look, you see security cameras which are, presumably, there to alert the authorities to people who may be thinking of taking their own lives.

Despite the tragic nature of the place, our visitors seem to really enjoy the trip.

It wasn’t long though until the impact of the flight from the US West Coast became a little too much. They were beginning to experience the moment when sleep becomes an inevitability. You hold off, you hold off, and then suddenly you’re speaking jibberish. We took them back to their hotel, and went off on our separate ways.

I ended up spending a few minutes later in the afternoon at the Swedish Church in Sydney, where they were celebrating the Lucia Ceremony. Lucia is a really important annual ritual in Sweden, where young men and women dressed up in white, and with a crown of candles sing traditional Christmas songs, and which I’ve written about previously. It was a really fun way to spend a bit of Saturday afternoon before when I, too, decided it was time to come home for a late afternoon nap.