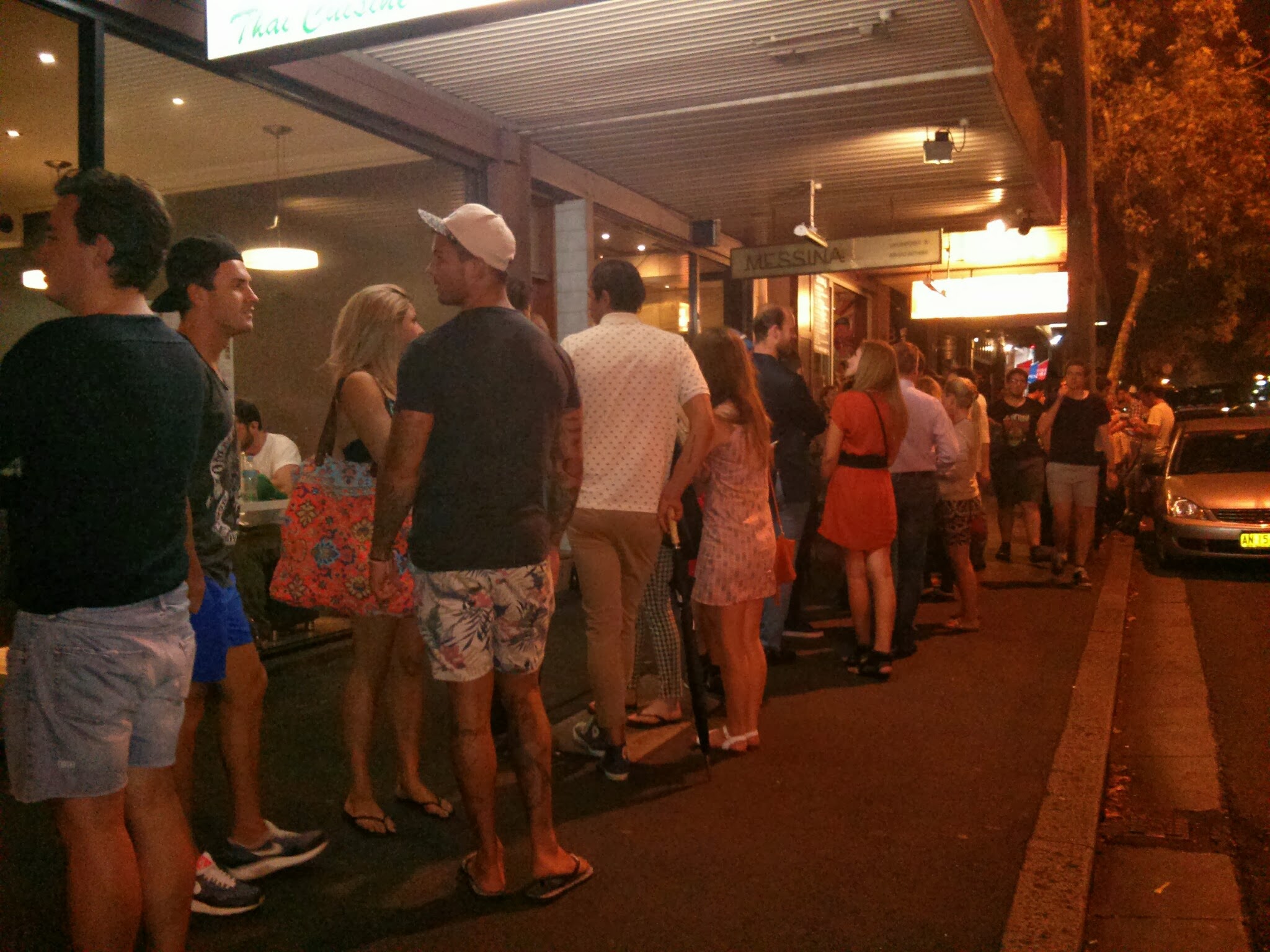 You know those stupid machines at the supermarket deli where you’re given a number and have to wait your turn, even if there’s only two or three other people waiting? Minutes go by (it seems like hours) while your eyes remained focussed on the display above as you wait for your number to be called.

My Swedish teacher, Marianne once joked she thought they HAD to be a Swedish invention. Of all the countries in the world, the Swedes seem the most inclined to form queues without thinking twice about it. Here in Australia, we’re also very vegalitarian, but we usually tend to get a little grumpy when it comes to queues, and of course we “don’t like queue jumpers” :)

My most famous memories of waiting in queues in Sweden were on a Saturday afternoon minutes before the closure of the state-run bottle shop, Systembolaget, and in a phone shop.

In the case of Systembolaget, I once blogged…

In Sweden, there’s a government-owned monopoly bottle shop chain called Systembolaget, which operates with restricted hours. On weekdays, it’s normal trading hours; shorter hours on Saturday; and they’re closed Sunday. At night, bars also have limited trading hours with many closing at one, others at three.

And as much as I like to think of myself as a bit of a libertarian, I’m beginning to conclude these restrictions might actually be a good thing. By putting a limit on the hours in which you can purchase and consume alcohol, I think there’s more of a chance that people will go home to bed, as opposed to the all-night temptation offered in Sydney.

Although Systembolaget now operates like a supermarket chain, it wasn’t so long ago that you had to go in, make an order for what you wanted, and then wait for someone to bring your order out to you. There’s a few of these older style shops still around, apparently.

As for the phone shop, I also remember vividly waiting with Graeme in a queue in Stockholm. We were the only people in the queue, but we were still forced to go through the farce of waiting as they called out the numbers of people who were “before us” in the queue, but who had obviously already been dealt with. “77, 78, 79, 80”, the assistants called out the numbers, as if in a scene from Monty Python, looking around to see if any of the other people might have been hiding, until finally our number was called out.

Queuing for nightclubs in Sydney has for many years been a real joke. On NYE especially, nightclub bouncers make on with the pretence their club is full, and people are thus forced to wait in a lengthy queue down the street, when mostly they’re only half-empty. It’s all about making the nightclub look to the potential customer as somewhere they simply must enter since, after all, there’s a queue.

More recently, places like the Bourke Street Bakery (not far from where I live) has also become a regular space where people will queue. I kinda understand it there, as the shop is very small, but I still think it’s bizarre that people will queue for bread. I mean, it’s Sydney; not 1976 in Poland.

The latest crazy queue in Sydney is the ice cream queue. There’s an ice cream shop in Darlinghurst where there’s regularly a queue of 50 or 60 people waiting. “It’s fucking ice-cream”, a friend of mine observed last night, wondering why people would be prepared to wait 20 to 30 minutes in a queue.