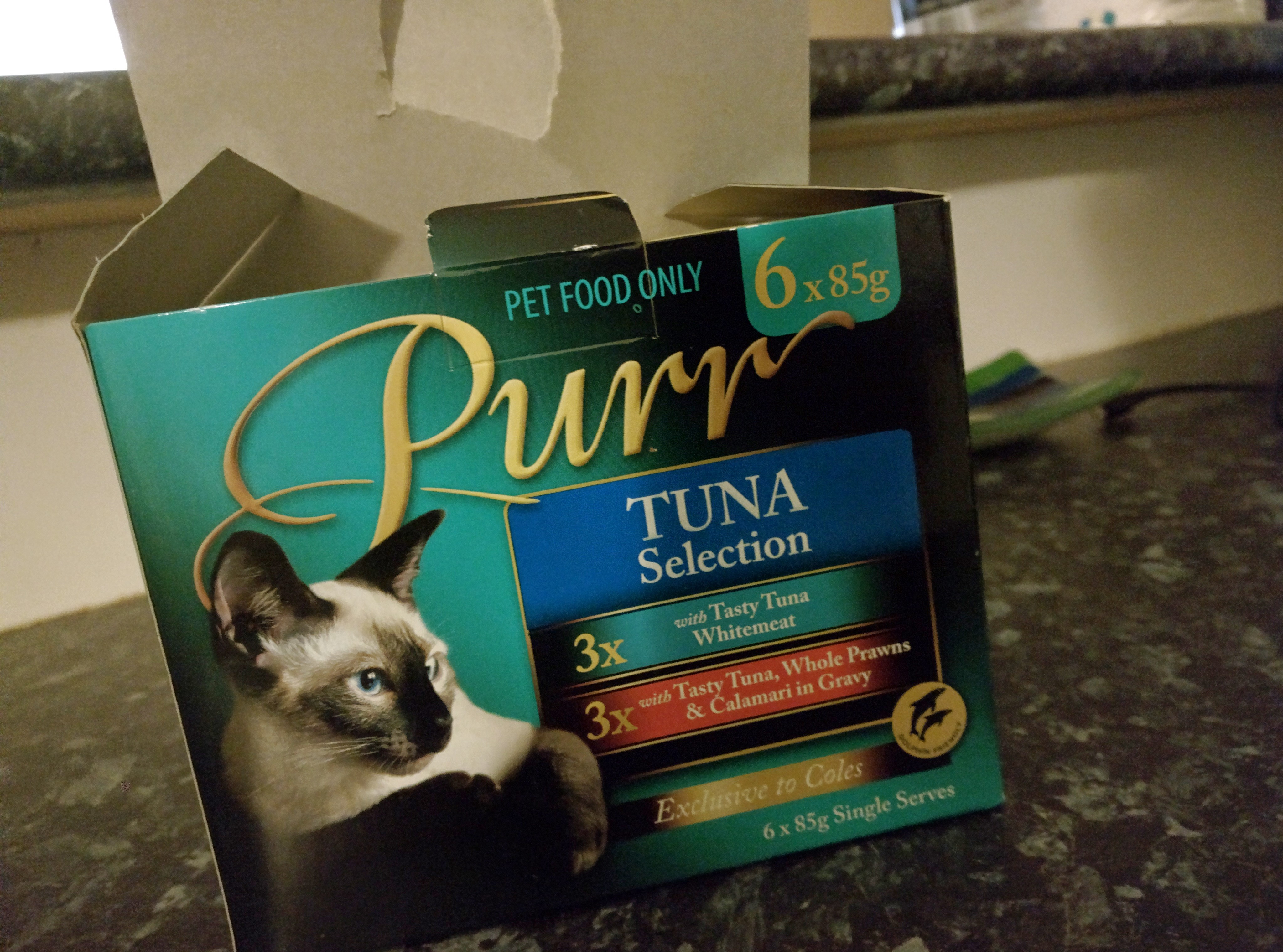 There’s a cat in my apartment block who I feed from time to time. Mostly, it’s because the owner of the cat (who lives on the third floor, and I live on the first) travels a fair bit with her work. I’ve spoken about Spidercat aka Biscuit previously, having remarked in some ways, that he’s a bit of a pet for the entire apartment block, as he often invades my neighbour’s apartment also.

At first, I started offering Biscuit some reasonably nice tuna (the same kind I mostly consume) from the supermarket. He liked that. Then, being budget conscious, I started buying some rather generic cat food. No interest. And then when the generic cat-food failed to inspire, I recently decided to up the ante a little and to buy some more “upmarket cat-food”. When Biscuit followed me into the apartment tonight, and when I offered him some more up-market cat food there was no response at all. Sigh.

It seems biscuit prefers the rather nice “upmarket” “human” tuna I prefer myself to the more regular cat food. These Surry Hills cats are all a little “too gourmet”, eh?

PS – Have I become the “crazy cat lady?”