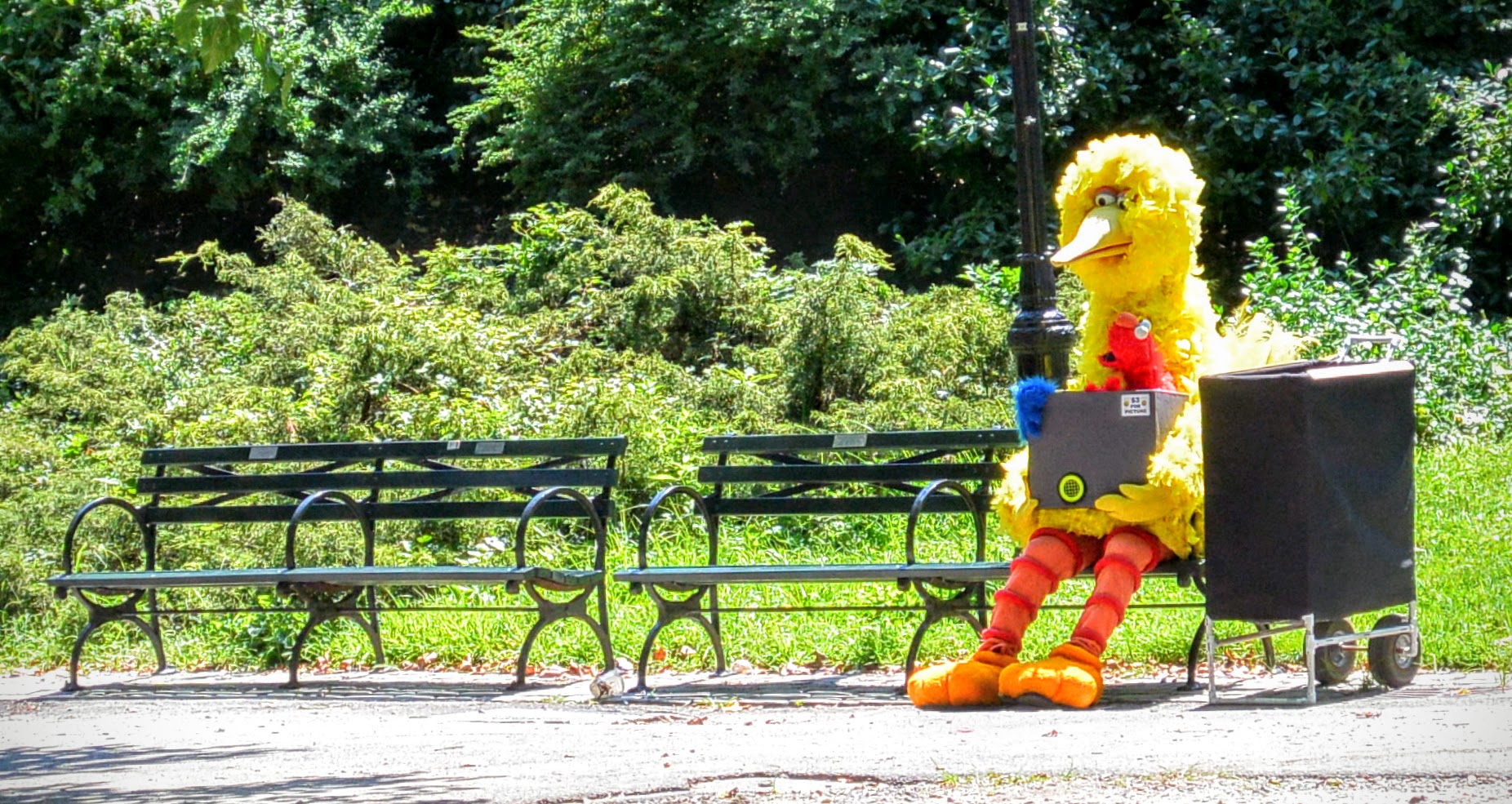 Do you know how it is when you wake suddenly in a darkened, unfamiliar room? For about ten or fifteen seconds you have absolutely no idea where you are. “Am I in Rome? Am I in Stockholm? Where am I?”, I thought to myself. And so I stood up and looked out the window, and then it was clear. I was in New York!

“Everyone in New York is always on the run”, a guy called Ying told us last night at a bar not far from where we’re staying. He was a twenty-something fashionably dressed guy who told us he lived in Brooklyn, because “Manhattan is over, and all my friends have moved there”. What he said went through my mind both metaphorically and literally, as I went for an early-morning walk. There were lots and lots of people going for early morning runs, there were lengthy queues waiting for buses, and there was a lot of construction work underway, as I walked “The Highline” from about seven o’clock (when it opens).

By about nine-thirty, we were both totally refreshed from a good night’s sleep (and me from my early morning walk), and so we set out for a day of adventure which included picking up a metro card, travelling the subway, and many, many kilometres of walking. Central Park became somewhat of a lunchtime oasis after hours and kilometres of seeing so many people, and hearing so much noise, as we made our way through the streets of Manhattan.

Brooklyn is a similar oasis. As the apartment we’re staying in is near the waterfront, we have rooftop views of Manhattan. By that, I mean it’s both close (for lots of activity) but also far enough way so we don’t end up completely insane. As we walked around, we both agreed this was “our kind of place”. Brooklyn is both “under developed” and “over-developed” according to a couple of friends we have caught up with. “The gays have moved in”, we were told, “and so have some of the yuppies, but they haven’t taken completely over yet”. In the midst of hipster cafes, bars, and some ugly new apartment blocks, there are still lots of blocks which remain derelict.

Highlights for us so far have included: seeing “real-life” Big Bird in Central Park; having a cocktail at the rooftop bar of the Wythe Hotel (Australian tourists on either side of us); a dinner catch-up with a friend of Michaela’s (who used to live in Sydney) at a nearby restaurant in Brooklyn; and visiting a nearby bar in Brooklyn for drinking, dancing and drag queens with a former colleague of mine from Sydney.

So yeah, we’ve managed to fit a fair bit into the last twenty four hours. But that’s the way it is in New York: always running :)