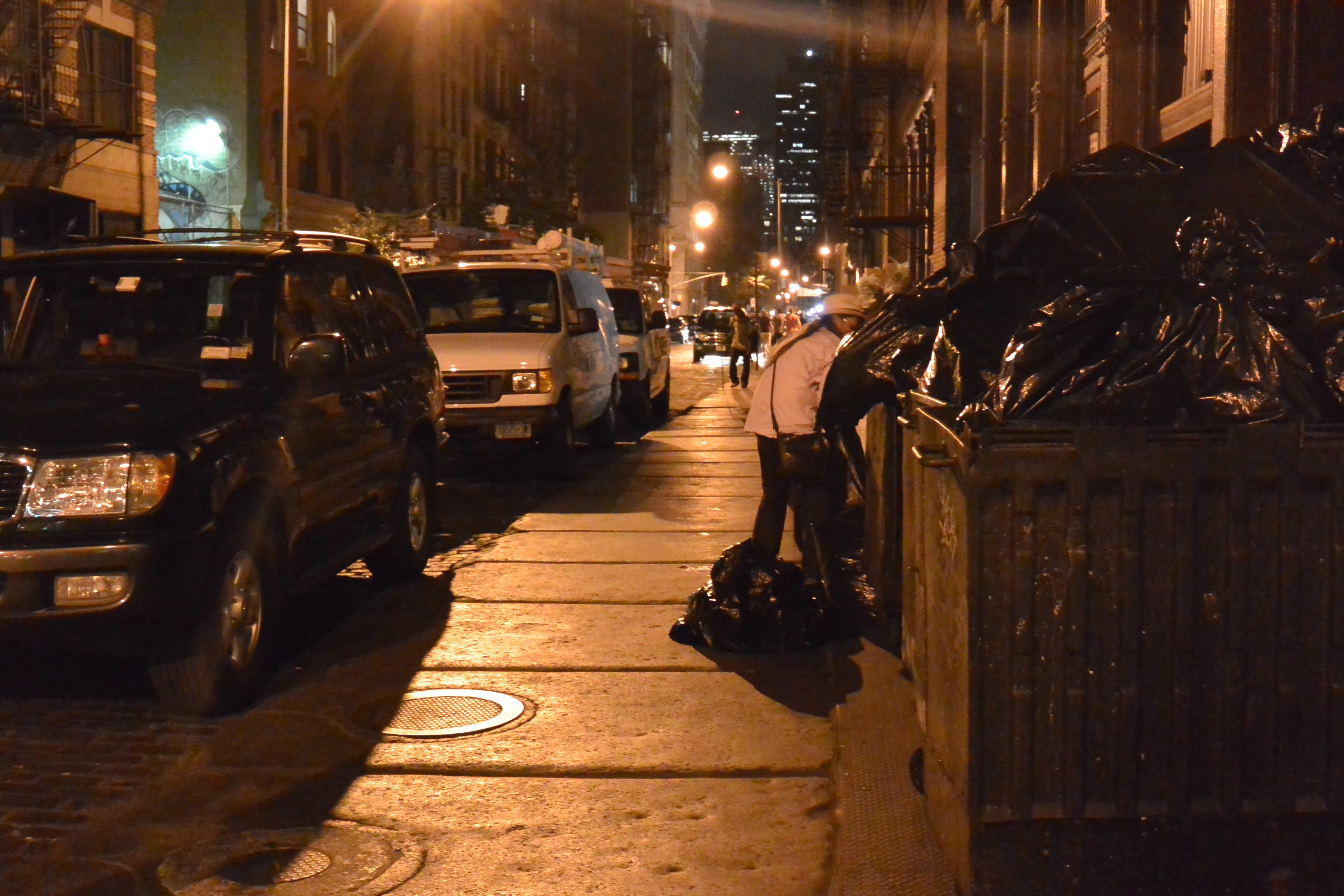 “Oh My God, is that Salman Rushdie?”, I asked Michaela, pointing to the older man taking a seat, as we waited only briefly in line for dinner at Balthazar’s Restaurant. As she looked over to confirm, I remembered that moment from “Bridget Jones Diary” where Bridget met Mr Rushdie at a book launch, and as she had no idea what to talk to him about, asked him where the toilet was. This could have been my Bridget Jones moment, I thought to myself.

Although it was almost 10 pm, there was a queue for tables, and so we were offered a table in the cafe area of the restaurant. “What’s the difference between the two?, Michaela asked, and was told, “nothing, except the cafe has tables available now”. We took the faster option, as we were both really hungry, and hadn’t really eaten much throughout the day.

Our day started with a visit to the truly remarkable American Museum Of Natural History. In total, we spent about three hours wandering around the museum, and in particular, enjoyed the dinosaurs, an exhibition about remarkable animals (super hearing, super sight etc), as well as the exhibitions about people from The Pacific, and the displays about Native Americans which we both agreed were a little bit “anthropological”.

“Gee, Margaret Mead really picked up a lot of stuff in the islands”. I said to Michaela, referring to the large number of artefacts they have on display. “Hey, here comes Margaret, lock everything down…” we joked might have been the attitude of some of the people from the Pacific islands.

“This was our day for becoming smarter”, we joked to each other, as we walked around the museum, as our only other major plan for the day was to see a live recording of the story-telling night/podcast/radio show “The Moth”. Michaela is a big fan of the show, and I am a semi-regular listener, so it was really great to be able to secure a couple of front-row tickets. We were able to secure the seats because The Moth is soon coming to Australia, and will be broadcast on RN. The people behind the scenes have been absolutely wonderful to deal with and friendly on the night.

We both really loved the venue for the recording, the Housing Works Bookstore on Crosby Street. Run entirely with volunteers and donations, all profits go towards supporting people with HIV/AIDS who are homeless, and in trying to break the unfortunate nexus between the two. As well as being a venue with great intentions, it’s also really lovely, located in an older building with staircases and gorgeous shelving.

Over the course of a couple of hours, we heard ten stories. There were two or three I really enjoyed (the top three scoring ones, by the way) and some I thought could have done with a little more work. Michaela, on the other hand, thought they were all good in their own way. The winning story, told brilliantly, was from a guy talking about how he had tried to impress a girl many years ago, only to realise he acted like a fool. It was a good story, told well. I also really enjoyed the story about a woman whose attempt at fame (as a bottom model in the video clip for Pat Benatar’s “Hit Me With Your Best Shot”) was cut short by the funeral of an aunt. Again, a good story told well. There are some more photographs here, if you would like to take a look.

After saying our thankyous at the end of the show, we headed quickly to nearby Balthazar’s which is well reviewed and is considered a bit of a New York “institution”. Another gorgeous space, I almost had to pinch myself. The food (chicken and steak and in-house bread) and wine were both excellent and it was a great end to the night.

As we made our way home there was a band playing some really great music, as we waited for the subway. We stood and watched and gave them a few dollars. The crowd of (maybe) 50 or 60 people on the platform were really enjoying them. Standing right in front of the band were (maybe) a dozen people filming the show on their mobile phones. “I’ll bet not one of those people filming the band give them some money…” Michaela whispered in my ear. With the exception of one who we saw put money in their bucket, sadly, she was correct. Bloody tourists.