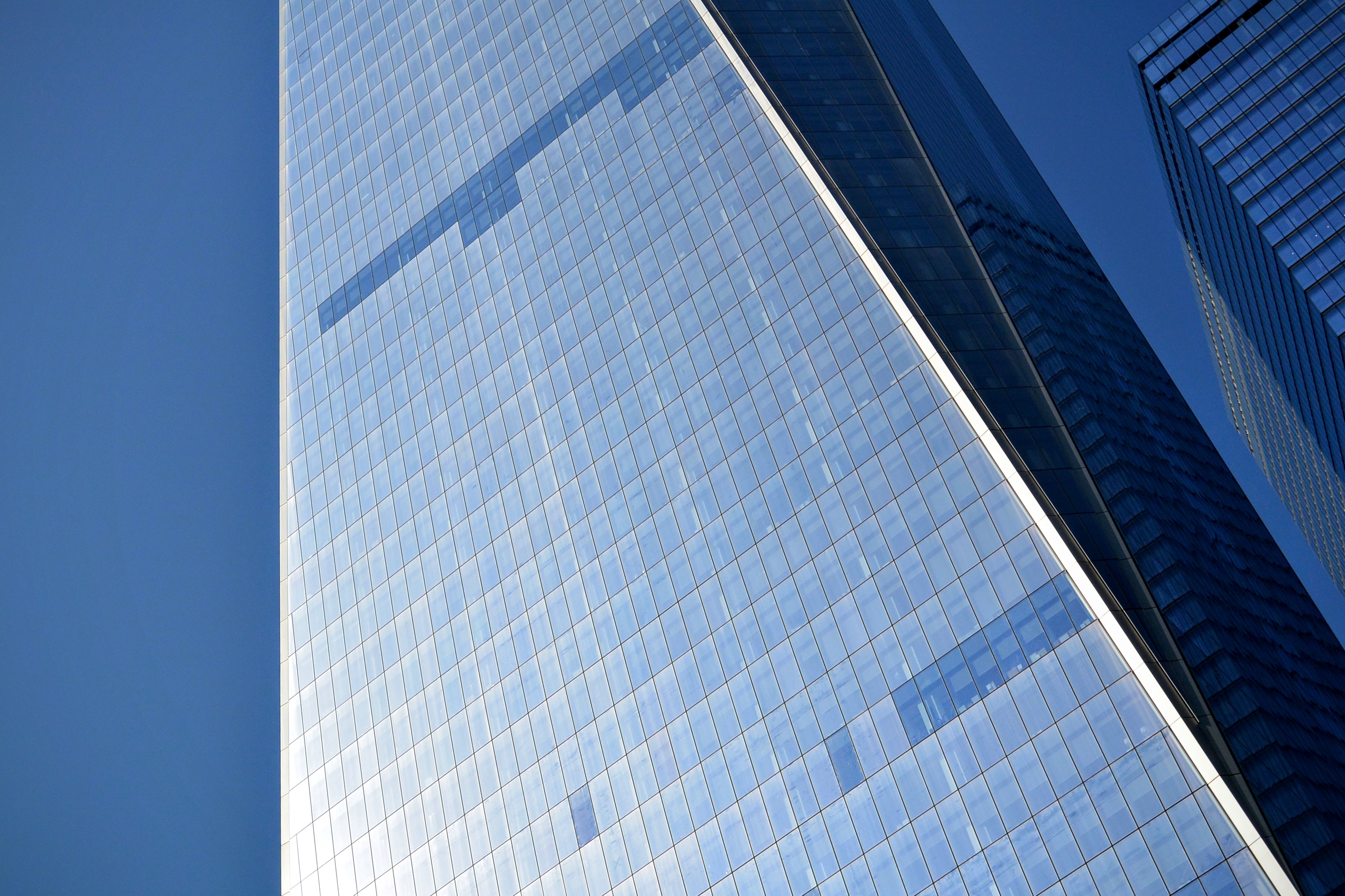 “Don’t worry. My camera is shockproof and waterproof to fifteen feet”, I told Michaela. And with that, I made my way into the middle of those fountains where the water pops up seemingly randomly. I don’t know if it’s been generally a warm summer for the Northern Hemisphere, or if it’s just the places I’ve chosen for my holiday this year which have experienced these warm conditions. Tokyo. Rome. Venice were all quite hot. Even Stockholm almost got there, eventually. New York is no exception with temperatures in the thirties. Thirty seconds or so later, my arms, legs, and face were wet, and I felt good. I really do like fountains.

I also really like catching ferries, especially if you can stand outside, and let the wind blow on your face. So we began the day with a ferry ride from North Williamsburg to the downtown area of Manhattan. Our only “plan” for the day, was to do a bit of a reccy for our visit to the State Of Liberty later in the week, and to visit the World Trade Centre.

Though we didn’t visit the World Trade Centre Museum, we did spend a fair bit of time in the general area of the memorial ponds. It was genuinely touching to see all of the names of those who died, enhanced by the simplicity of the water memorial. It was also really terrific to get a “sense of place” for what happened and to see the new World Trade Centre building.

And there really is some terrific architecture in New York. In the midst of all of the square glass boxes, there are some wonderfully quirky buildings, where the outside facade is warped in some way, as well as the classic art deco style of buildings that you most commonly associate with New York.

There’s also so many wonderful bridges. And the walk over the Brooklyn Bridge is truly sublime.

We walked a lot today. A real lot. And so the plan for Saturday night was simple: something to eat, a glass or two of wine, and bed.

Coming back to Brooklyn later in the afternoon, we both had a yearning for pizza. After a bit of “Yelping” and a bit of “Googling”, we settled on dinner at a restaurant called Fornino, not far from where we’re staying. The food was excellent. The waiters were friendly, without being fake. The prices were good. And importantly, the air conditioning was excellent :)