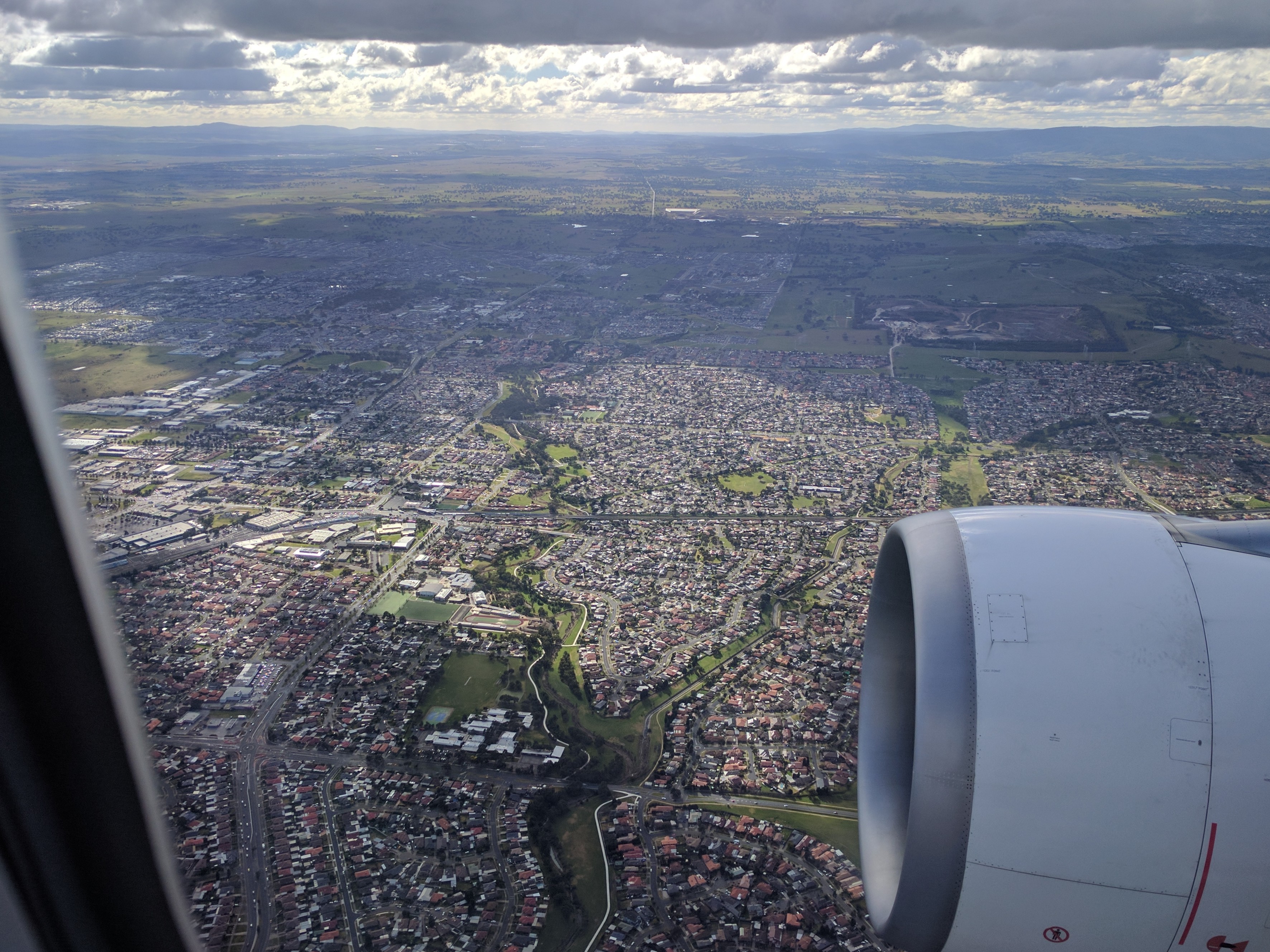 The traffic on Cleveland Street, Surry Hills is always pretty bad, especially on weekends, as people make their way to sports grounds or the beach. It was even worse yesterday, as I observed quite innocently with this Twitter post at about 2.15pm.

I knew something was up, and in hindsight, I know I should have called the ABC Newsroom, to alert them. But I didn’t think it was anything to worry about. I just thought it was crazy Sydney weekend traffic.

A few hours later, the reason for all of the police, and one lane of Cleveland Street being closed was clear. Along with a number of other homes in Sydney, a house in Surry Hills was being raided, because of an alleged plot to take a bomb onto a plane.

I was at the pub on the corner when the news came through. Though most people were still watching the footy, there were a few of us aware of the news, and I chatted with a couple of people about it. The bloke sitting next to me, though, didn’t quite believe the news until I showed him a breaking news report on my mobile phone.

I also found it funny that my family always calls me when something terrible happens in Sydney. Normally, I tell them “it’s miles away and there’s nothing to worry about”. This time, when it was in my neighbourhood, there wasn’t a word from them.

News of an attempt to take a bomb onto a plane (heaven knows how they would make it through security) is always a cause of concern, especially since I’m spending a few days this week in Melbourne, and flew down this afternoon.

On a whim, a couple of days ago, I decided to upgrade my economy class flight with some bonus points. What a fortuitous move that was. As I arrived at Sydney Airport, there were three queues to get through security: business class, premium class, and economy. With delays of about 30-40 minutes for the first two, and I’d estimate more than an hour for the economy, I’m glad I used those points.

Oh, and you can hear more about this, as I chatted briefly on the phone to ABC Radio Sydney.

I even made ABC Radio’s national news bulletin.