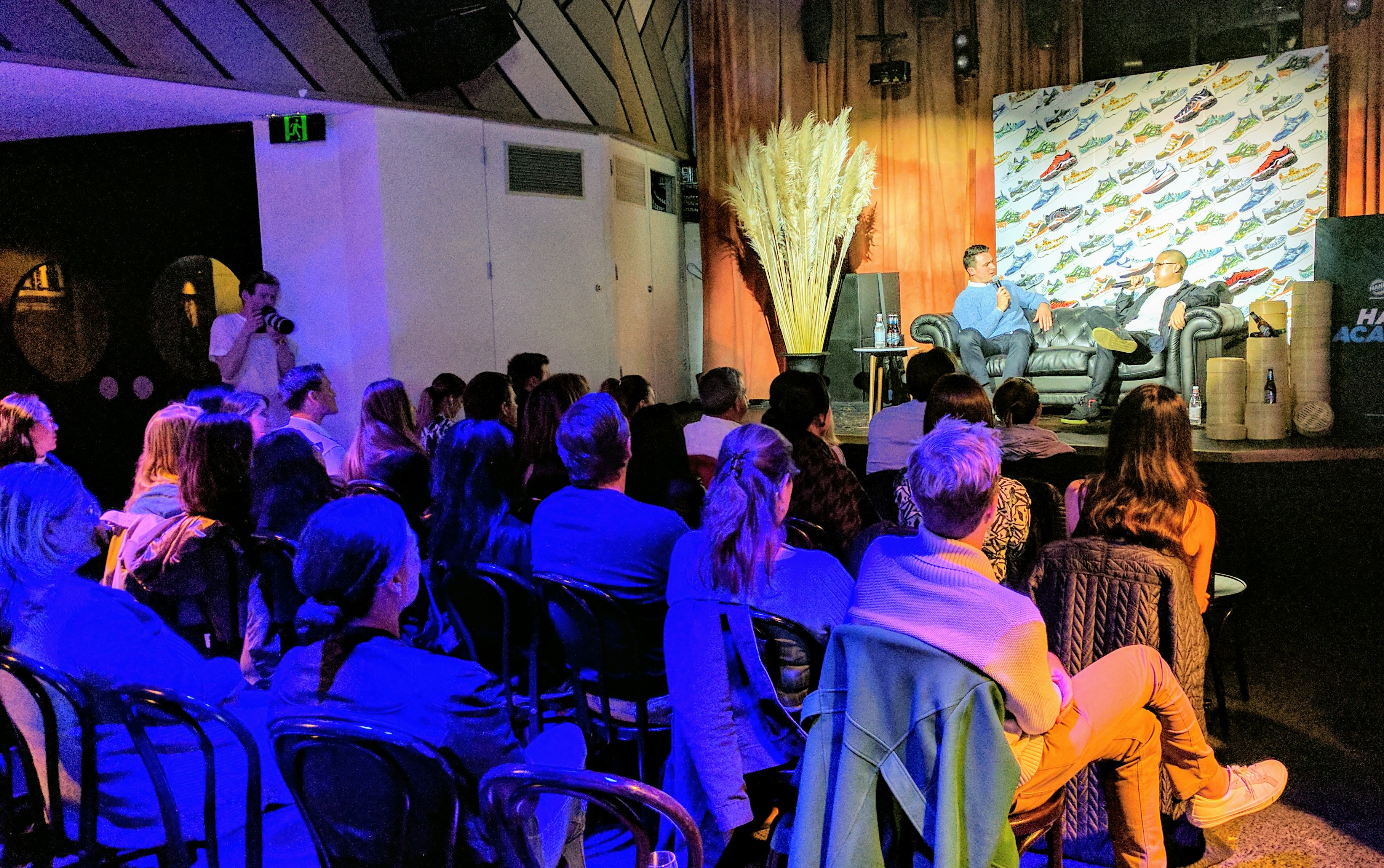 “I live in Chinatown and so the places me and family eat are generally the Sussex Street Mall, and the Dixon Street Mall”, Dan Hong said, to the surprise of a lot of people attending tonight’s event at the Beresford Hotel. As the son of Angie Hong, a woman who was a pioneering Vietnamese chef in Australia, and as someone who has worked at places like Tetsuya (and now Mr Wong), I was surprised, and I think many others were too. But it shouldn’t come as too much surprise, as he also spoke about the joy he has with Monday night dinners with his mother, and in the experiences he has in visiting “street food” restaurants in Singapore. He spoke tonight about his particular excitement about food in Japan. He also spoke about his seeming failure at the Higher School Certificate, and how his first job, working at Long Grain, was something which was actually organised by his mother.

Cooking, it seems, was something he fell into. Though he said it was something he always enjoyed, as it was something he did as a child, as his mother was always working, and his father never cooked. Nonetheless, he spoke about the difficulty of managing long hours with a young family, contrasting that with when he worked as a chef where “seventy hours per week was nothing”.

“As a young chef you don’t really care what the customers want. You just cook really cool food for yourself”, he admitted. It wasn’t until he started working for Justin Hemmes (and probably having a young family) that he realised the importance of making a living, and gained the pleasure of seeing a full restaurant every night. That said, he noted, a restaurant he worked at “looked like everything was from St Vincent de Paul, but cost two million dollars to open”.

“It’s hard to find chefs now”, he said, “because everyone thinks of what it was like ten years ago when everyone was shouted at, yelled at”, echoing shades of Gordon Ramsay. “That still happens, but kitchens are changing”, he added. He quoted one chef he knew who said he would rather get 48 of “their best hours, rather than 65 of their average”. He also bemoaned the fact he didn’t have apprentices “because all the good ones are doing fine dining, or something less”

It was a fascinating evening, which I enjoyed very much. Cost? Nothing. Keep an eye out for these regular events at The Beresford in Surry Hills, announced through Eventbrite. Sadly, the next four are completely booked out. I understand why.