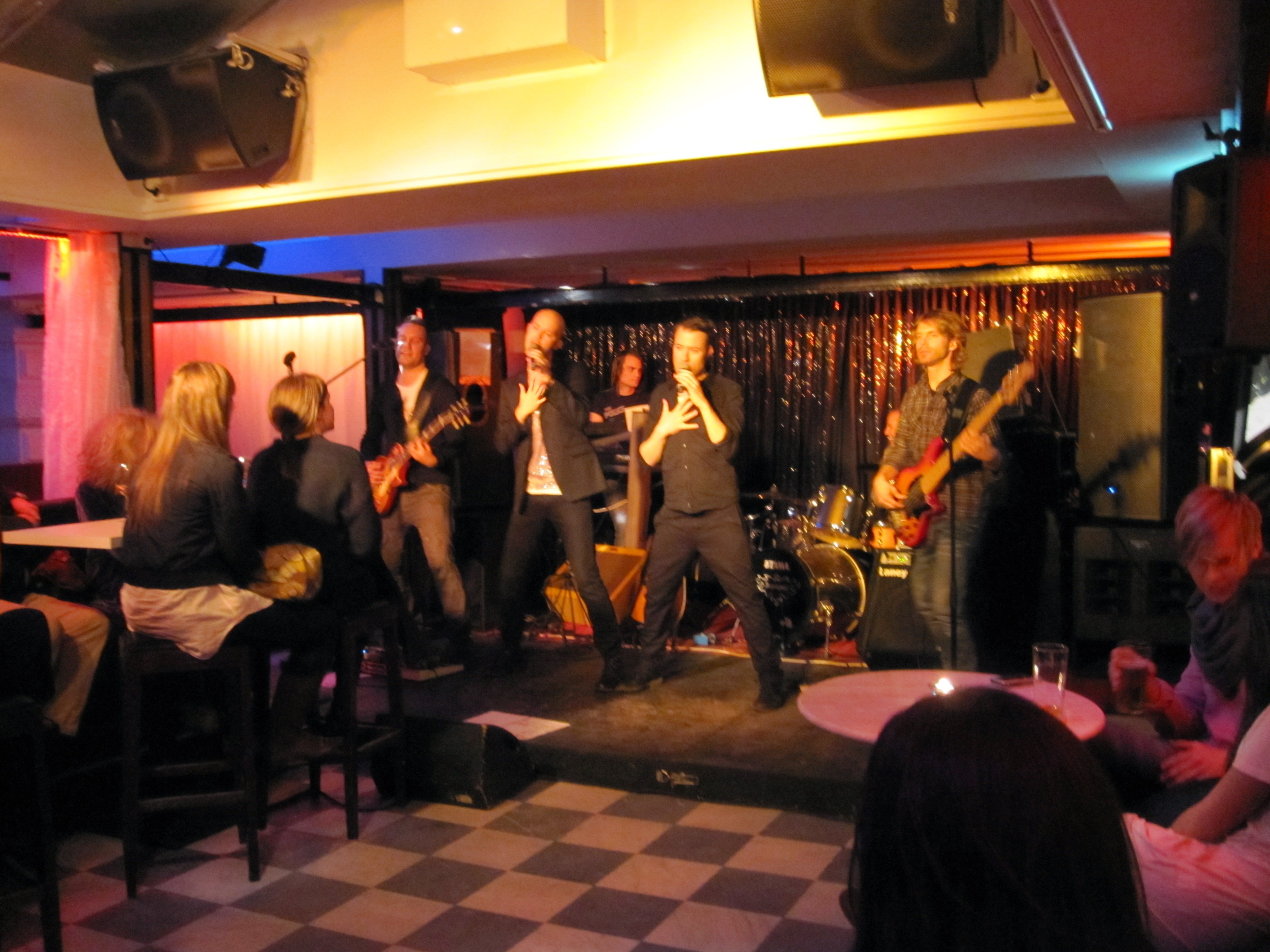 The only sad moment of my trip to Stockholm earlier this year was the discovery Victorias Bar had closed down. I had been there on many occasions, with many fond memories of their schlager nights. It was there, I discovered the band, “Hallå hela pressen”, seen here performing with one of the members of legendary Swedish band, Blond, Gabriel Forss and Andres Esteche who was an entrant in Melodifestivalen.

As I wrote a few years ago…

They’re a covers-band specialising in Swedish pop songs, particularly Swedish Eurovision contenders, from the last twenty or thirty years. The two guys who front the band obviously really love the songs, as they sing them with large amounts of passion and enthusiasm. And a sense of fun, too, I suspect. The audience really loves the music too, and as they dance and sing along to every single song

While the schlager nights continued until earlier this year, the band moved on. I’m not sure what happened to the bald guy, but the dark-haired guy, Mikael Landby, went on to be part of a group that entered Melodifestivalen in 2014. A couple of years ago when I was in Stockholm I went up to him and asked for a photograph. He seemed slightly bemused at the nameless bloke from Australia, who knew about his musical career, but he obliged, nonetheless.

And then, all of a sudden, a few weeks ago, he popped up on Youtube/Spotify with a new album/EP which I purchased, which I like very much, and so I thought I’d share here.

Another musical favourite from Sweden, Oskar Linnros, also has a new album out.