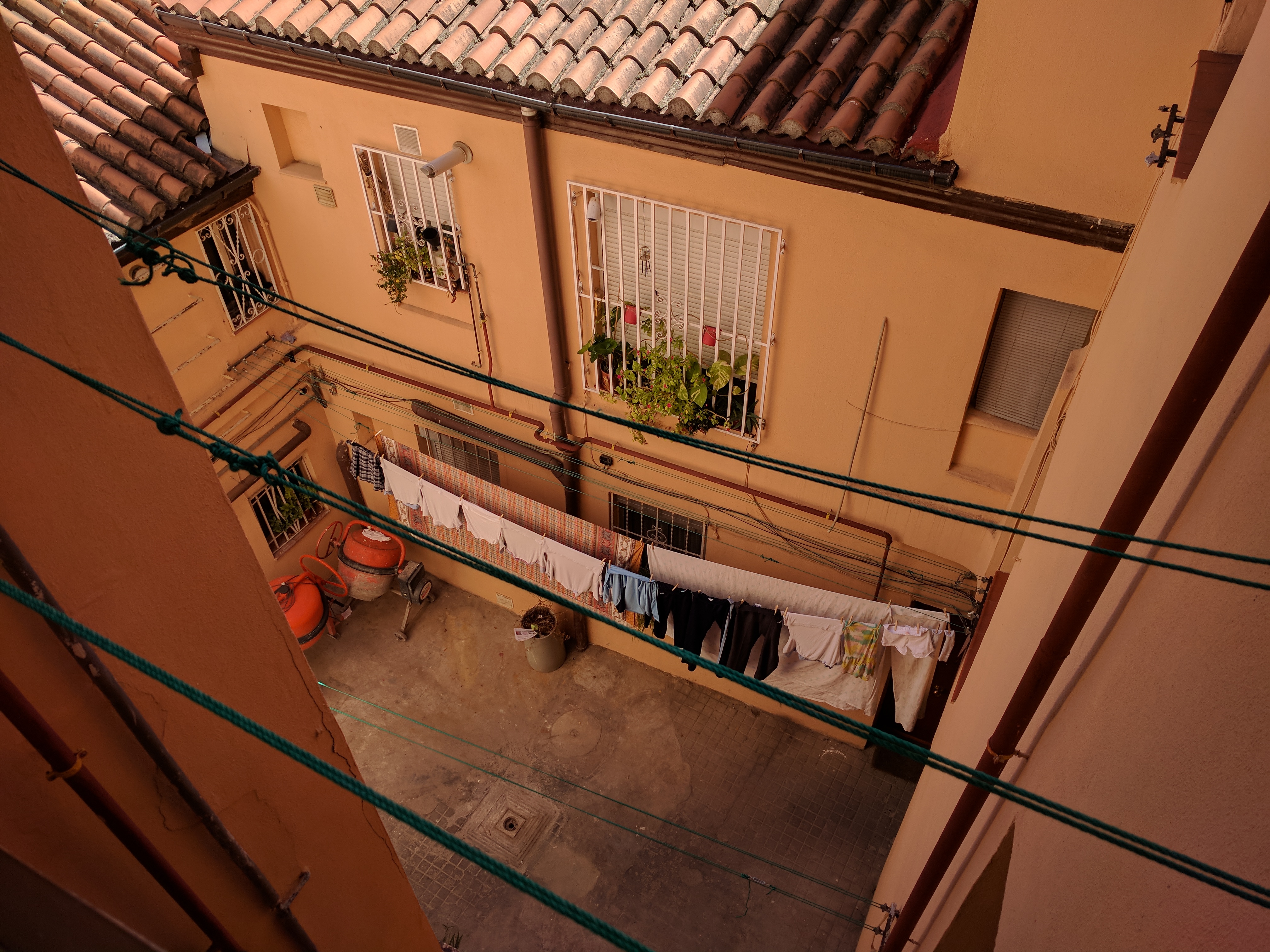 The Colours of Madrid

For at least ten minutes today I watched a young woman attempt to take a selfie. She tried portrait. She tried landscape. She did a complete 360 twirl to find the right background. She fluffed her hair, applied lipstick and makeup, and tried all manner of facial expression. Eventually she got the shot she wanted, or at least I hope she did. But honestly, it took forever.

For my part, I was sitting just metres away having a late lunch at the Chiquita Corner Bar. One of those late lunches were you eat, drink, and watch the world go by. It was the epitome of holiday relaxation.

Due to its proximity to Plaza Mayor, I thought Chiquita was going to be one of those overpriced tourist traps. You know, a great place to watch people, but with poor service, and average over-priced food. How wrong I was. The food was excellent (the best chorizo I’ve had in my life). The service was friendly, but also understated. There was no one staring over at me with that look of “can you please just eat up and move along”. No, it was nothing like that. It was excellent, and I’d highly recommend it.

The only disappointing thing about the experience was the group of four next to me, all of whom smoked. Or should I say, all of whom had cigarettes. That’s the thing I’ve never understood. People light up cigarettes, have an occasional puff, but for the most part let it burn, and then ash it on the floor, as they annoy people like me with their smoke. A small misery, I guess, for such an excellent location.

For me, it was a day of gentle exploration and relaxation, and looking for interesting sights to photograph. I managed to clock up well over 20,000 steps.

There were lots and lots of people around. Many of them were carrying, or were draped in Spanish flags, and there were lots and lots of flags draped from windows. Though I read there was to be a protest in the city AGAINST Catalonian independence, I didn’t see much evidence of anything “organised”. I guess it was probably just a case of wrong time, wrong place. It will be fascinating to head to Barcelona on Wednesday, the day AFTER the planned declaration of independence.

Mid-evening, I came back to my AirBnB, where I’ve spent a few hours reading and relaxing. I’d probably best describe my new neighbourhood as “Madrid’s answer to Darlinghurst”. There are lots of small, older buildings, in an area which seems to have begun the process of gentrification, though it probably has a way to go. There are lots of small hole-in-the-wall bars which I’ll undoubtedly visit over the next few days, and there’s a good nearby corner-shop, where I picked up some food for the next few days. Until Tuesday at least, this is home.

PS: There are no “public toilets” in Madrid. Also, I haven’t seen many garbage bins.