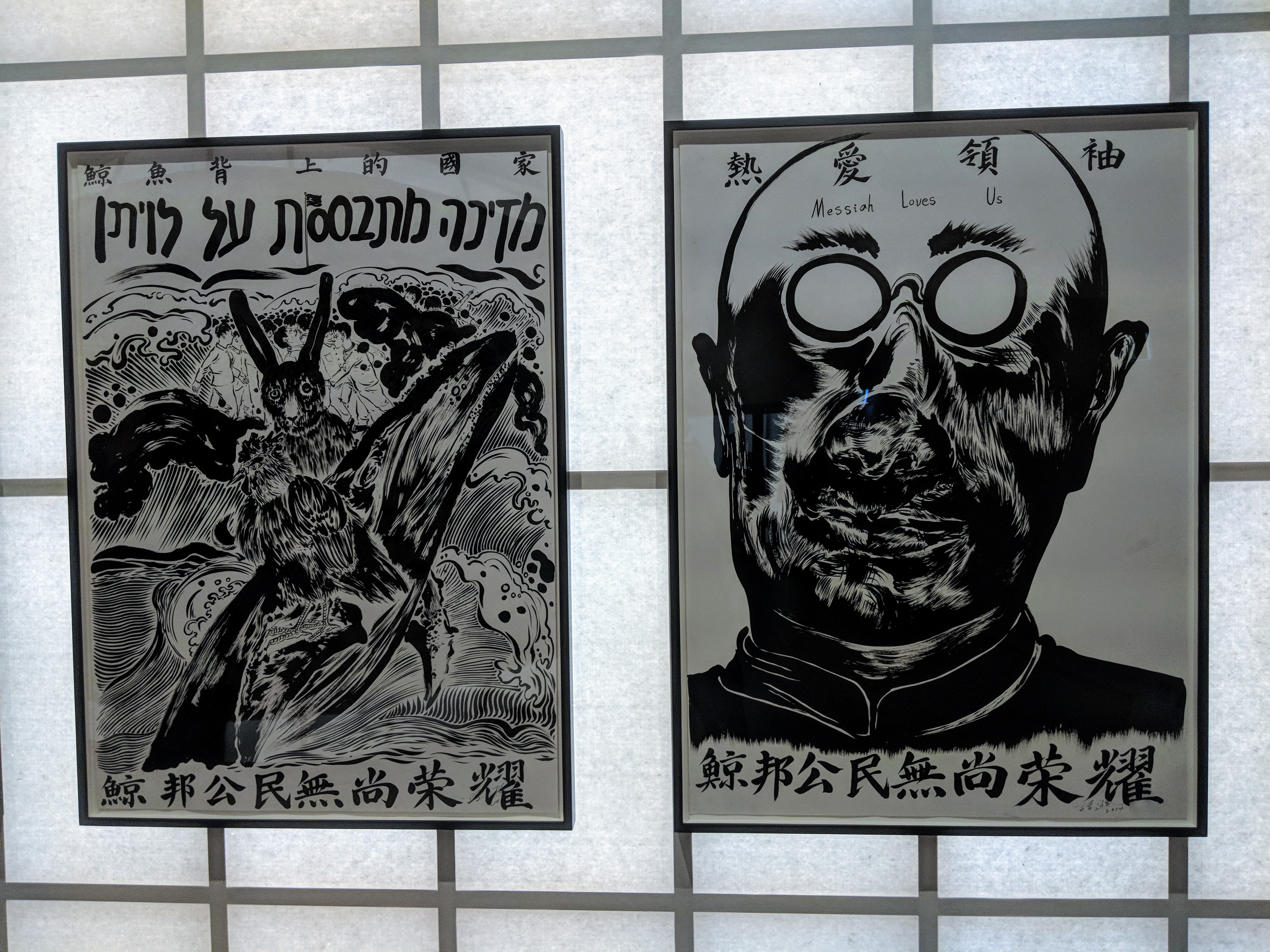 I was half expecting to see a new exhibition at Sydney’s White Rabbit Gallery when Sue and I popped in there today. Instead, it was the same exhibition I saw a couple of months ago, which I thought was okay, but didn’t really love with the same amount of passion I’ve felt for previous exhibitions at my favourite Sydney art gallery.

As we arrived, a guided tour had just commenced, and so with a mutual smile we agreed to join it. I’m really glad we did, because I understand the works and the exhibition so much more than when I popped in by myself a few weeks ago. The tour guide was very good: knowledgeable, and made the works accessible without dumbing down the content.

Much of the tour concentrated on a series of works – paper, posters, flags – under the banner of the “Republic of Jing Bang” by Sun Xun. Jing Bang is a mythical place, created by the artist to explore his thoughts around national identity. Through the creation of a mythical place with its own “story”, he explores themes around propaganda and citizen control. Now that I understand it more, I really appreciate it more. It’s the first time the full work has been exhibited anywhere in the world.

We also looked at some other works, including “Weight of Insomnia” by Liu Xiaodong, which is a painting being created by a robot, which is definitely worth seeing.

Before the exhibition closes, I also hope to return to see “Dragonfly Eyes” by Xu Bing, which looks absolutely fantastic,

So a terrific day, catching up with a friend, seeing some terrific art, and of course, topping it off with some tea.