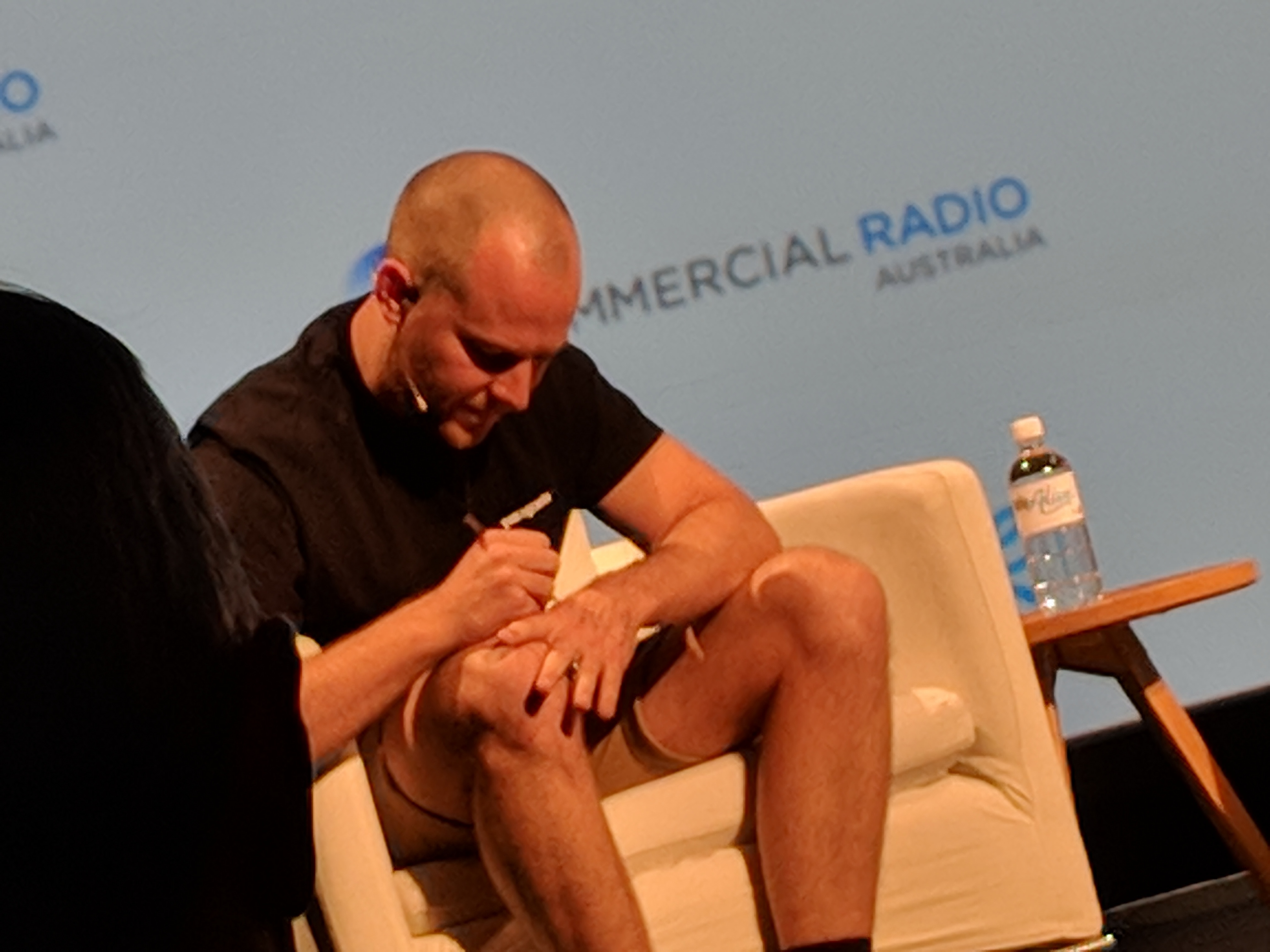 “I still can’t understand why a bunch of ABC people would go to a commercial radio conference”, my friend Sue said to me earlier today, as we sat and waited for our respective flights back to Sydney.

“Despite working to different agendas – advertising sales vs public service – we both have similar objectives and goals around making radio: to engage with an audience”, I told her.

And that’s why I enjoyed so many of the sessions as “Radio Alive” held yesterday in Melbourne.

“The Drive Panel”, in particular, was interesting, to get an insight into how a number of commercial radio presenters approached their program. Topics ranged from how you might need to modify the content of your program around the time of the “school pick up” when there might be “young ears” in the car to the editorial decision-making around which guests should appear on the program.

Kate Langbroek’s comment, “If they have to come to Australia to promote their movie, it’s probably a shit movie” received a loud laugh from both commercial and ABC people in the room. Another member of the panel noted how he and his co-host had recorded a fifteen minute interview with a visiting celebrity that was in his own words “appalling”. “We cut it down to two and half minutes and put it to air”, he said, recounting his manager told him they didn’t “have to” put it to air. The uncomfortable connection between editorial and public relations in the media was well highlighted.

I was also pleased to hear Ben Fordham talk about his new approach to commercial AM radio talk. In a field mostly dominated by right-of-centre angry radio, he spoke about how he doesn’t feel the need to talk to politicians, and offer opinions that weren’t authentic. He also spoke about how the traditional approach to commercial talk radio is to begin the program with a fifteen minute opinion-based editorial. “At school pick up time, you’ve only got them for about ten minutes before they take the kids off to swimming”, so he explained his approach was to come on, give the audience three bits of short-sharp information, and get on with it”.

Another panel, hosted by Virginia Trioli, in the style of Q&A with questions from the audience addressed some of the big contemporary issues in the media, including the #metoo movement, and onine trolling. Tracey Spicer said she thought the commercial radio industry had failed to respond to the #metoo movement, describing it as one of “the worst places” for sexual harassment. Later in the evening over drinks, a colleague who works at the ABC now, told me when she was young how someone who she worked with in commercial radio (and later at the ABC) had touched her breasts, while at the same saying “honk honk”. I was shocked. Being a man, and being a gay man, I’ve never really been aware of what many of my female friends and colleagues have endured. As a result of the #metoo movement, a number of them have since told me, and feel more comfortable about sharing this information. Hopefully, this openness will need to changes.

There were parts of the conference which were “very commercial”, focussing on advertising, clients etc, which I used as an opportunity to catch up with interstate colleagues. So all, in all, an awesome day.

Earlier in the week, I also attended #ozpod2018. It was also an awesome experience to sit down and enjoy some thoughtful discussions. Topics covered ranged from the authenticity you need in such an intimate listening experience (people mostly listen on headphones, not speakers) to the challenges of reaching a really broad audience. The podcast “industry” (both formats and in reality) is dominated by the east coast of America, and by Itunes. Even with reasonably high awareness and uptake in Australia, many podcasts are targetted towards a narrow segment of the audience, and fail to have much traction with the fifty-percvent of Australians (80% worldwide) who use Andrpoid phones.

For me, the most powerful, most interesting session of the day was based around the podcast, “No Feeling Is Final”, a podcast about mental health. Combining sections of live performance and Q&A, it was wonderfully honest, and what I really love about the rise of the podcast: the audio space to try out new ideas and formats in a space which the somewhat ephemeral nature of live, linear radio doesn’t often allow.