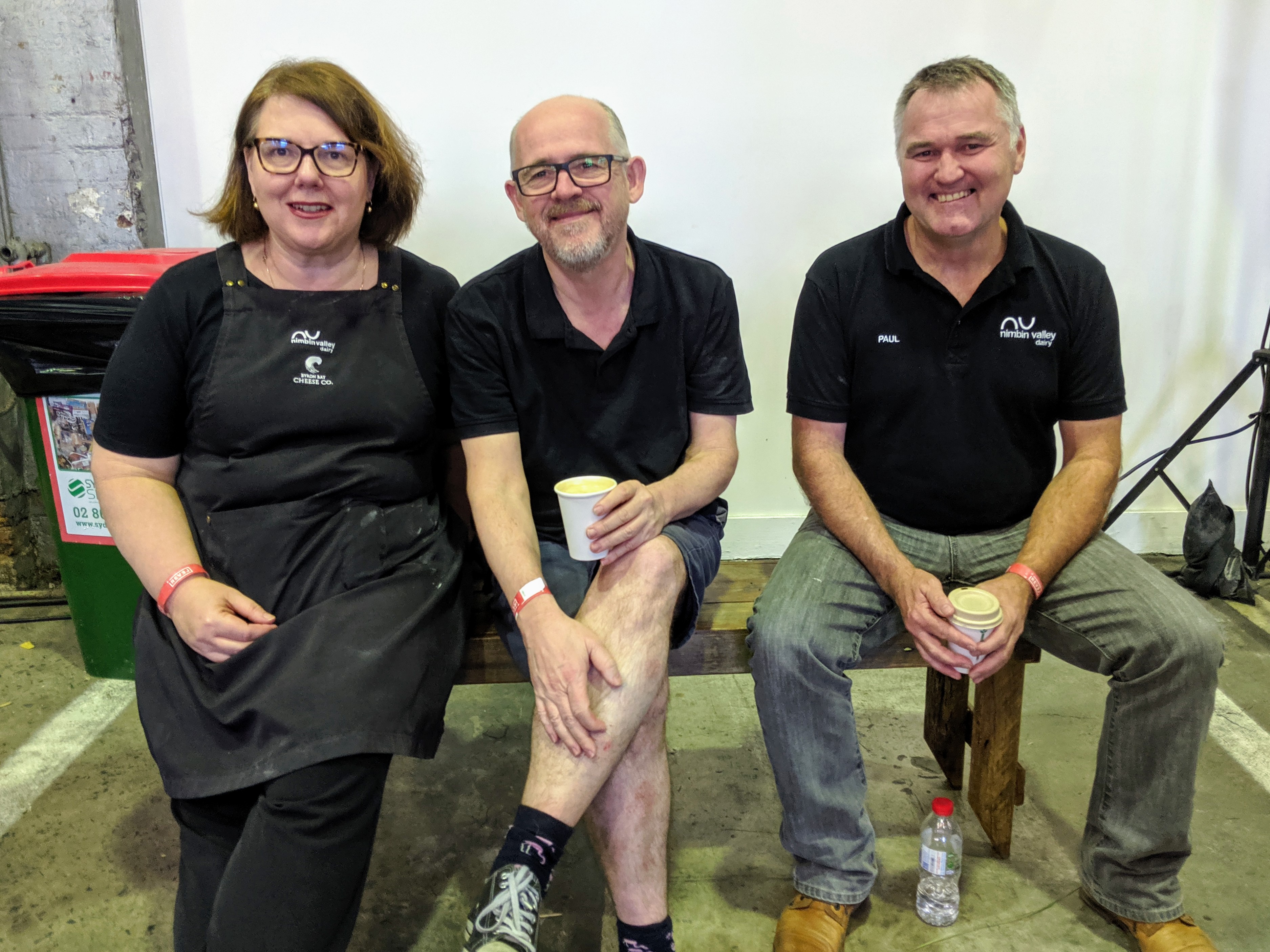 After a couple of weeks of daily activity, I’m taking it easy this Sunday. Though I need to go into work later this afternoon/evening to catch up on a few things, I woke late this morning (about 8am). Instead of watching “Insiders” on ABC TV, I stayed in bed and listened to it on “ABC NewsRadio”. I fell asleep again sometime during the program (no reflection on the content, I’m just a little bit tired), and woke again around lunchtime.

That said, it hasn’t been a few weeks without a lot of enjoyment, and here are some highlights from the last few weeks.

Yesterday, I caught up with my friends, Paul and Sue, who I’ve known since 1978! We met to school together at Richmond River High School in Lismore, in Nothern NSW, and have remained friends since. No doubt we’ll be around for each other’s funerals.

Paul and his partner, Kerry run Nimbin Valley Dairy, which makes some awesome products, using both cow and goats milk, including fresh milk, cheese and butter. Last year, and this, they came to Sydney for a cheese festival, where Sue and I helped out. Though it was a long day, it was lots of fun, with lots of chat throughout the day, and then dinner at night.

Despite the busy times, life’s good.