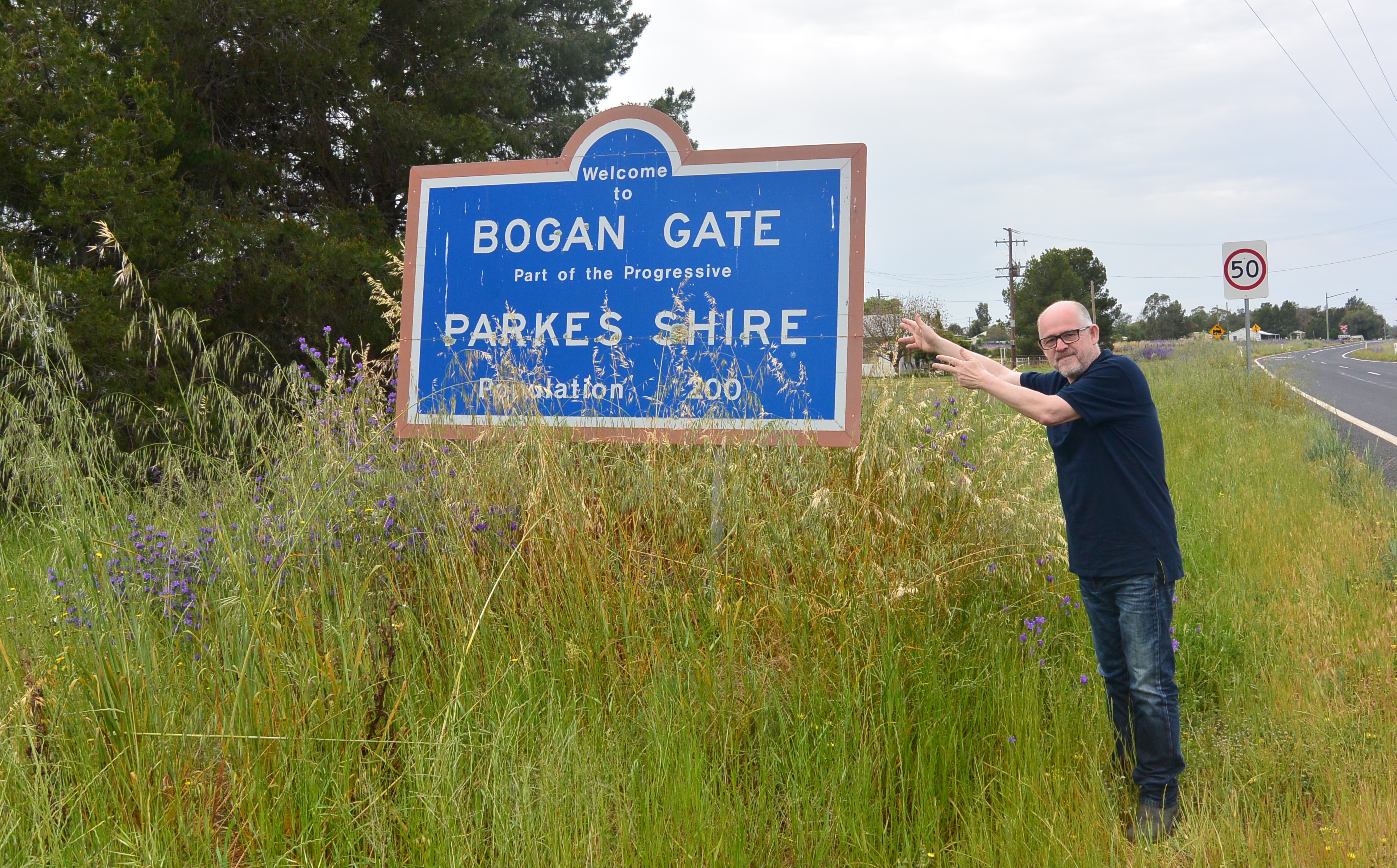 There was a moment today when Sue and I felt like we were on the set of a 1990s Australian film. We were having lunch at one of the two pubs at Lake Cargelligo, a town of a couple of thousand people located not far from the geographic centre of NSW.

“We’re not in Kansas anymore”, Sue said with a smile referring to the other people in the pub at around lunchtime. As we entered the pub, we were greeted with a smile by the young man behind the counter. There was music playing on the jukebox, and there were maybe half a dozen other people sitting around enjoying their beers.

“I could hear you playing ABBA from down the street”, a bloke declared as he walked into the pub. “If you can hear ABBA, you know I’m on duty”, the young man replied. “I almost didn’t come in”, the bloke added. It was like that scene in “Priscilla” when Bernadette demands they play “no more f$%ing ABBA”.

I guess it was the ABBA soundtrack (five or six songs in a row) that contributed to the idea we were in a 1990s Australian film, though it was definitely more “Priscilla” and not so much “Muriel”.

Along the way we had also stopped at Condobolin (which I’ve blogged about separately) and the wonderfully named, “Bogan Gate” made famous a couple of years in this You-Tube video.

But today’s journey was all about getting from Parkes to Griffith.

Dating back to the early 1990s, when I lived and worked in Wagga Wagga, I have had fond memories of visiting Griffith. There was the wine, there was the food, there was the beautiful environment, and there was the strong Italian cultural influence. I remember reading once that about half of the city’s population had some Italian heritage.

In 2003, I returned to Griffith to host a conference, and my fondness for the place was re-enforced. https://jamesobrien.id.au/2003/11/visiting-griffith/

And so when Sue and I began planning this current holiday, I strongly suggested we should extend the road trip a little further south than originally planned.

Since arriving, we’ve gone for a walk up and down the main street, Banna Avenue, and it was pleasing to see there were only a few empty shops (unlike some of the other places we’ve visited on this trip). We had a pretty tasty pizza tonight at Guieseppe’s Restuarant, and we’re looking forward to further exploration of the food and wine scene over the next day or so.

I’d previously mentioned to Sue that it was also important for us to visit the cemetery, which is dominated by large headstones from the Italian Catholic community. Four years ago to the day, Sue had been in Italy, and had visited the village where her grandparents lived. “We have headstones like this back in the village”, she said, “though probably not as large.”

“I wonder what the cemetery will be like in fifty years”, I said to Sue. “Is this a moment in time where they’ve paid respect to the settlers of the last 50-100 years? Is it something the younger generations of Italian descendants will continue, or will they too move to cremations and lawn cemetery style burials?”. Whatever happens, it’s a fascinating place to visit, and if you’re ever in Griffith, I’d highly recommend taking a look. We found it absolutely fascinating to walk around, to read the inscriptions, and to wonder about the lives of the people buried there.