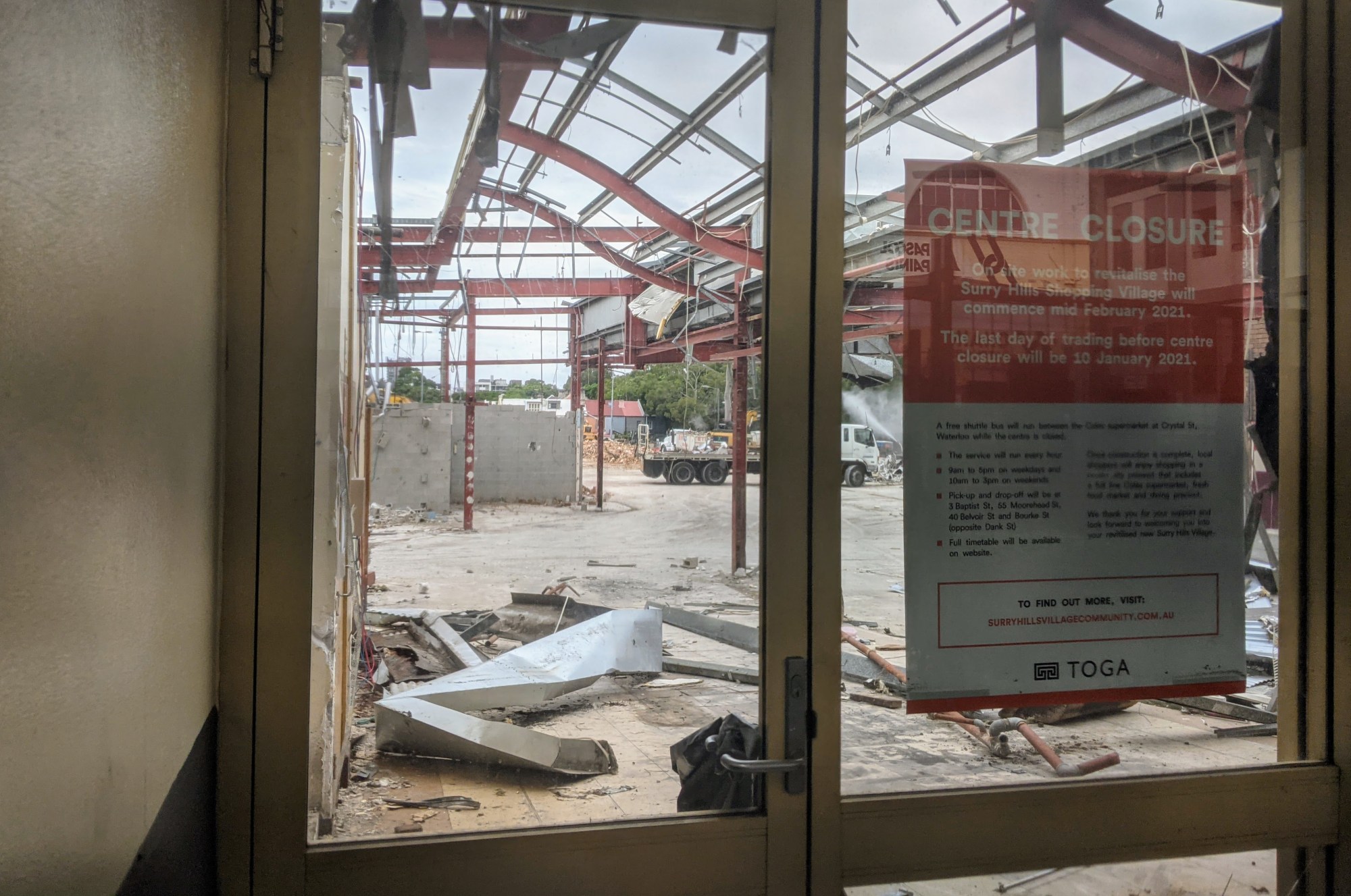 I’m not really sure when I started looking closely at “Development Applications” but it must have been sometime between 2005 and 2010. I was the Program Director at ABC Radio Sydney (then named 702 ABC Sydney), and I knew local council activities were a good source of news stories.

After reading the development application on the City of Sydney website, I’m none the wiser. All I can determine is that over the next four months, they’re doing $87,000 worth of development works, removing some interior walls and so on. I can only assume they’re preparing it for a possible new tenant.

There’s a lot going on in my part of Surry Hills right now with the redevelopment of the Surry Hills Shopping Village.

Though I’ve joined the Facebook group, and some friends have become passionately involved, I haven’t really engaged yet with the planned traffic changes on Cleveland Street.

At the heart of the matter is a plan to reduce the traffic speed to 40km/h on Cleveland Street, and remove the capacity for people to turn off the road.

Cleveland Street is a very busy thoroughfare, and so this isn’t just an issue for people in Surry Hills. Though traffic can sometimes travel at a “glacial pace” (when there’s cricket or footy happening at one of the nearby stadiums), 40km/h does seem a little slow, in my opinion.

And the argument people have put to me is that many of the quieter streets of our neighbourhood will become busier, as people try to find shortcuts or speedier ways of travelling through the neighbourhood.