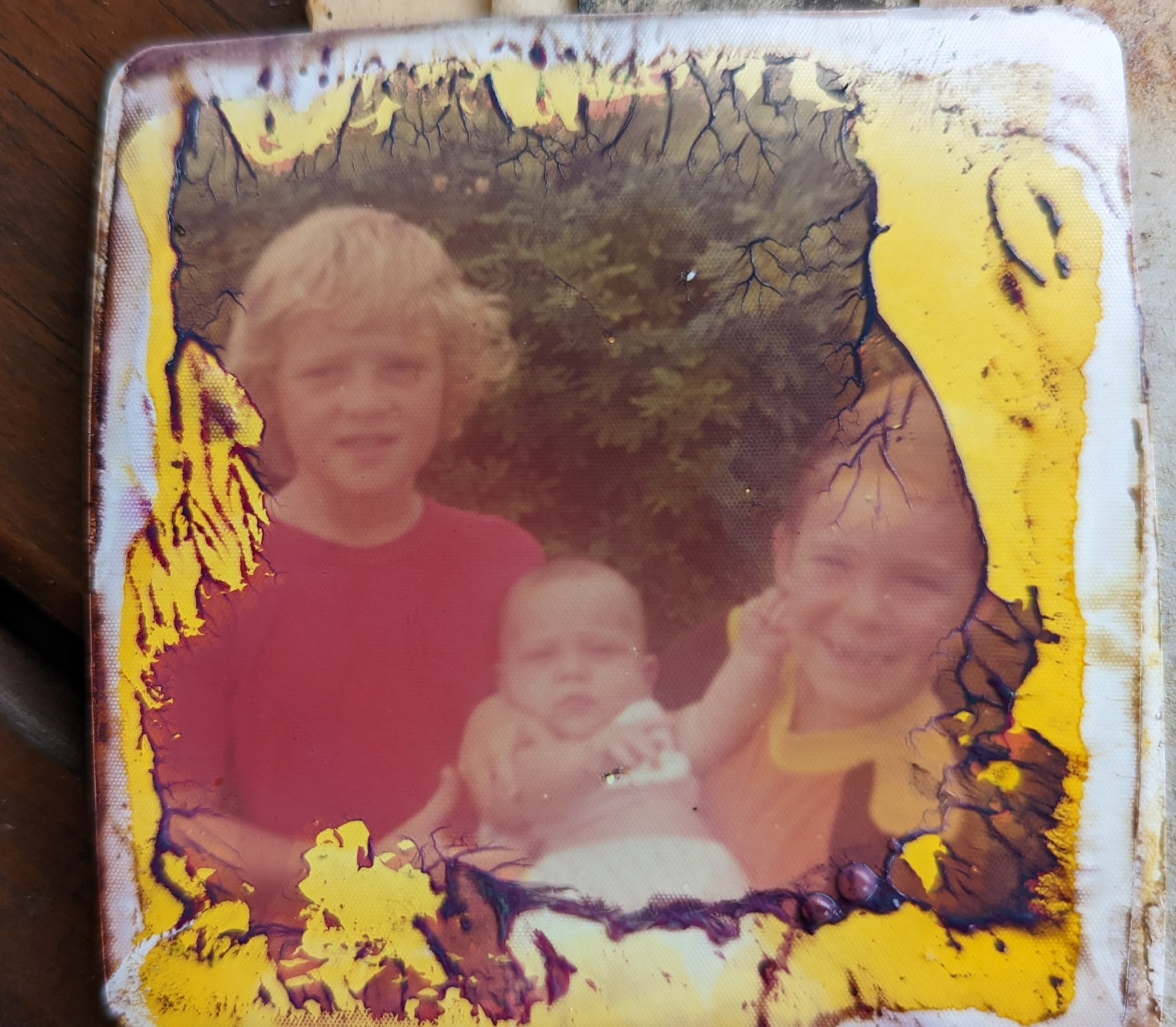 A lot ahead of us

“You can have my thongs if you like”, I said to my nephew Sam when he mentioned he had no shoes to wear. We were on our way to Ballina Airport so I could return home to Sydney. “Sam, do you have shoes?”, Michelle asked her son, to which replied he had spent the last fortnight going barefoot.

A few more photographs of the rescue involving him, Pat and Jack have emerged. I draw your attention to Sam’s “tanned” legs. His legs are not “tanned” (they’re normally quite pale), but in these photographs, they’re covered in floodwater, along with petrol/oil which entered home from the nearby service station. He’s wearing a pair of boots in the photographs, though none of us knows when, where or how he obtained them.

Though Pat and Jack’s place is now “home”, there’s another place I also call “home”, the house where I grew up. It’s a house that had been in my family since the 1930s. After the death of my mum in 1984, I no longer had a strong connection with the house, though my granny and uncle lived there for a number of years, and later it was bought by another family member. But for me, it’s always been “home”.

Having lived through the 1974 flood in the house, I was curious to see how it had faired this time around, so Karran and I went for a drive. (Her cousin lives next door, so we had a look there too).

“There’s someone out the front taking photographs of your house”, Wayne (one of the current owners) told me a friend inside had told him. He and his wife Noreen came out to say hello. “I thought you were from NBN” (the local TV station), he laughed.

We learned about their experiences during the flood, and they kindly invited us in to take a look around. I also shared with them a photograph of what the house looked like 52 years ago when it was transported on the back of a truck from another location.

With panelling removed, the original boards were revealed, and the colour (green) of my childhood bedroom was just as I remembered it. “That’s mum’s room, that was the kitchen”, I told Wayne and Noreen who were generous in allowing me to take a look around.

We spent a few hours on Thursday going through and trying to restore some old photographs. Many turned out okay, but others like this one were quite fragile, so I snapped a couple of backups while I still could.

Also this week, my brother-in-law, Jack was highlighted in the lead story on Prime 7 Local News (North Coast). The camera crew arrived late morning, ahead of the visit by the Prime Minister, and spent some time filming in the house and chatting with Jack.

As you can see, there’s a lot ahead of us.

Here’s an article I wrote for the ABC website about the amazing work done by volunteers and friends/colleagues helping us to recover.


I’m back in Sydney for a few weeks. There’s not a lot I can do until we have a better idea about the future of the houses. I also figured we have more than enough people currently at Michelle’s place, and one less person might make things a little easier.