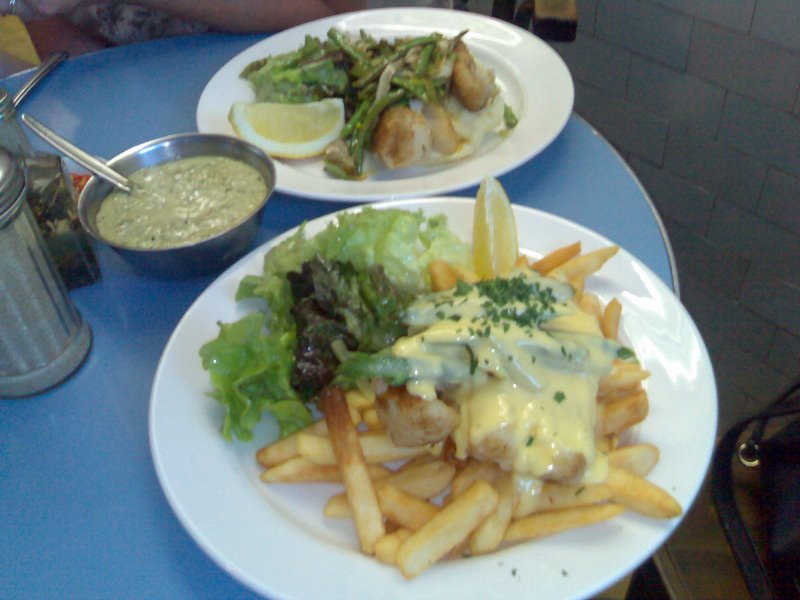 It’s been several weeks since we’ve caught up, despite the fact that we live just a short distance from each other. This weekend, however, she’s moving back to “God’s Own Country” (Sutherland Shire), and so is bidding farewell, it seems, to life in Surry Hills. So after an outdoors chardy at the Shakespeare, we headed over to Mohr Fish which has been there for at least a decade.

Located in an old butcher shop, I think, the shop is small, the decor is simple, and the food is delicious. We started off the meal with fish cakes (sublime) and dumplings (gorgeous) which, any other night of the week, would have amounted to a full meal. And then for mains we had the rockling (a fish I’d never had before) and the monkfish (a fish Yvette had never eaten before). By the end of the meal, we were completely satisfied, and we both had bulging tummies.

In other life activities, I’ve come to the conclusion “something’s fishy”.