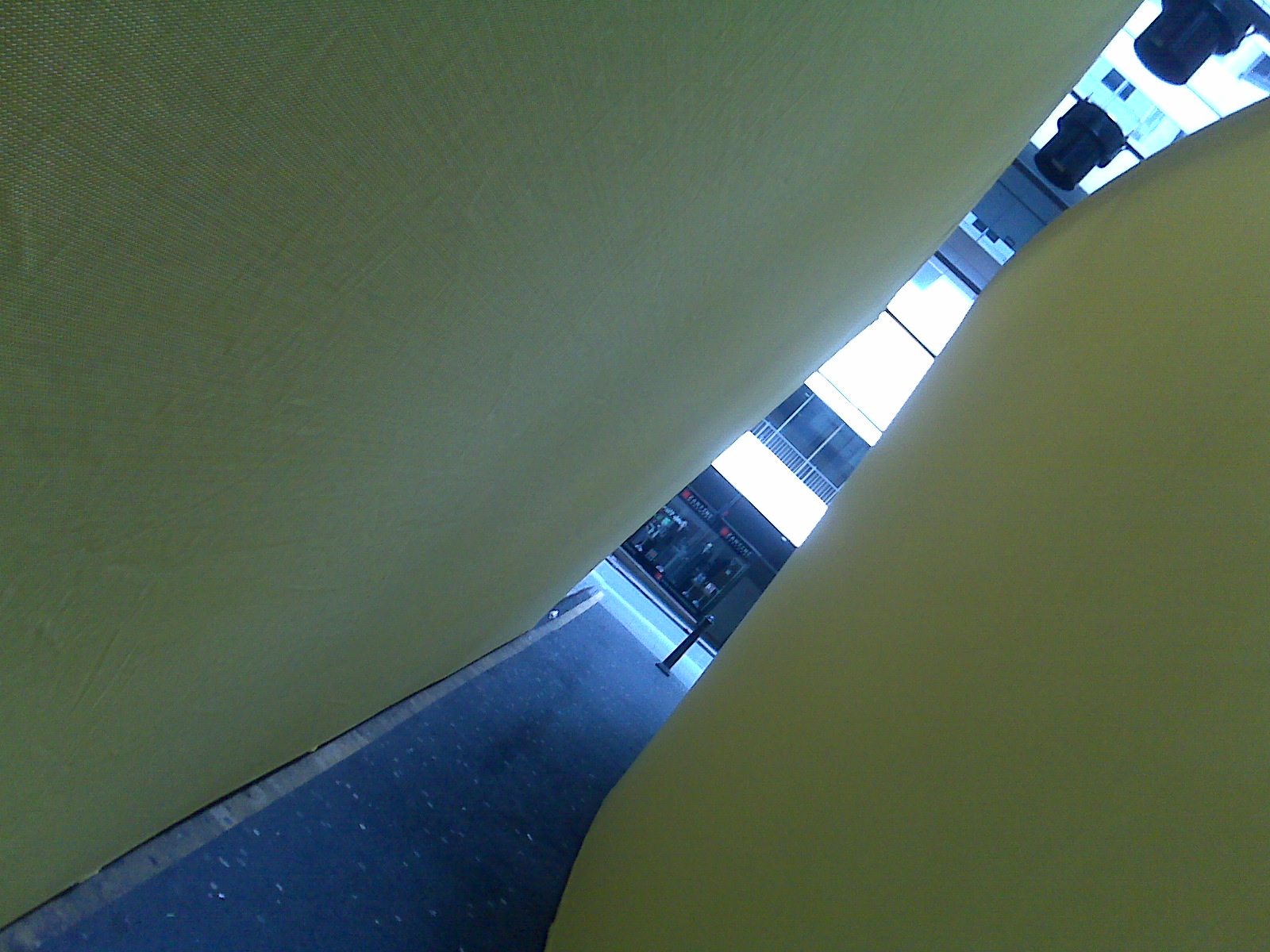 One of the great dilemmas of public art is the idea of what art you should put in public.

Unfortunately, a lot of the major debates about art – in the newspapers at least – centres around extravagant, obscure, and expensive art works being placed in public spaces.

I’m a great believer in all types of art being in public spaces, and as much as possible.

And so today, Patrick (visiting from Canberra) and I went for a bit of a walk around the city to look at the City Life Exhibition in Hyde Park and the City Laneways Installation PIeces.

The City Life Exhibition is always a popular one and last year I was lucky enough to go on a walk where the philosophy of the exhibition was explained in a guided tour.

“The photographs need to say ‘Sydney’ without resorting to cliche”, was the summation of the woman who did the tour.

As we walked around the exhibition this afternoon, we both felt that brief was met. I think my favourite piece is called “Applause”, which features a sea of people at a rock concert – presumably – clapping. The photograph was taken from “on high”, and in some ways resembled one of those great Aboriginal “singing” works. Dorothy Napangardi’s work sprang to mind.

We also chatted for a while with Theresa, who was photographed for the exhibition. I’m guessing she’s one of Sydney’s great eccentrics in the genuine, honest sense of the word. There’s nothing contrived about her. She just is who she is, from what I could see. As we chatted – for about ten minutes or so – she told us a little about the photograph, her work as a performer, including singing at The Menzies, and of her concerns for her grand-children.

You could just tell though she was extremely proud to be in the exhibition.

“Would you mind if I took a photograph of you with the photograph”, I asked.

Sensing a group of German backpackers were keen for their photograph, we bid her a farewell and headed off to the Laneways Exhibition.

Some of the installations were a little obscure even for my tastes. Some of them just didn’t work, in my view. But I loved the hanging birdcages (and the birds sounds), and I loved the silver birch forrest installation.

You walk into a large wooden container with mirrors on the wall and in which there are birch trees in pots. And just for a moment, you have a wonderful sense of serenity in anotherwise noisy city.

On the way home, we caught up briefly with Sam for a beer and a chat at The Green Park.

The grand final was on the screen there, and that’s when I noticed how bad the result was going to be.

Closer to home I peaked in the window of the Carrington Hotel which had been adorned with Parramatta’s colours. Sad faces all around.

Anyhoo, better head out. Meeting some people for dinner at 8.30. And frankly, the sound of doof-doof from Parklife is giving me the trotts.