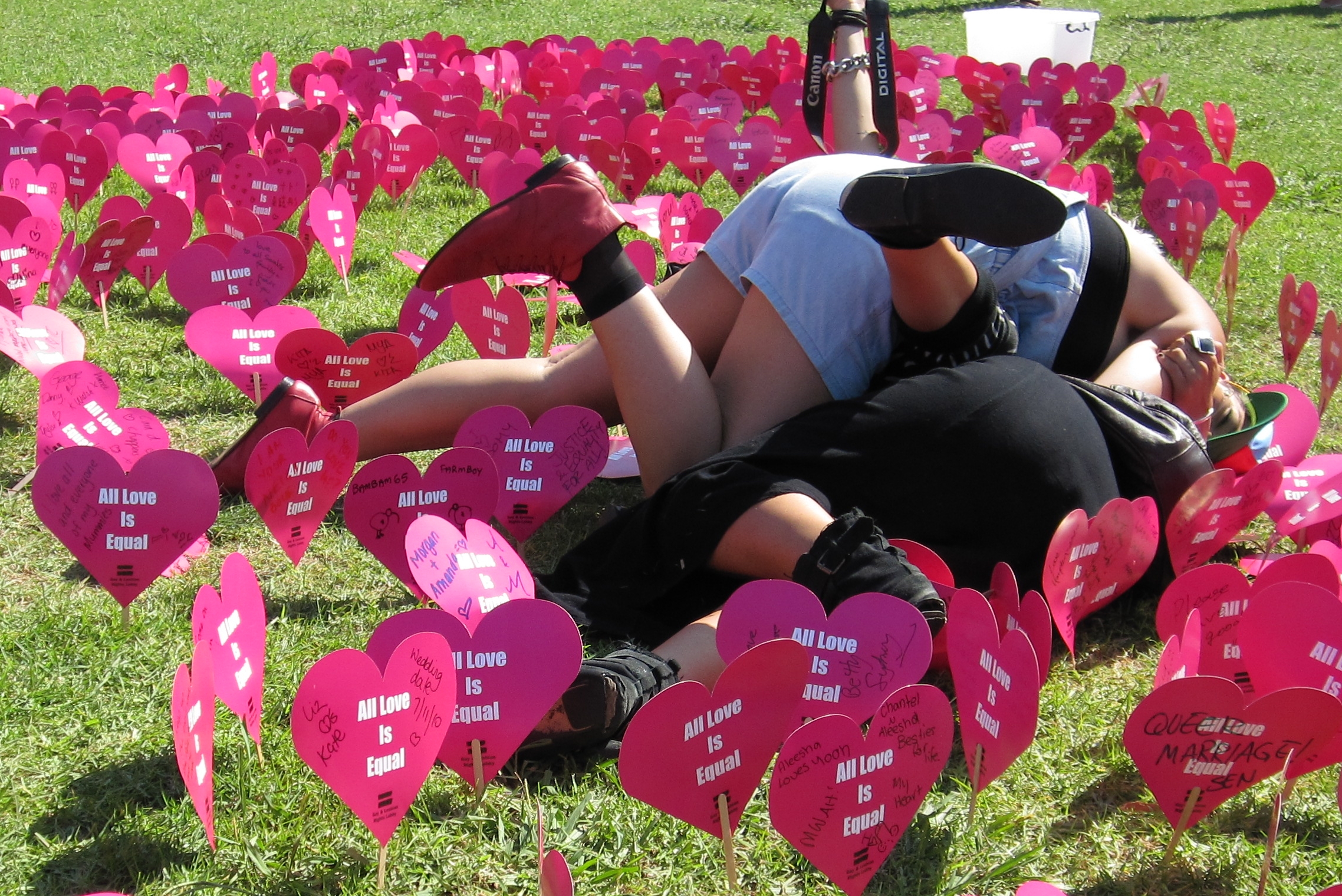 There are some days when I sit around doing, literally, nothing. I’m lucky if I leave the house. That was not the case today, with three activities scheduled.

Kate and I caught up early this afternoon with a wander around Fair Day in mind. “It’s a great photographic opportunity” , we both agreed, with the combination of drag queens, muscle boys, and pets in the assortment of Sydney gay life. Of all the “gay things” I do each year, it’s usually one of my favourites. Although my absolute favourite is the annual Mardi Gras History Walk, I really like fair day because it’s a very much a family occasion. It’s gays and lesbians doing their thing, participating in sports, culture and so on. Favourite stall this year? The “Living Clean and Sober Sausage Sizzle”, as that’s where Kate got her sausage sandwich from.

Today’s second activity also had a gay theme. Another film at the Mardi Gras Film Festival called, “Make The Yuletide Gay”, a rather delightful “coming out story” from America.

And then tonight, Kate and I caught up again to have dinner at the rather excellent, Red Chilli in Chinatown. There was plenty of protein in the meal, as we feasted on duck, chicken and lamb dishes. We were joined by a couple of Kate’s friends who are from Chinese heritage, and so there was much Mandarin spoken (well not me), as we enjoyed our meal. From our vantage point, we watched the parade.

Coming home tonight, the first thing I wanted to do was have a shower. After all those hours wandering around watching and enjoying a tremendous day in Sydney, my feet were aching.