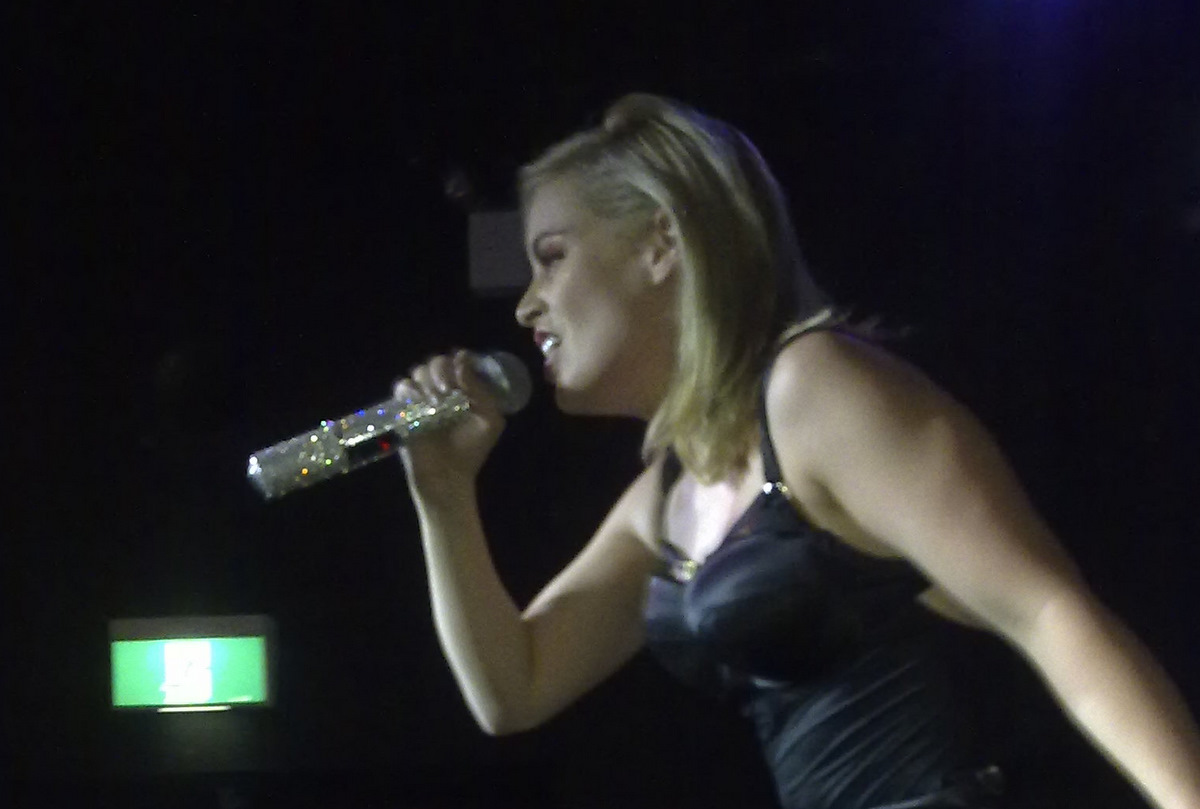 Three years ago when I saw Swedish singer, Robyn play the Oxford Art Factory the bouncers looked at me as if I was a) far too old to be going to the show b) probably a bit drunk and c) possibly selling drugs. It was the same again tonight as I entered “Never Mind”, a club on Oxford Street to see Swedish singer, Therese, though I was none of the above.

On the eve of my forty-fifth birthday, I guess there’s an assumption people of my age should be at home and in bed. By and large, that’s how I spend my life. But sometimes I do like to go out on the town for a bit of late-night clubbing, especially when it involves Swedish pop music.

Even though they’re both single-named acts, Robyn and Therese are in a different class of performers. Robyn is universal, iconic, a genuine successor to the likes of Madonna. Therese is more your run of the mill dance act. In fact, a woman I’d spoken to earlier asked me at the end of the show “Is the famous?”. I replied, “She’s well known in Sweden”.

Therese has been part of a group that entered Melodifestivalen, the Swedish finals which lead to Eurovision. Later, after the show, my friend Louisa asked if she was going to be in Melodifestivalen next year. “Probably not” was Therese’s response.

Tonight she sang three songs. The first two appeared to be lip-synched, while the final appeared to be live. I thought her performance was interesting for the way in which she really got right out into the audience. She was just a couple of feet away, in fact. Close up, she looks “very very Swedish”. Not just that she has blonde hair, but also in her facial features.

I’m not sure if she’ll ever be a big star, even here in Australia where we love Swedish acts, but it was a good experience for an otherwise wet Friday night.

Later, out on the street, as I stood around while others smoked, I got chatting with a couple of guys who were also big fans of Swedish pop. We established that we had been in the same club – Paradise – in Stockholm on the night of Melodifestivalen. “Oh my God, Nanne is so fantastic even though she’s old”, one of the guys said. There was much to reminisce about.