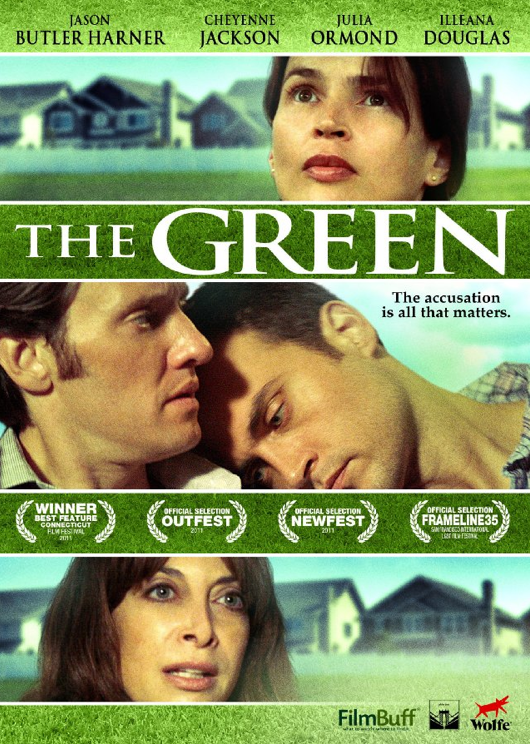 “Most films, these days are far too long and lack any discernible plot”, I told to my friend The Best Judge was we left the cinema tonight. “This film had neither of those characteristics”, I added, pleasingly and reassuringly. We were at Fox Studios for “The Green” one of the films in this year’s Mardi Gras Film Festival.

I hadn’t planned to go to see this particular film, as the plot-line sounded all a bit grim. The story of a gay school teacher in an American small town accused of sexual advances against a male student. “I don’t want to see that”, I thought to myself as I read the synopsis on the website. As our friend, Grant wasn’t feeling well, I was invited to come along in his place. After the week I’ve had – don’t talk to me about Kevin Rudd and Julia Gillard because I’m sick to death of them – I said an enthusiastic yes to the invitation.

It wasn’t long, though, before I was drawn in to their world. The reason? The characters. They were all completely believable. I also believed their responses to the difficult situation they found themselves in. Without wishing to spoil the plot, the lead character, the school teacher, has a soft spot for a young student who comes from difficult circumstances, but who is talented and gifted.

This “soft spot” is assumed to be something sexual, and through a series of incidents, the teacher is accused of an inappropriate relationship. His life then spirals into a state of chaos which just seems to get worse and worse. You can see him make stupid mistake after stupid mistake, and you feel a great deal of sympathy for him.

But there were times when I also wondered if maybe the relationship had been inappropriate. A number of previous incidents in his life bring forth the though that maybe, just after all, he wasn’t as innocent as you would like the “hero” of the film to be.

I won’t go any further into the plot, lest I spoil the film for you. I just wanted to illustrate the complexity of both the plot and the characters.

In short, it’s a good story, told well, and I’m pleased my friend was sick tonight for one reason only: I got to see a really good film.