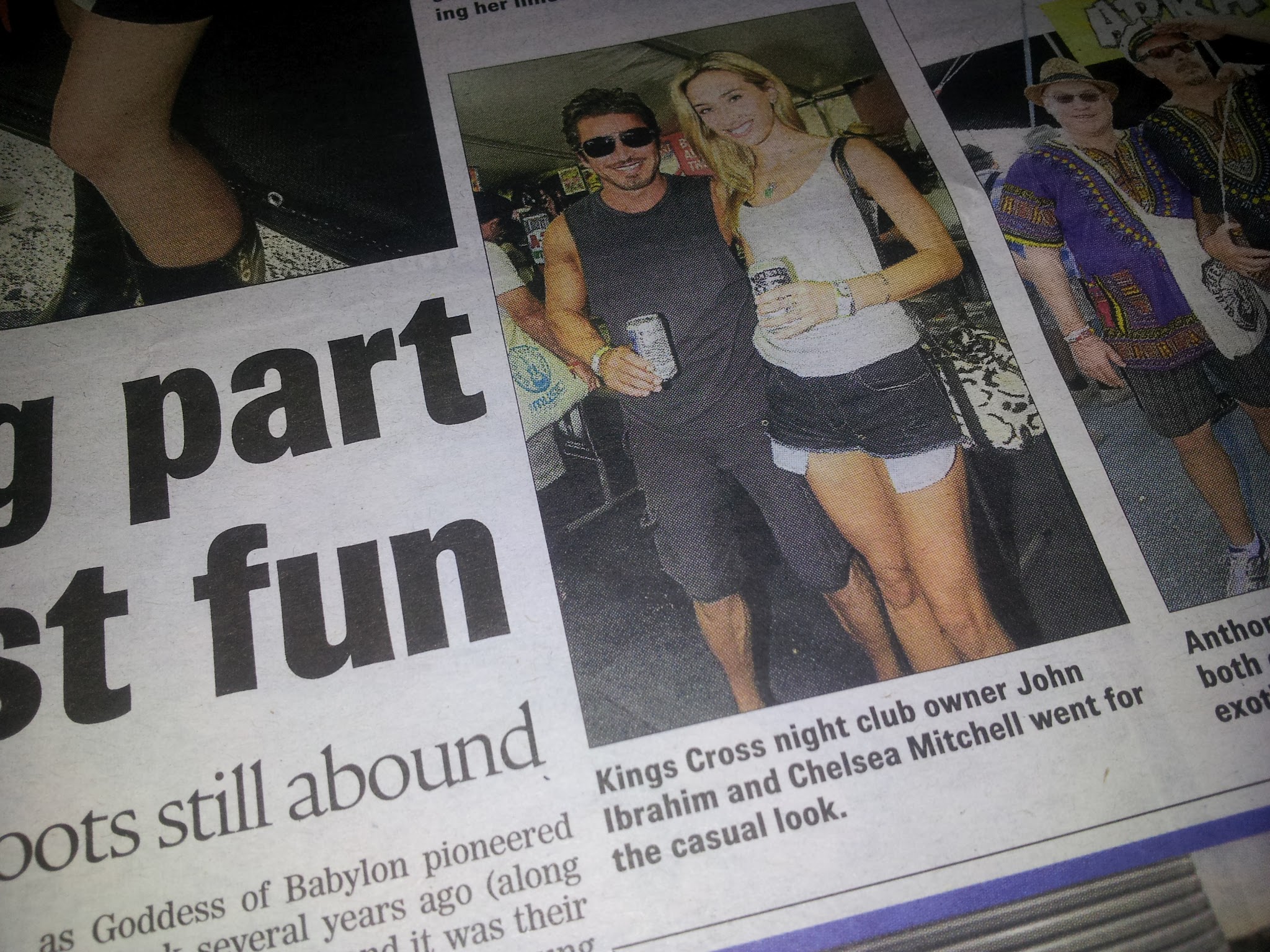 If it wasn’t for Blues-Fest (held at nearby Byron Bay), the local paper, “The Northern Star” would have been a fairly thin volume today. Aside from the “social page snap” of Kings Cross nightclub owner, John Ibrahim, there wasn’t much to be found in today’s paper. Normally, when I come home, I can always find an hour or two’s entertainment in reading the paper, catching up on the hatched, matched and dispatched column, but even that was a bit “light on” today.

Today was a day of visits to cemeteries and nursing homes. We went to visit an ageing relative in Casino who recently moved into a nursing home. Sadly, another family member has succumbed to the combination of dementia and Parkinson’s Disease. She didn’t really remember us until prompted, and even then we weren’t all that sure she really did remember, or if she was just saying so. And then she said something about one of our “big family secrets” which meant she hadn’t completely forgotten everything.

We also went to visit the grave of an uncle who died recently, and who is buried in the same cemetery as legendary musician, Winifred Atwell which I’ve also blogged about.

The family was also interested in visiting the East Lismore Cemetery where my dad’s parents and my mum’s father are buried. It’s also the place where mum and dad buried a still-born child called Joan back in the 1950s. Although older family members must have known about this child, the younger ones certainly did not. Joan is buried in an unmarked grave under a tree. “Why is she in an unmarked grave?”, Nancy asked, to which I replied, “I guess it’s because they didn’t have the money for one”. We’ve never been a wealthy family.

We also spent a fair bit of time this afternoon and evening on the back verandah. We watched the sunset and we watched the lightning which, contained in a rather large cloud system, was rather spectacular.

For example, I learned this trip that my now seven-year-old nephew absolutely loves his fart joke book. As he read countless jokes out to me, I remembered how much I used to love fart jokes also. Hey, I still laugh at fart jokes now. One of my all-time favourite jokes is Bette Midler’s joke…

I was sitting on the ferris wheel with my boyfriend Ernie and he said to me “did you just fart”? I said to him, “Of course I did Ernie. Do you think I always smell like this?”

I guess it must be part of the humour gene that only resides on the y-chromosome. I also learned this trip that my nephew believes his nan should go on Master Chef, and could win solely on the basis of her homemade sausage rolls.

It’s also nice to be home as my niece awaits the birth of her first child. As she awaits the birth, her partner has been working for the City Council on the construction of some new roundabouts. If you’ve ever been through Lismore, you’ll know that it’s a city of roundabouts, but apparently, that hasn’t stopped motorists from stopping their cars and getting out to abuse the council workers working on the construction of these new ones. That’s such a Lismore story.

It’s nice to be home.