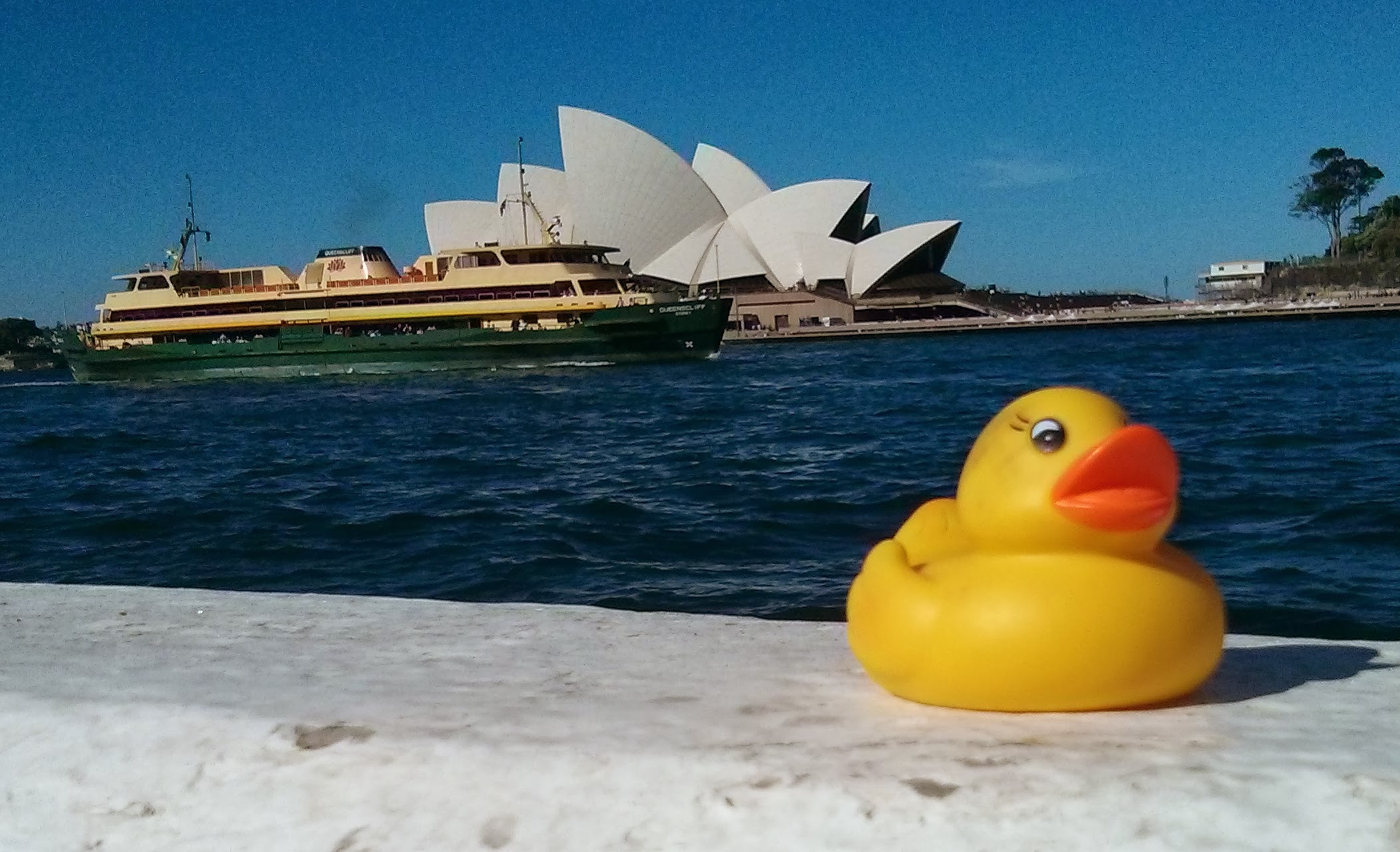 Earlier in the year, during Sydney Festival, you may recall there was a “giant rubber duck” in Sydney. As with the snails which are currently part of “Art & About” festival, it was one of those great public art projects which captured Sydney’s imagination, able to transcend generations and inspire child-like wonder in us all.

Unbeknownst, a few months later, while visiting Denmark, a lovely woman we stayed with called Marian, gave both Sue and I a much smaller rubber duck of our own, as a souvenir of our time staying with her.

For months, the duck been sitting in my lounge-room back in Sydney, waiting for the right opportunity. I’ve been wanting to pop down to the harbour and take a photograph of the duck back in Sydney. Significantly, Marian and her sister had both lived in Sydney for a number of years, with very fond memories. I thought a photograph of the duck in situ would be a lovely way of saying thanks, and an affirmation we had kept our souvenir ducks, though the temptation of longer travel may have been to ditch them as soon as we had left Copenhagen.

Finally, the time was right, the weather was right, and so I snapped a photograph today of a duck from Denmark seated in front of the Danish-designed Sydney Opera House. Hopefully, it gave Marian a smile…