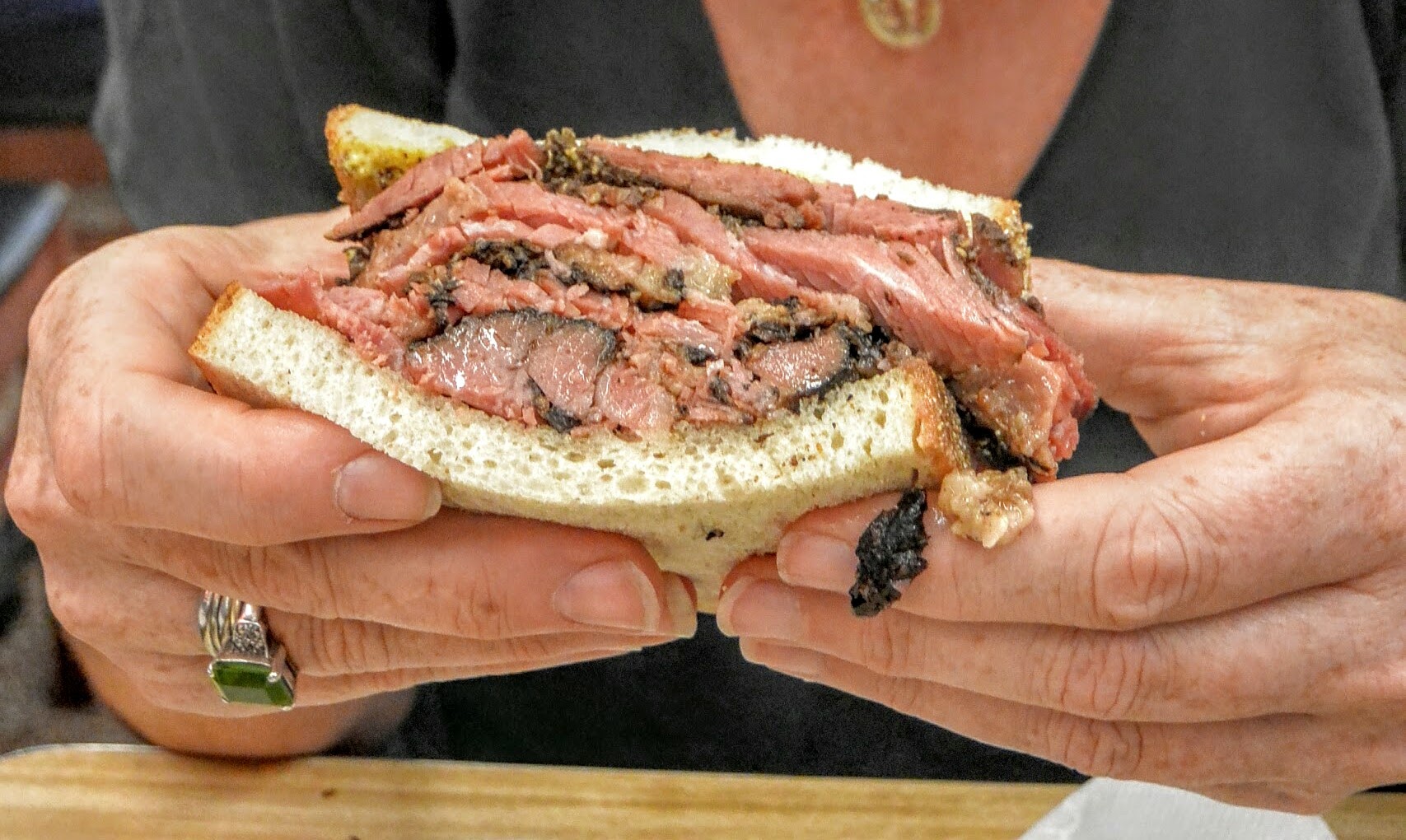 You Will Gobble It Up

There’s something wonderfully chaotic about Katz’s Delicatessen. There were queues everywhere. I don’t know how many waiters there were for how many customers. As soon as someone stood up, there was someone to take their place. Their daily turnover must be huge. And yet in the midst of the apparent chaos, people came in, found a seat, and were fed efficiently.

While Michaela joined a queue, I scouted for a table and found four empty seats. Within a couple of seconds, a couple had asked if I minded if they shared the table. Of course not. I don’t remember what we chatted about, but they seemed nice. And a few minutes later, Michaela was back at the table with our food.

“When I used to live here, a friend and I used to share one of these when we didn’t have much money”, Michaela told me. It’s not just a question of money, though, as the sandwiches are quite large. At the table to our left, they were all ordering individual sandwiches. I don’t know how they managed to eat one all by themselves.

It was a really great thing to do on my final day in New York, and so “very New York”.

With only a day or two left, there was still much to do.

Yesterday, we saw the Statue of Liberty, and last night we saw a musical play called “Funhouse”.

It’s the story of a young girl who grows up, realises she’s a lesbian, and then further realises her father was closeted gay. Based on a true story, there are layers upon layers upon layers. The story was terrific, the music was excellent, and all of the actors performer their roles well. So this is what it’s like to see a proper Broadway play, I thought to myself. :)

My friend Colin once told me about New York: “You will love it. You will gobble it up”. He was right, you know. I’ll be back.