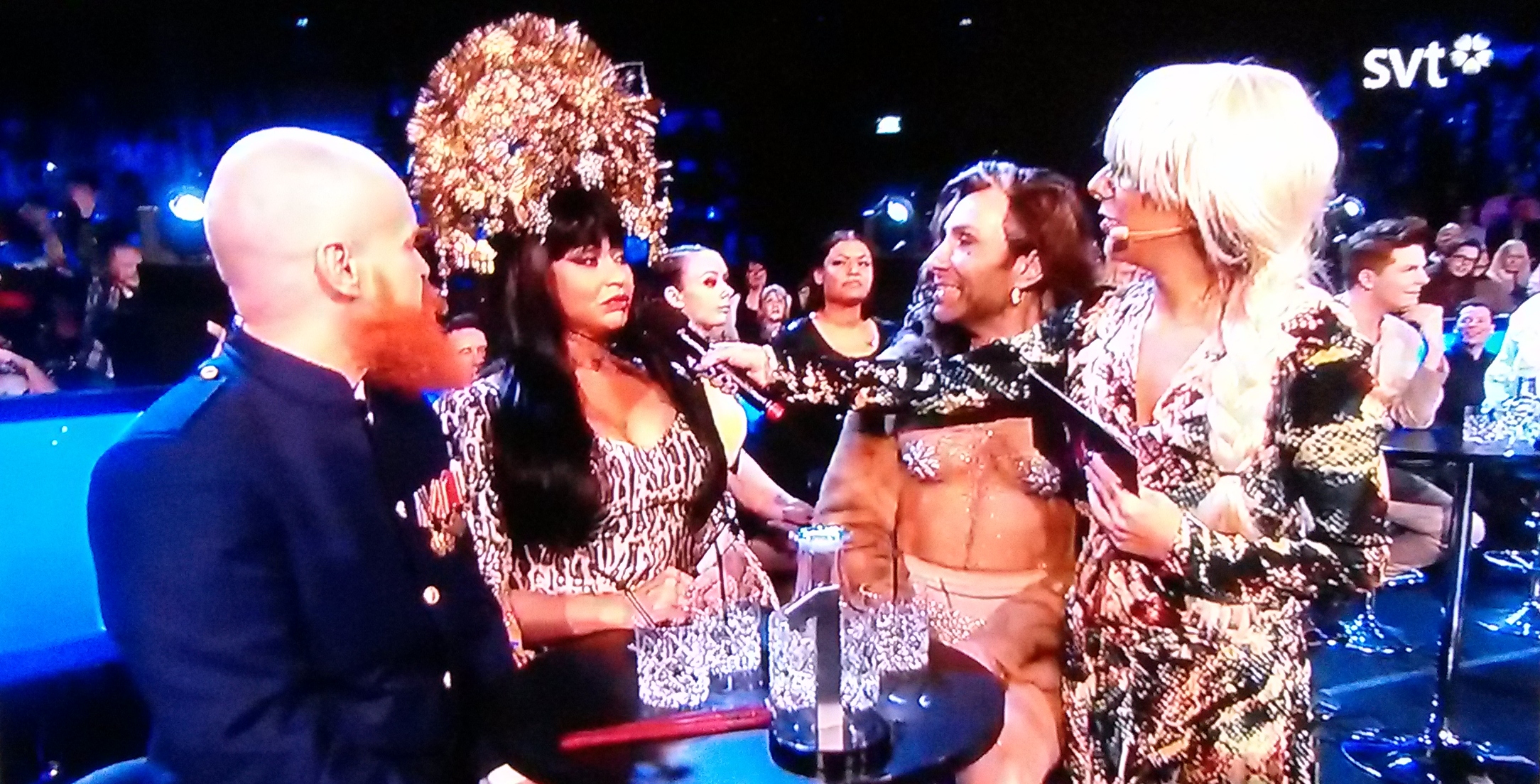 This week, Swedish TV SVT, has announced the hosts for next year’s Eurovision Song Contest as Måns Zelmerlöw and Petra Mede. I’m really excited about this, as I like them both very much. But as much as I love Eurovision, I’m more of a fan of Melodifestivalen, the Swedish finals leading up to Eurovision. Eurovision is fun, but Melodifestivalen has passion. While the UK looks at Eurovision as a bit of a joke, the Swedes take Melodifestivalen very seriously.

But one of the things which has kinda annoyed me in recent years has been the tendancy for Swedes to sing in English. Yes, I know Swedish is not exactly the universal language of pop. But when ABBA, for example, won Eurovision in 1974, they sang in Swedish at Melodifestivalen, and then in English at Eurovision. I think this is a cool model. As much as a universal language interests me, I’d like to think people could speak their own languages too.

Also increasingly, I’ve noticed over the last few years an awful lot of Swedish pop singers have only been singing in English. But in the last year I’ve noticed a few Swedish singers have discovered their “Swedish Pride”. Interestingly, some of the most obvious ones have been the children of immigrants. I wonder if this is a response/reaction to the rise of the anti-immigration party, Sweden Democrats, or am I reading too much into it? Here’s a few examples:

I actually recognised someone from the last clip. Small world.