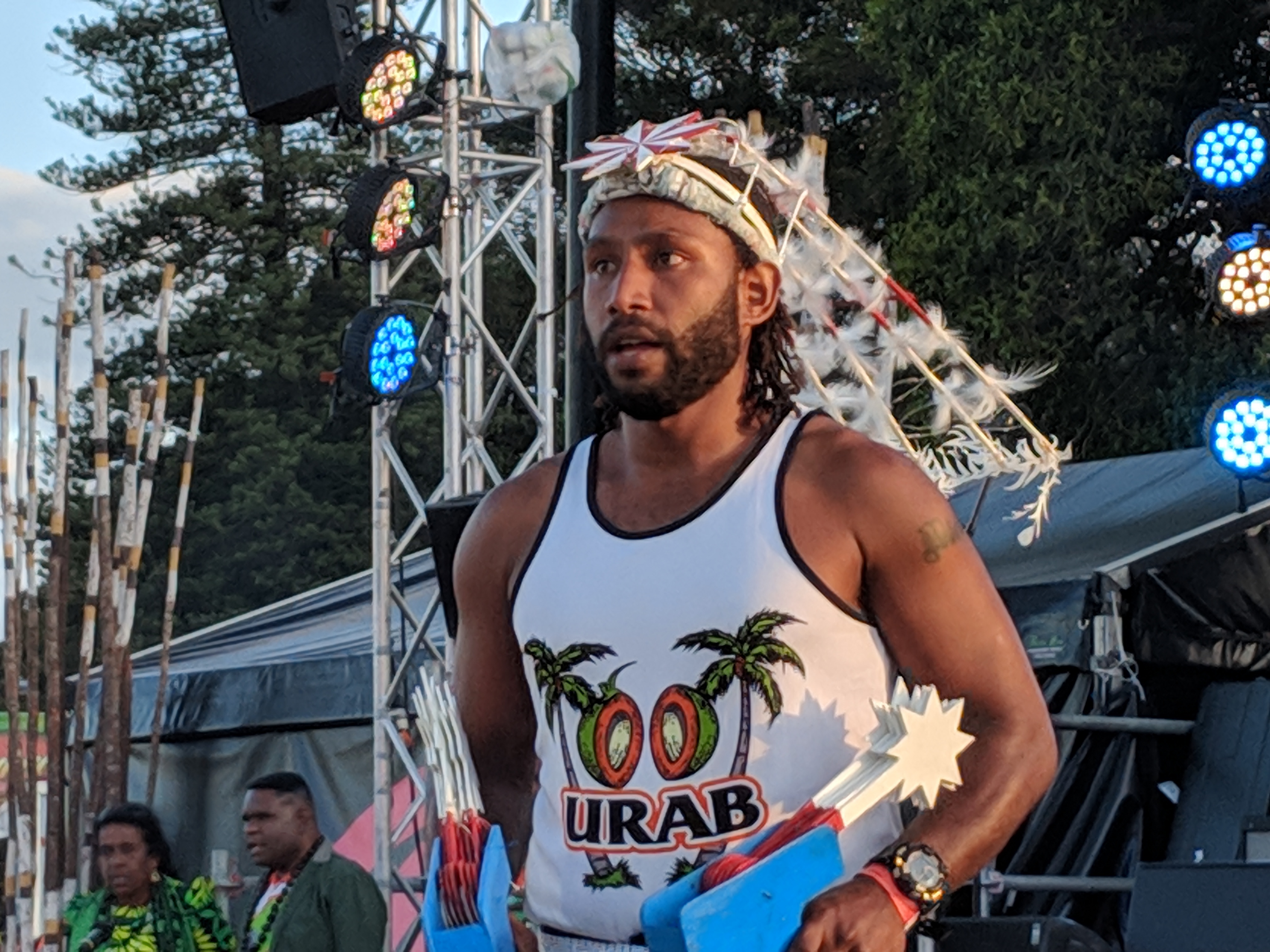 Today, my friend Kate and I spent quite a few hours at Dance Rites, a celebration of First Nations culture at the Sydney Opera House.

Though we didn’t stay around for tonight’s performances (we’re not as young as we used to be), we were there for the massive opening “contemporary corroboree” as Rhoda Roberts called it, and for the dance “competition” featuring lots of “grass roots” groups, mostly from the East Coast and from the Torres Strait. They performed in a range of traditional, as well as contemporary styles. It was an awesome insight into the many different cultures around the country.

As well as the dancers from Australia, there were also performances by other First Nations people from Canada, the United States and Aotearoa (New Zealand). The dancers from the US were especially warmly welcomed, with their fantastic outfits, energetic performances, and thumping musical beats.

For me, a great discovery came in the music of many of those performing from the Torres Strait, and North Queensland islands. “You love the drums, don’t you?”, Kate said to me, when I mentioned this to her. “Absolutely”, I told her. Great vocals, great drums. This is definitely going to be an area of musical exploration for me.

A particular call out from today was the MC who was informed, funny, and knew everyone in the audience it seemed!! We’ll be heading back tomorrow night (Sunday) for the finals, being held at the Sydney Opera House from 6.00pm. It’s highly recommended.

And here’s some animations, which hopefully show some of the movement of the activity.