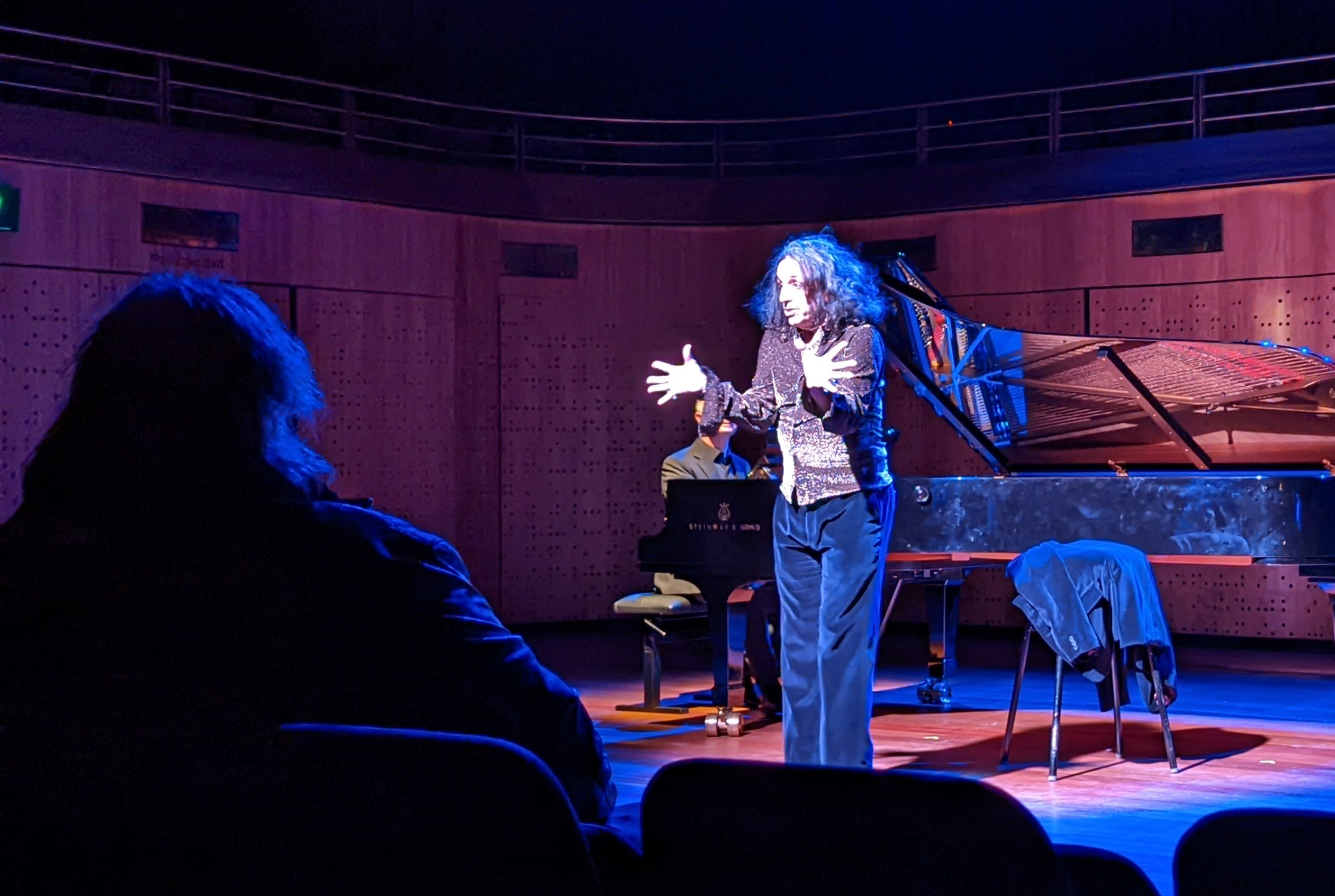 Capsis at The Wharf

“I’m not sure I’d like to spend an evening over a few bottles of wine with him”, I joked to my friend, as we chatted over dinner, having seen Paul Capsis perform earlier in the night.. The musical universe he occupies is very sad. That said, I LOVE sad tunes, the melancholy, and so I’m probably just as sad in my musical tastes, and probably just as sad as someone to spend their time with.

We’ve both seen him perform a number of times previously, and have a personal connection through his manager. https://jamesobrien.id.au/?s=paul+capsis

Paul is a remarkable performer, in cabaret, theatre, and film. You might also know Paul from his performances in a range of movies, including “Head On” and “Carlotta” https://www.imdb.com/name/nm0135697/

A lot of people describe themselves as “fluid” these days, in terms of gender and sexuality, but as Paul commented at the show, “I’m not fluid, I’m a flood”. The last time I’d seen him perform was only a few years ago, but as Paul rightly noted a long time ago, a lot has happened since then.

Friday night’s performance, at “The Song Company” featured some of his favourite/influential music, from the works of Brecht/Weill to Elton John. Though a couple of years older than me, I connected strongly with the songs he chose. “Cabaret”, for example which Paul performed recently as the MC, has been strongly influential in my life.

The song by Elton John, “Sorry Seems To Be The Hardest Word” (performed beautifully by Paul) is one of my all-time-favorite-songs due to its very honest lyric. There were moments, as we listened to Paul when I felt so incredibly sad. The lyrics of the songs chosen were so beautiful. And the minor tone. I love a minor tone! There were also moments of comedy and intrigue. For example, the lyrics for “Mack The Knife” was updated to include contemporary Sydney. Who was the rapist and the misogynist Paul referred to in the updated lyrics?

As my friend and I chatted over dinner, we reflected on the melancholy in his work. Dinner, by the way, was at Lavana Tapas which we both highly recommend.