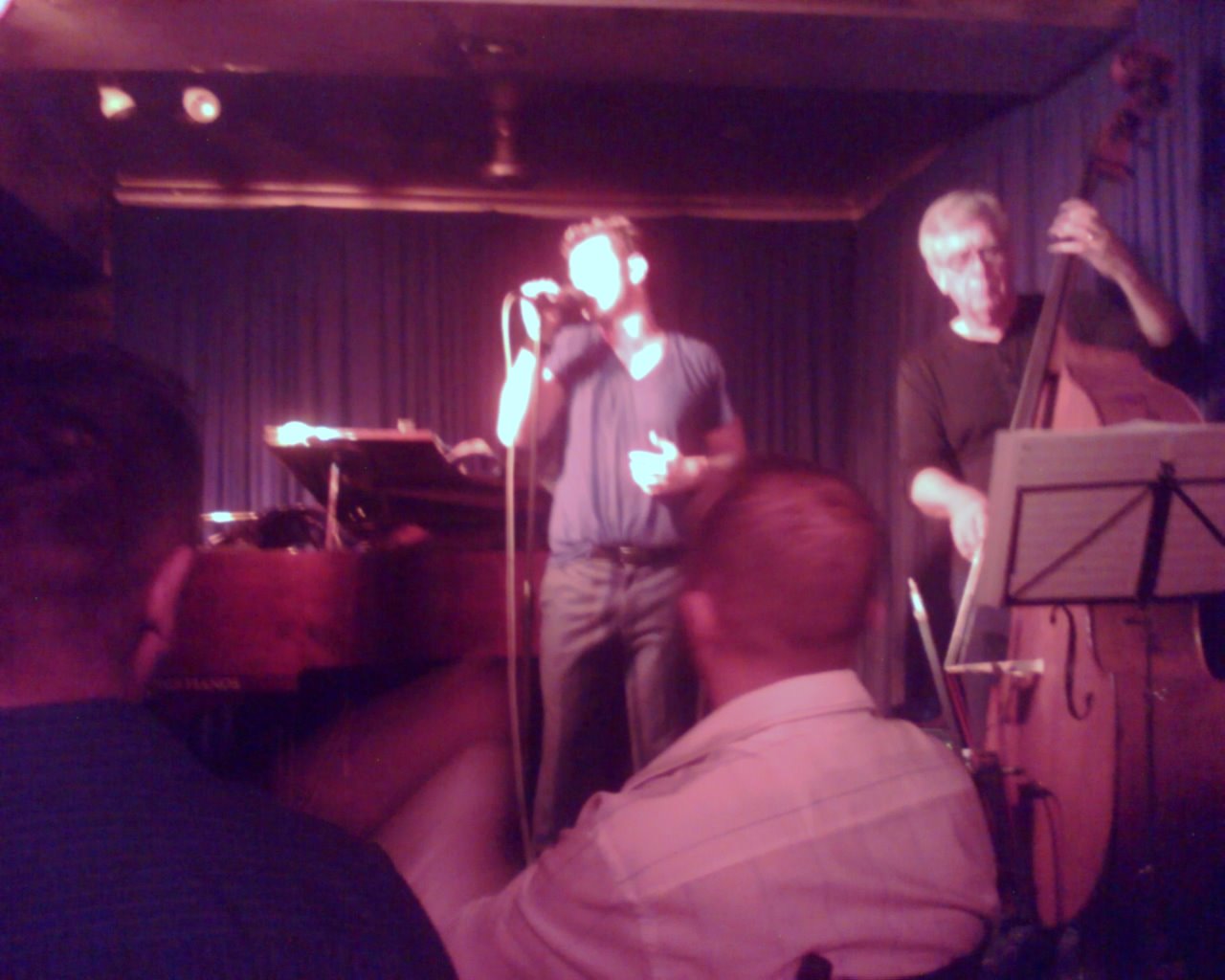 This was the first time I’ve ever seen David Campbell perform in cabaret before. The only other time I’ve seen him live was in the musical, “Only Heaven Knows” about 10 or so years ago at the Sydney Opera House. And so I was both excited and curious about going to the show at what I think is Sydney’s best cabaret venue, Bar Me.

I’ve always felt a bit of a connection to David Campbell, mostly due to his interesting and unusual family upbringing. I’ve also really liked the fact that he was willing to give most things a go, an issue to which he referred in the show declaring that, like Bobby Darrin, he wants to be known as an entertainer, not labelled in any limiting kind of way. And that’s what he did in the show, he entertained us. The 90 minute show just flew and I never had a moment where I was checking the time or looking around the room as he provided a totally captivating show.

Back in April, I saw Tim Draxl at the same venue and I suppose I can’t help but make comparisons between the two, especially as both were discovered by legendary Sydney cabaret producer, Les Solomon. Campbell is clearly a much better performer, far more in control of what he does, evident in the eclectic selection of material. Unlike Draxl, who stuck fairly closely to the standard show tune formula, Campbell was more willing to take a few more risks, including numbers by Johnny O’Keefe, for example and in Mr Bojangles, unafraid of the obvious comparisons with every other performer who has sung the song before. But because he was seemingly unafraid, he delivered a truly magnificent version of the song, easily the best I’ve ever seen performed live. Sometimes, however, I thought Campbell oversold songs a little too much, sometimes he was a little too physical. And although it’s not a bad thing too sweat on stage, sometimes I thought he sweated where he didn’t need to and perhaps he could pick up a thing or two from Draxl in underselling a song.